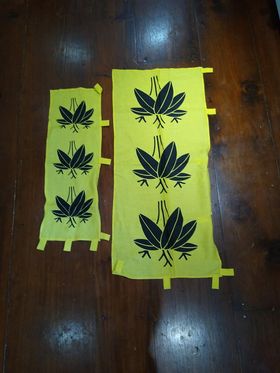 These 2 sashimono are in stock, and ready to ship. Made from traditional hemp linen with traditional print.  May have some blemishes.  Sold as seen and as in condition.