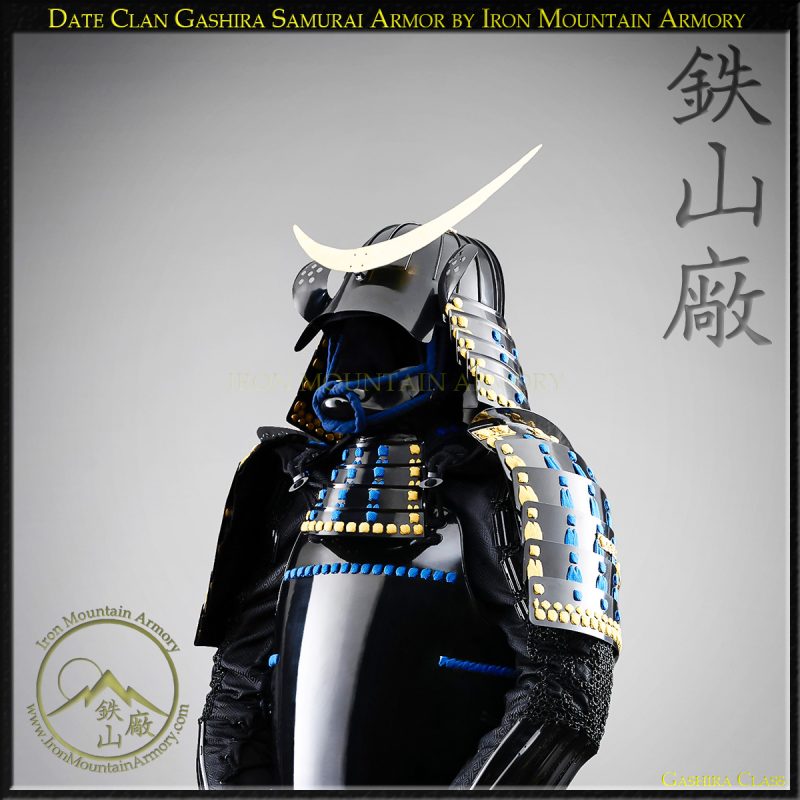 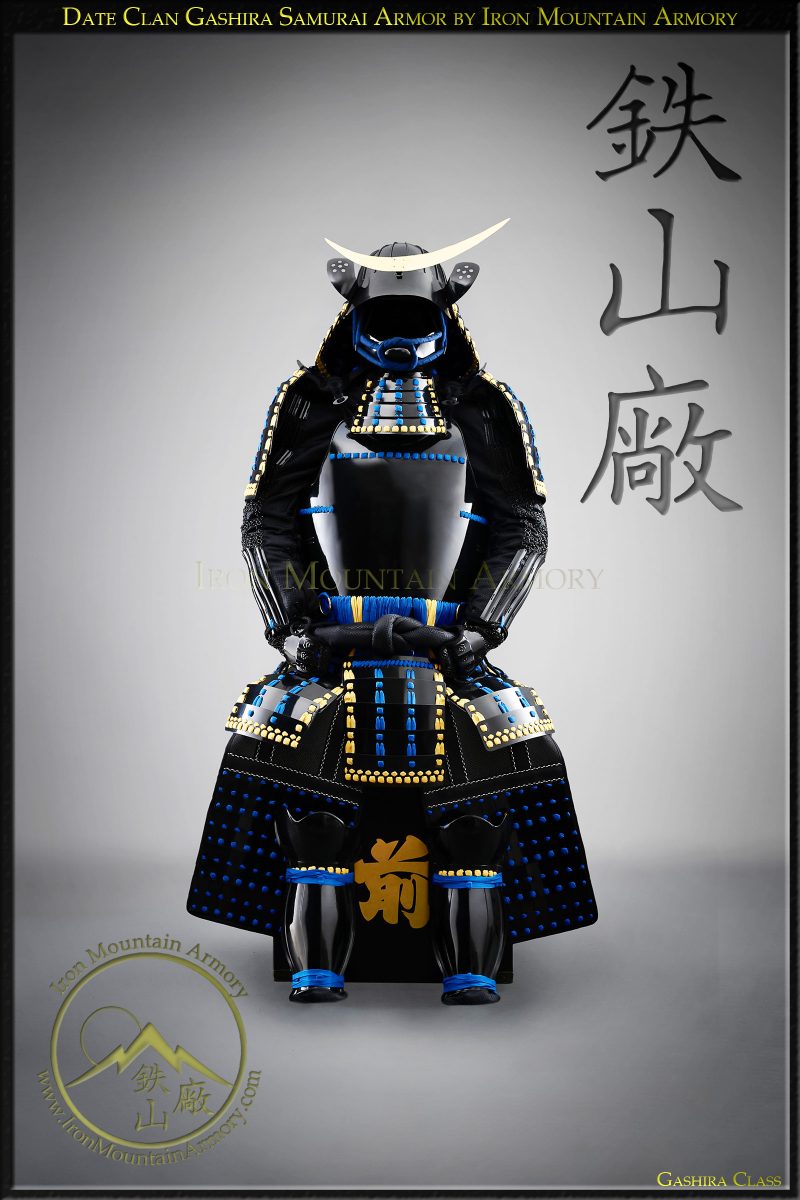 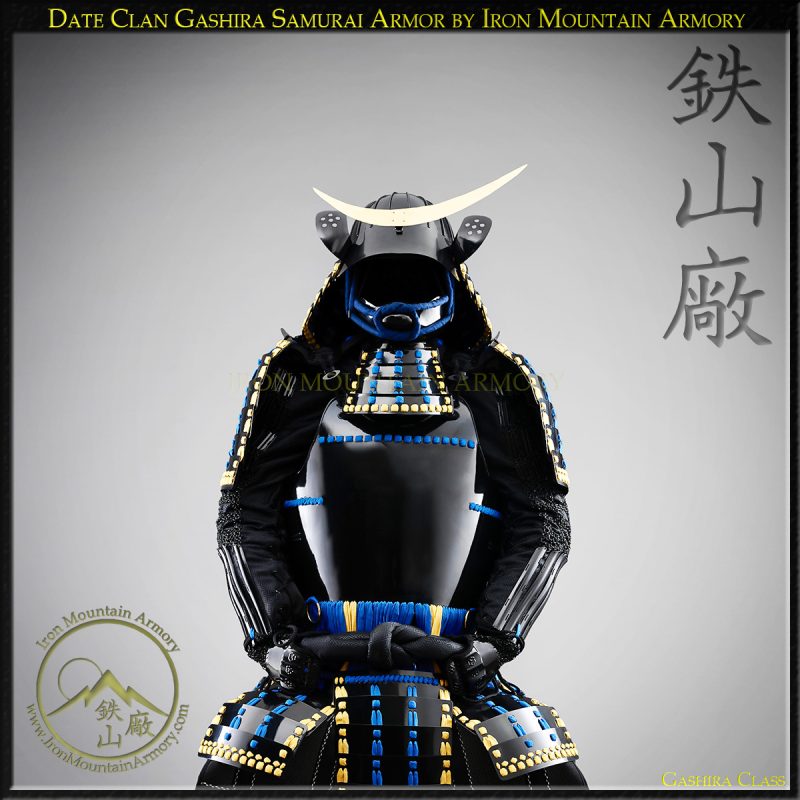 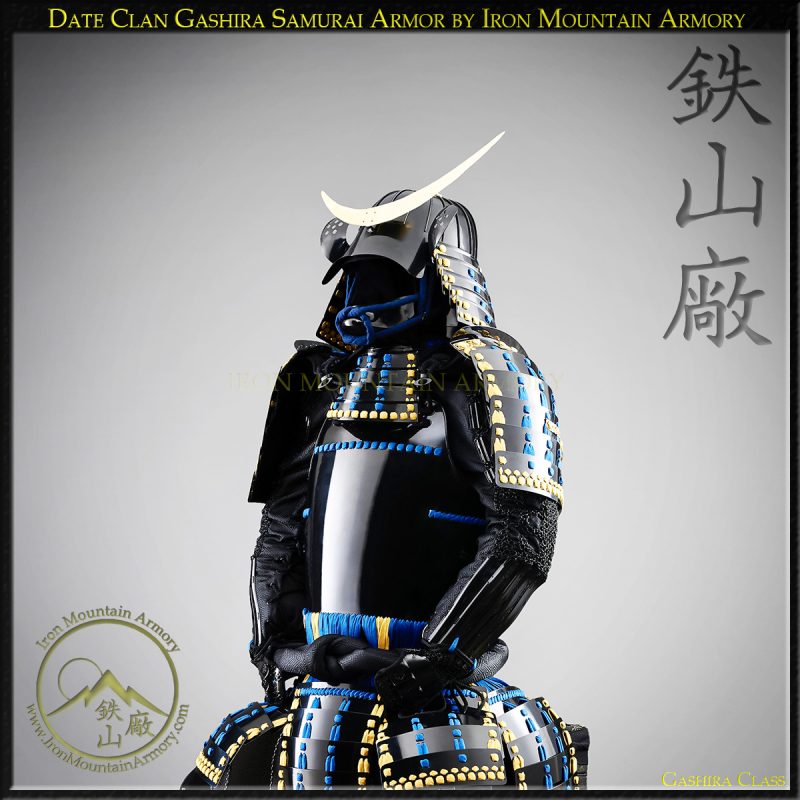 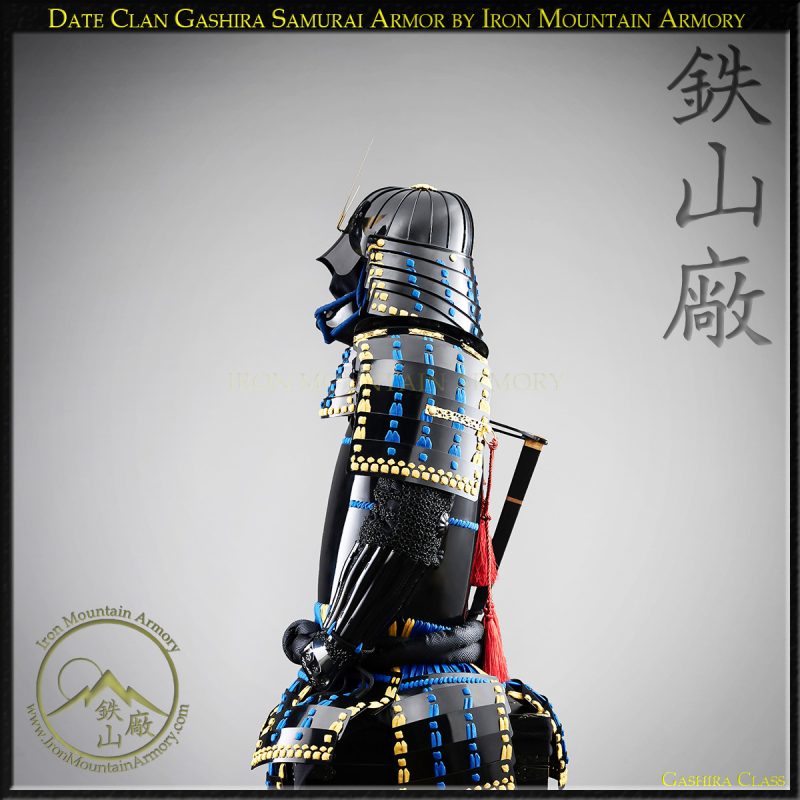 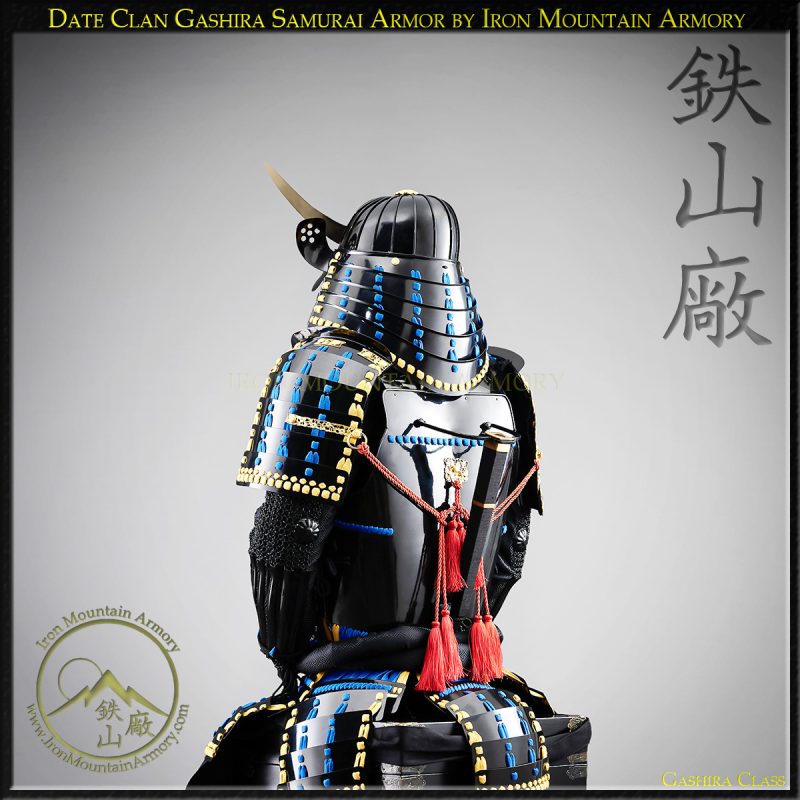 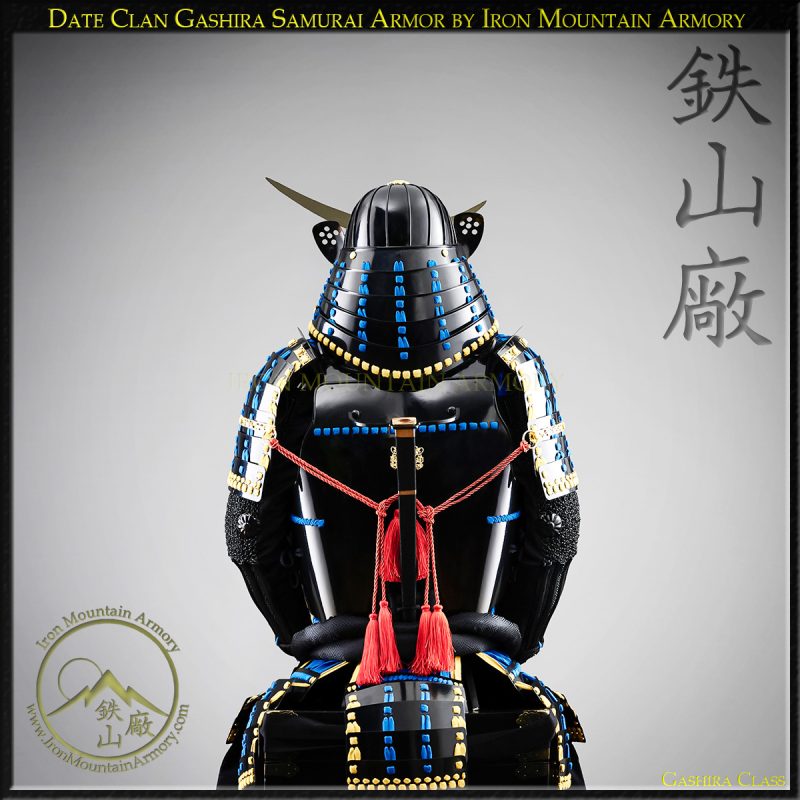 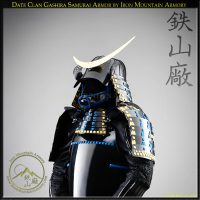 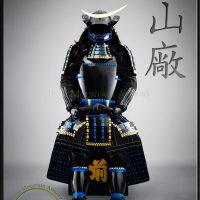 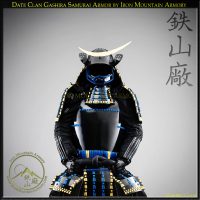 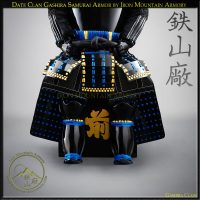 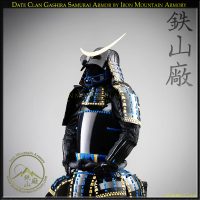 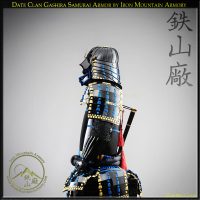 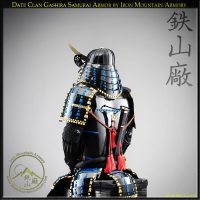 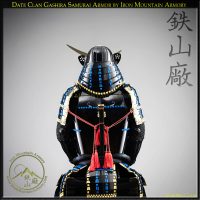 Condition: New In Box, with Some Possible Blemishes, As seen In Pictures, No Warranty

Date Clan Samurai Armor is a Gashira Class armor set crafted by the talented armorers of Iron Mountain Armory. Featuring a Nimai Hotoke-Do tosei resembling the 5 section Gomai–Do Yukinoshita, which were favored by the Date Clan.  The Nimai Hoteke Do tosei (Ni-mai Ho-tok-e) is a more modern 2 section smooth faced cuirass. The term hotoke alludes to the visual similarities of the round bellies of the Buddha statues. This new bold tosei style of armor with its smooth finish became very popular among high ranking and wealthy samurai alike.  Not only was it a completely new style of armor design, but it also resembled a Nanban-Do (Southern Barbarian Cuirass), imported western style armor sets. Because the Nanban-Do themselves where quite costly, the new Hotoke-Do became the fashionable alternative. This style of Do became even more famous when it was worn by Tokugawa Ieyasu, which was covered in gold dust. This Gashira class Date Clan samurai armor set is a more modern and economical version, with similar look of gusoku (matching samurai armor set) worn by the Date Clan.

Date Clan formed ~1185 and was named after the Date district of Mutsu province by Minamoto no Yoritomo for his loyal service to the Isa (Fujiware) Totomune.  The Date clan initially sided with the Southern Courts but eventually submitted and sided with the Ashikaga clan.  The Date clan roue up to their height of power during the end of the Sengoku era under the rule of Date Masamune (1566 – 1636).  The Date Samurai Clan favored the G0-Mai Do (5 section cuirass) over any other, however due to popular request, the Iron Mountain Armory has produced this Nimai Hotoke-Do tosei or more specifically Muna-Tori Kotoke-Do (smooth faced Do with a laced top section) to resemble the traditional G0-Mai Do.  The Hachi Goshozan kabuto features the Date clan’s trademark crescent moon maedate (crest) but of course we can change both the kabuto and maedate as you wish.

Our experienced katchû-shi (Japanese armor smith) at Iron Mountain Armory, will craft your Gashira class armor using traditional samurai armor designs with the implementation of some modern techniques and tools. This particular set was used for product pictures (as seen) and is considered Like New condition.

This suit is in stock, ready to ship. Please allow 1 week for preparing paperwork and shipping of your order from date of payment.