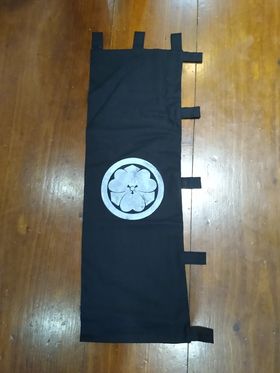 This sashimono is in stock, ready to ship and sold as seen.