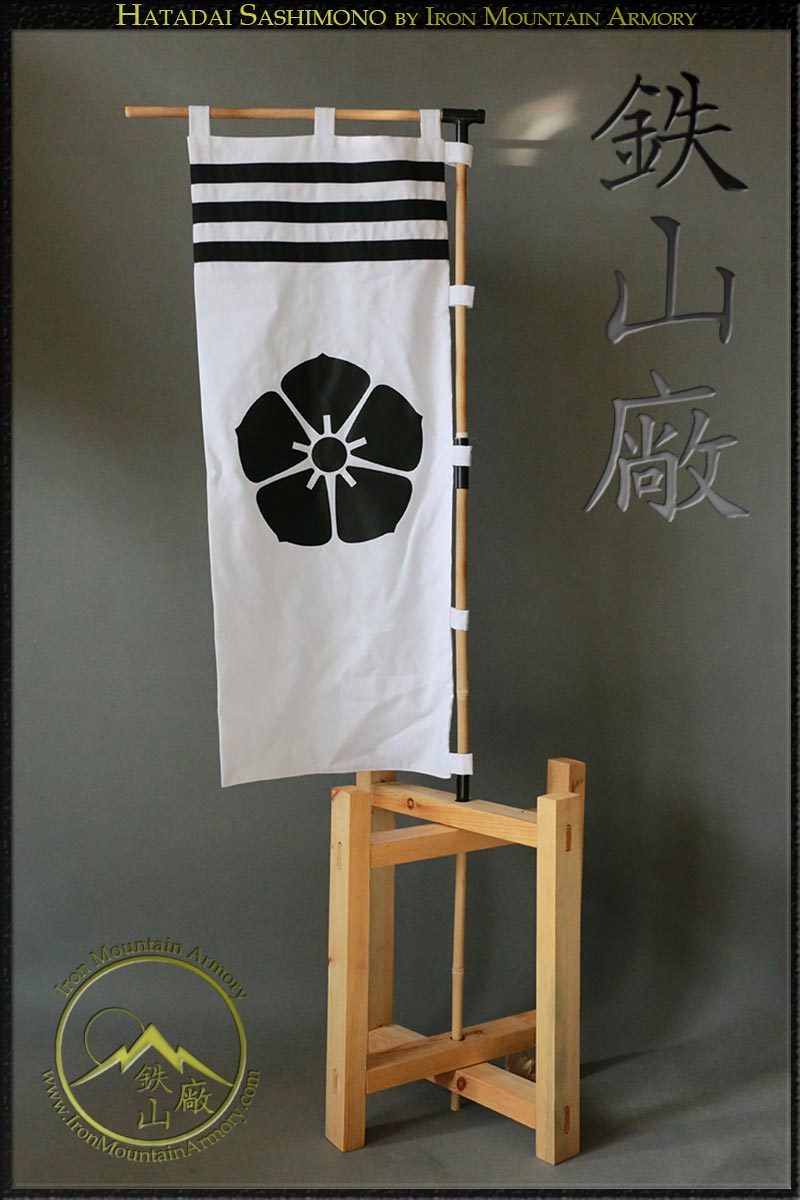 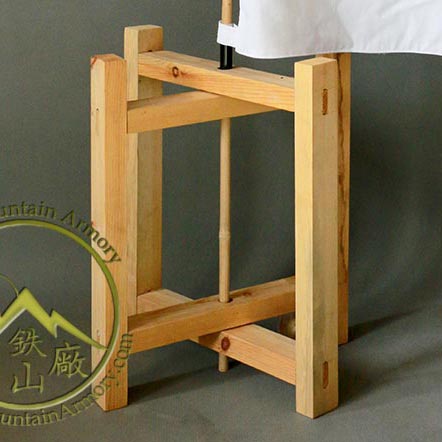 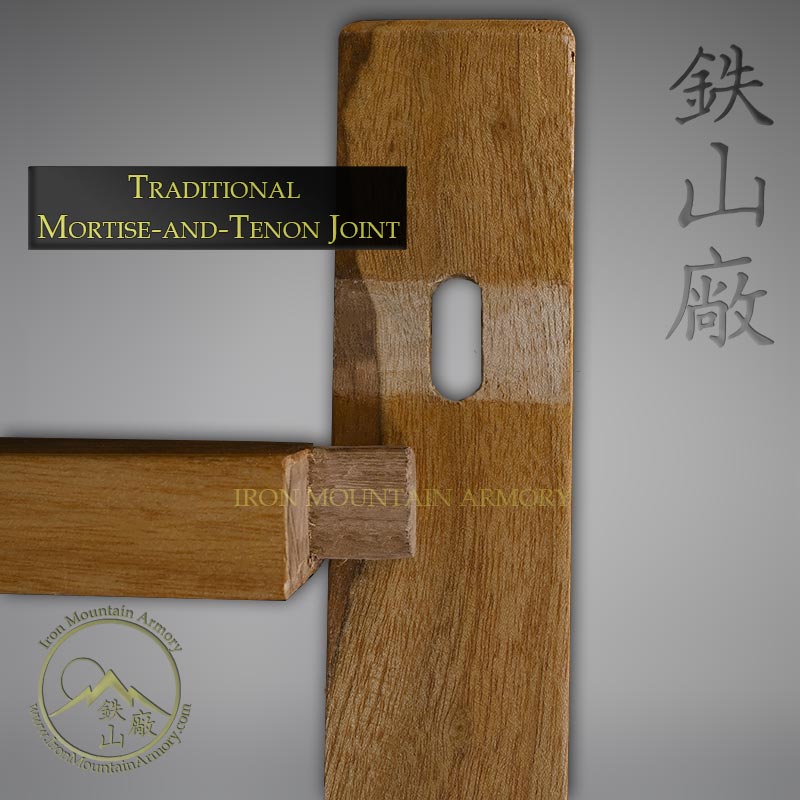 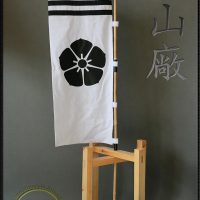 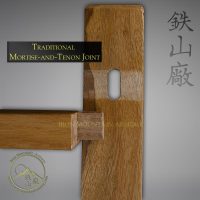 Hatadai (旗台 Banner Stand) were used to display sashimono (battle flag) or hata-jirushi (hanging banner). A tritonal design, handcrafted from quality wood using a strong and traditional Mortise-and-Tenon joint.  Hatadai have been used throughout the history of Japan, all through the Sengoku era (warring-states period) until present day. Honoring one’s samurai clan and affiliation to a Daimyo, Shogan and/or Emperor was often done by using a sashimono or hata-jirushi.  In the Daimyo’s command tent and on the battlefield,  sashimono and hata-jirushi were placed in hatadai to mark unit designations and rally points.  Off the battlefield the samurai banner stand was used to display banners during ceremonies, alongside armor sets and in shrines. Iron Mountain Armory crafts this portable wood hatadai so you too can honor your Samurai clan and Daimyo affiliation by proudly displaying your sashimono or hata-jirush.  Assembly and disassembly is quick and easy for packing and storing. Crafted specifically to support our Sashimono-Dake no Koto (Bamboo Banner Pole).