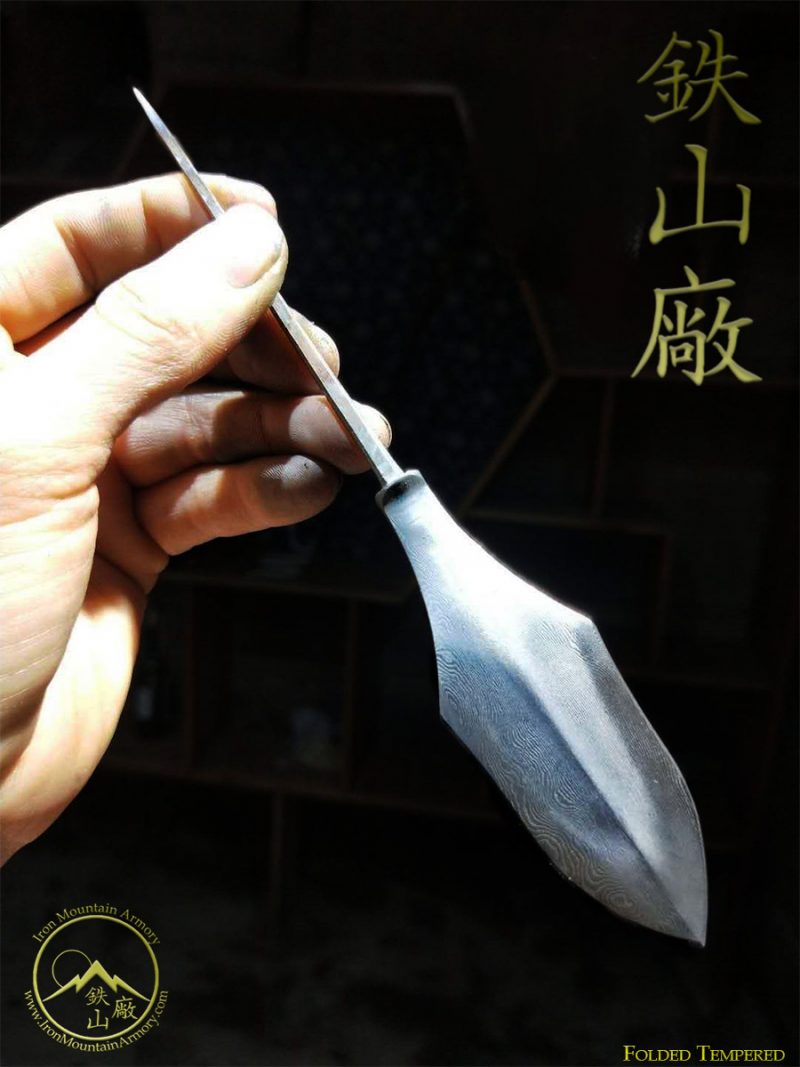 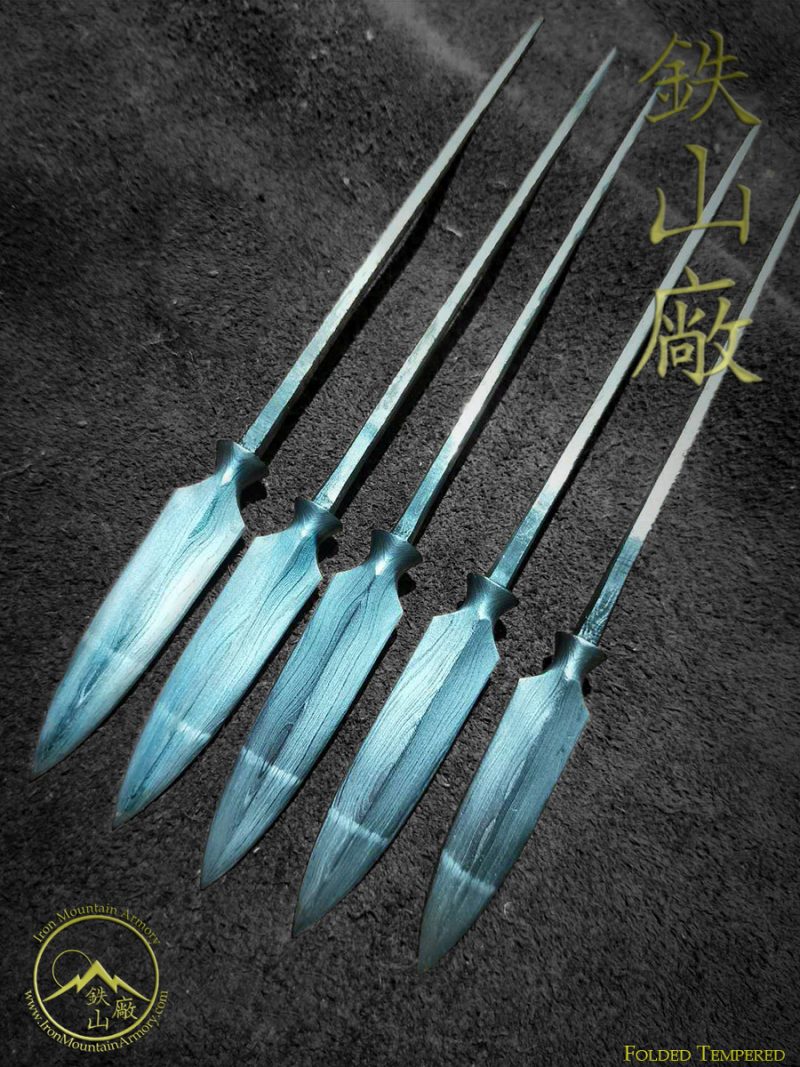 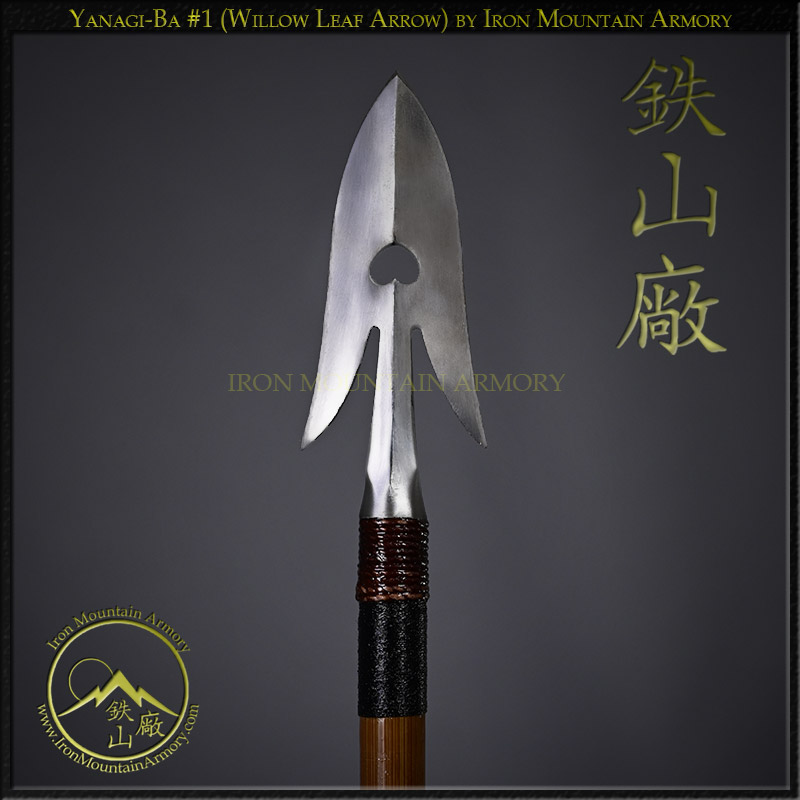 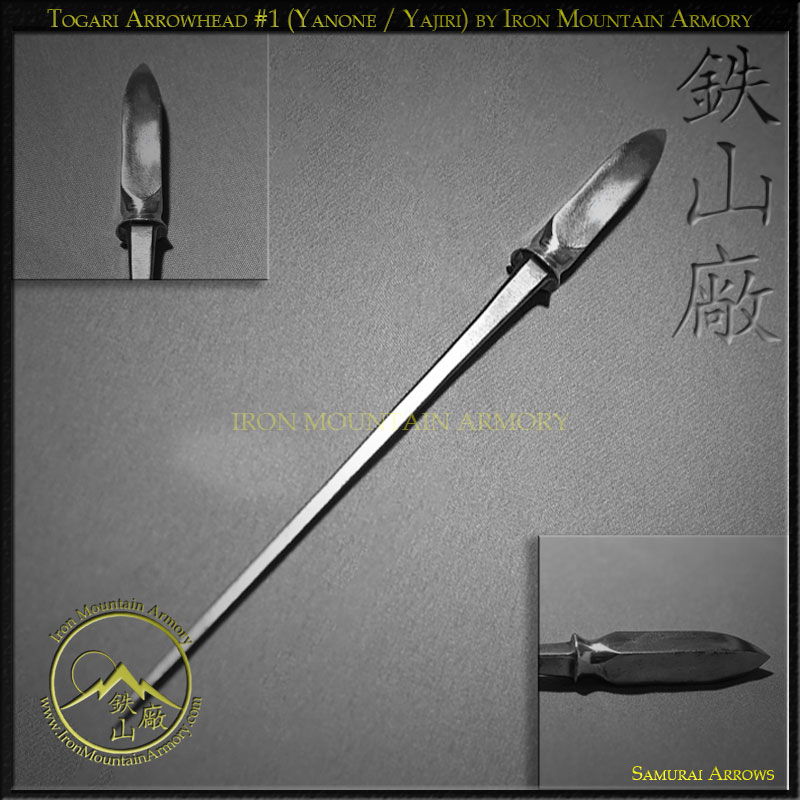 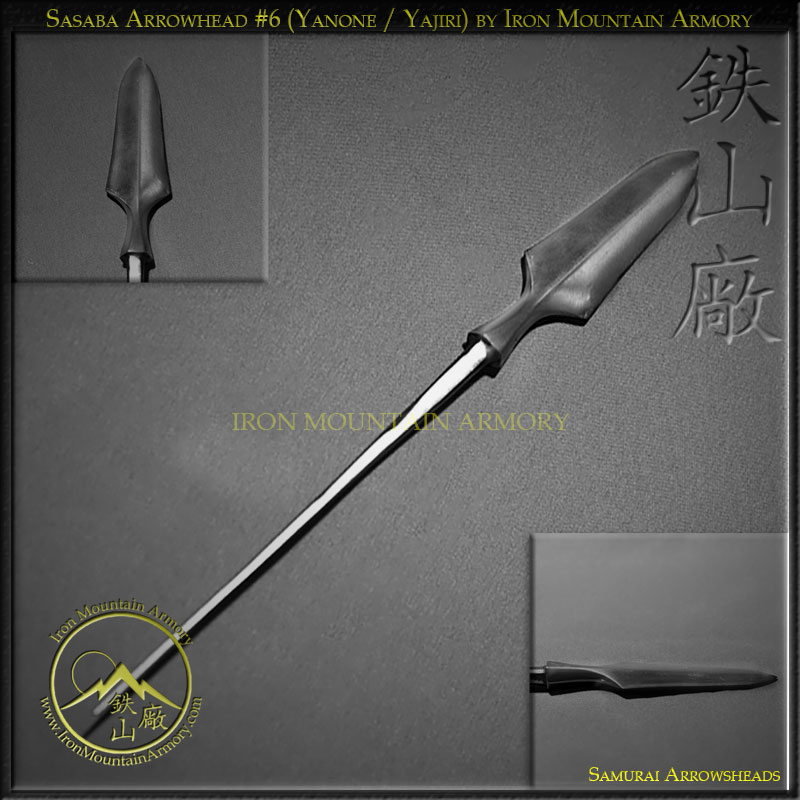 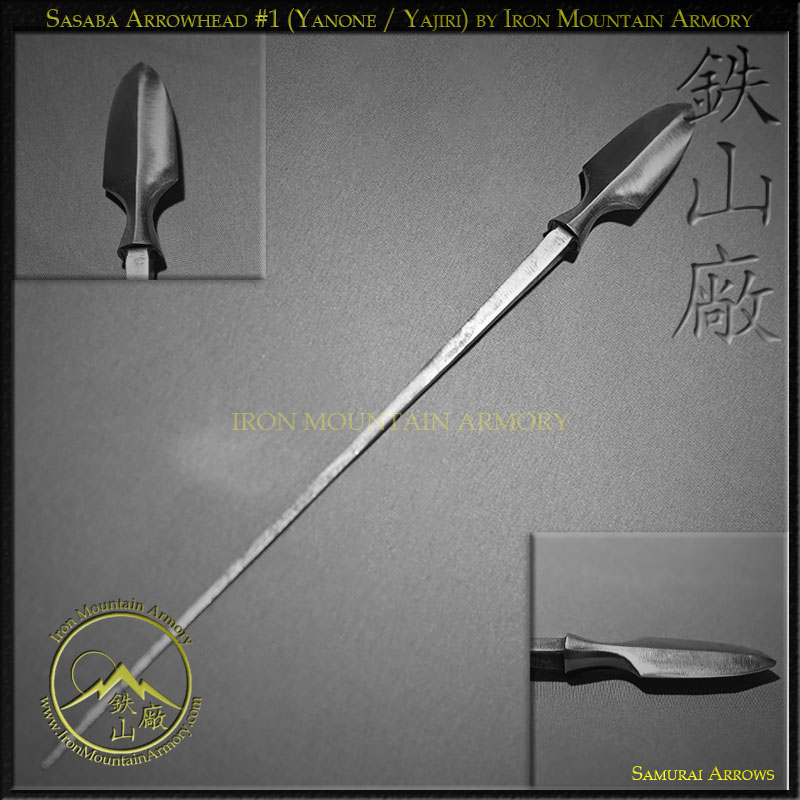 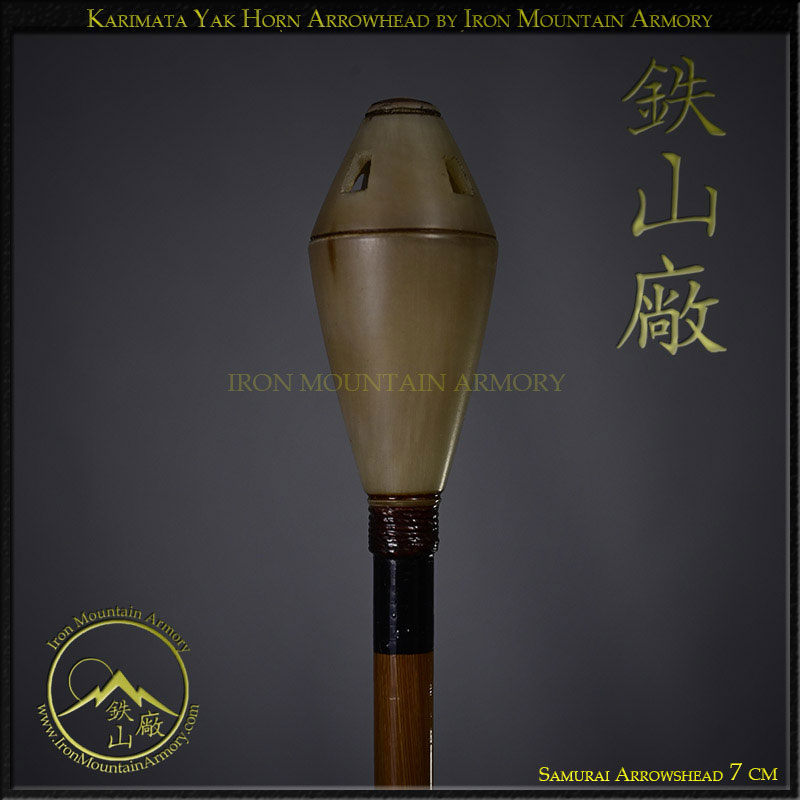 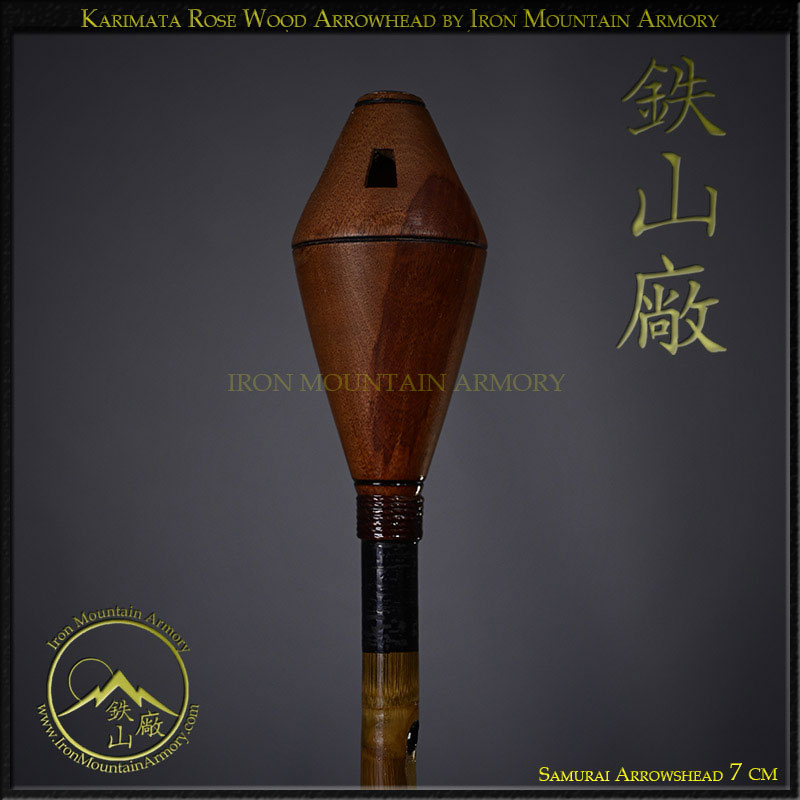 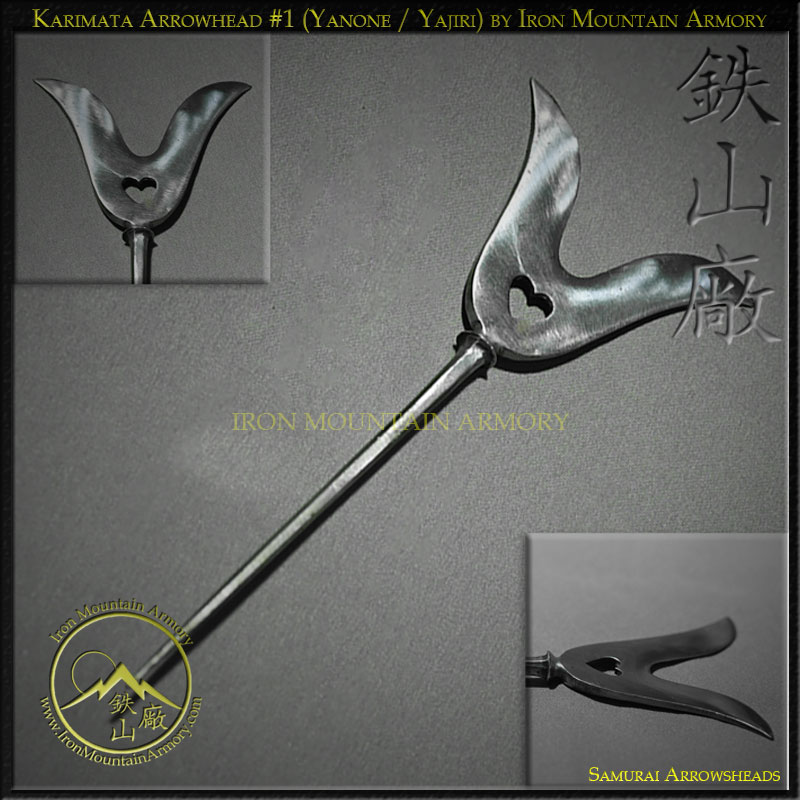 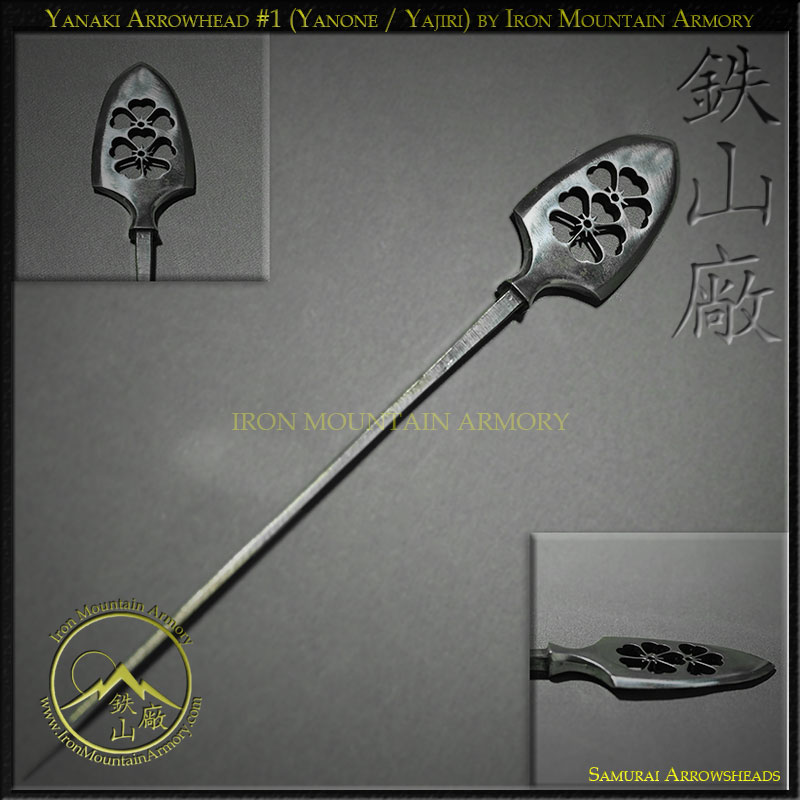 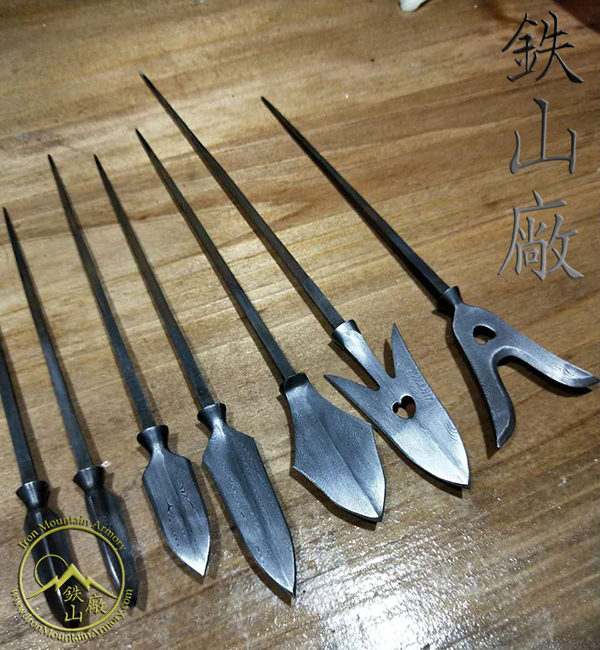 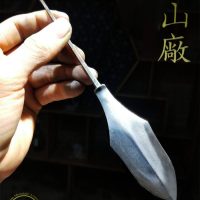 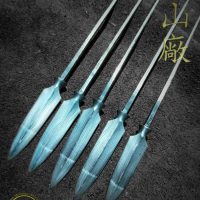 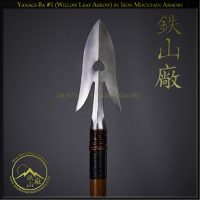 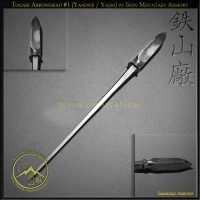 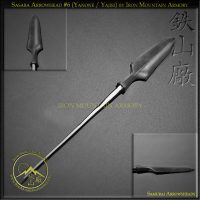 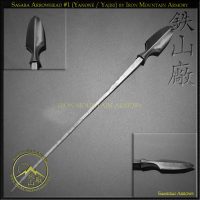 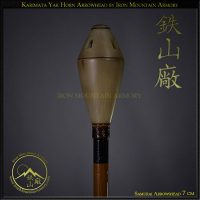 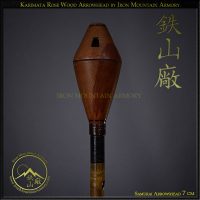 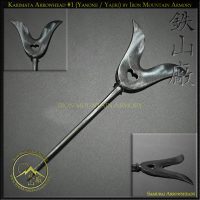 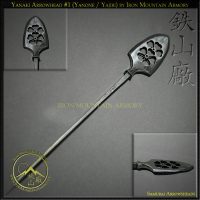 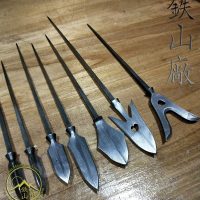 Yanone / Yajiri are samurai arrowhead commonly known as “yanone” but also as “yajiri“.  The yanone samurai arrowheads were made in all different shapes, sizes, lengths and designs. Some used for war, hunting, target practice, ceremonial and prized gifts to be proudly displayed by the Samurai or Daimyo. The weapon of choice for samurai has always been the Yumi bow. Archery from horse back or on ground, the bow was an essential part of samurai warfare and culture. This culture continues today through the practice of Koshiya Kumiyumi or “battlefield archery”. Even more so popular is  Kyudo (Way of the Bow) which was formed during the relatively peaceful Edo era.  Kyudo is now known as a “modern” Japanese archery.

As mentioned the yanone varied greatly depending on their intended use. Examples of these special purposes could be piercing heavily armored samurai, their horse, lightly armored ashigaru foot soldier or the neck of a water bird. These designs would often be combined so they can effectively serve multiple purposes.  For example a “togari” resembled tip of a lance meant for piercing armor. A “wata kuri” resembled the barb on a fishing spear, meant for piercing the flesh and locking itself inside its victim. This was known as the “stomach ripper”, for when it was pulled from the wound. The two designs would be combined to make an arrowhead for piercing through armor and locking itself into its victim.  A togari would also be combined with a “torijita” (bird’s tongue), making a narrow tip to better pierce through armor and kusari (Chain Mail).  These arrowheads would be fitted on a bamboo shaft then fletched with the feathers of large birds of prey (hawks, eagles, etc) to make a beautiful and deadly ya (samurai arrow). The lengths of the ya would typically be between 90 and 104 cm.

There have been many display quality yanone made over the years but very few are traditionally crafted and/or functional.  Iron Mountain Armory has researched and worked closely with professional blade smiths for over 1 year to learn the secrets to properly craft a yajiri worthy for a samurai.  We give you the same honor a Daimyo or elite samurai would have, by handcraft each yanone to your specifications at the time of your order. We always aim to meet or exceed our clients expectations.  The result is the most historically accurate, traditional crafted, fully functional (target, hunting or display) and economical yanone in the world, crafted just for you.

If you would like something more custom, please email us with your design request for a custom quote.

We offer many options to accommodate the needs of all of our clients. If you need a custom crafted yajiri (traditional Japanese arrow-head) or ya (traditional samurai arrow) or have any questions about the items, options or details, please Contact Us via our online form or by clicking the “Contact Detail” box in the top right hand corner of this page to reveal our phone number and email address.

Our traditional yajiri are handcrafted at the time of your order by Iron Mountain Armory. Please allow at least 1 to 2 months for crafting. Please note that these are fully functional arrowheads which can displayed or mounted for use. It is clients responsibility to check all local and government laws before ordering. Iron Mountain Armory takes no responsibilities for any custom, legal or other issues with the purchase or use of this product. All items are handmade from natural materials and may vary in size, look and other details.