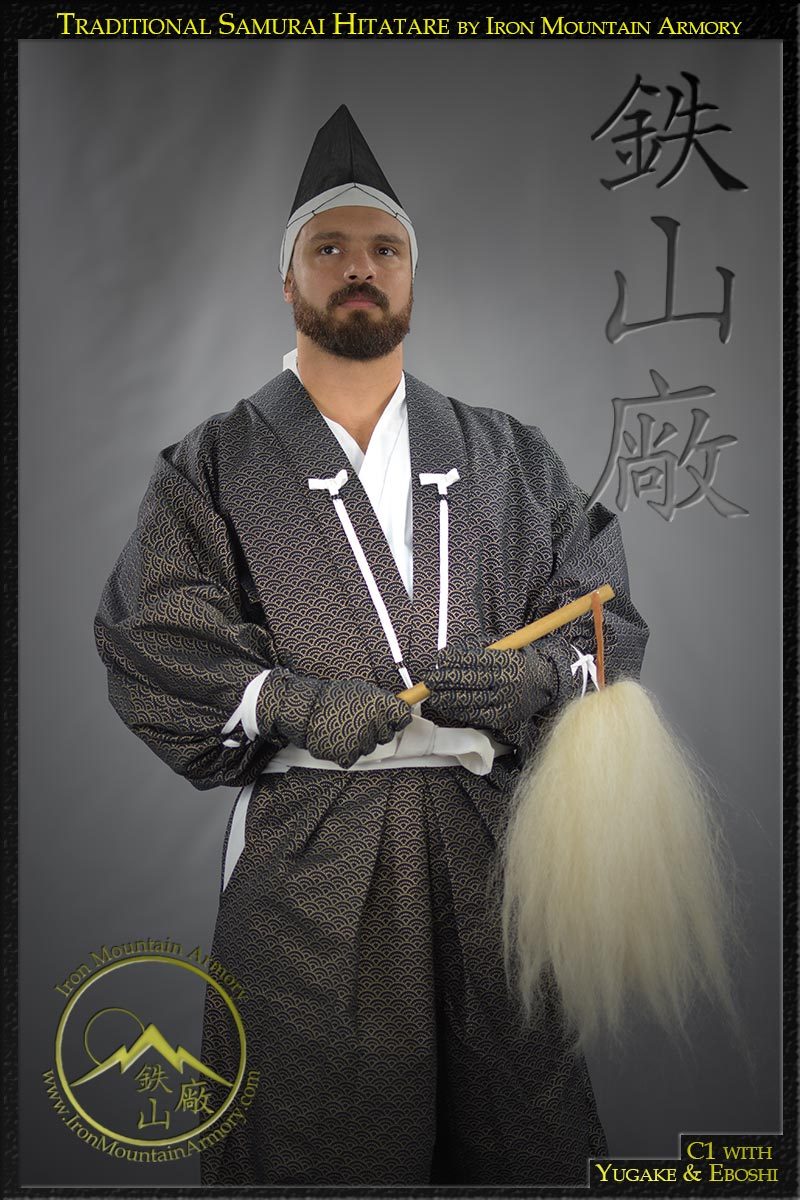 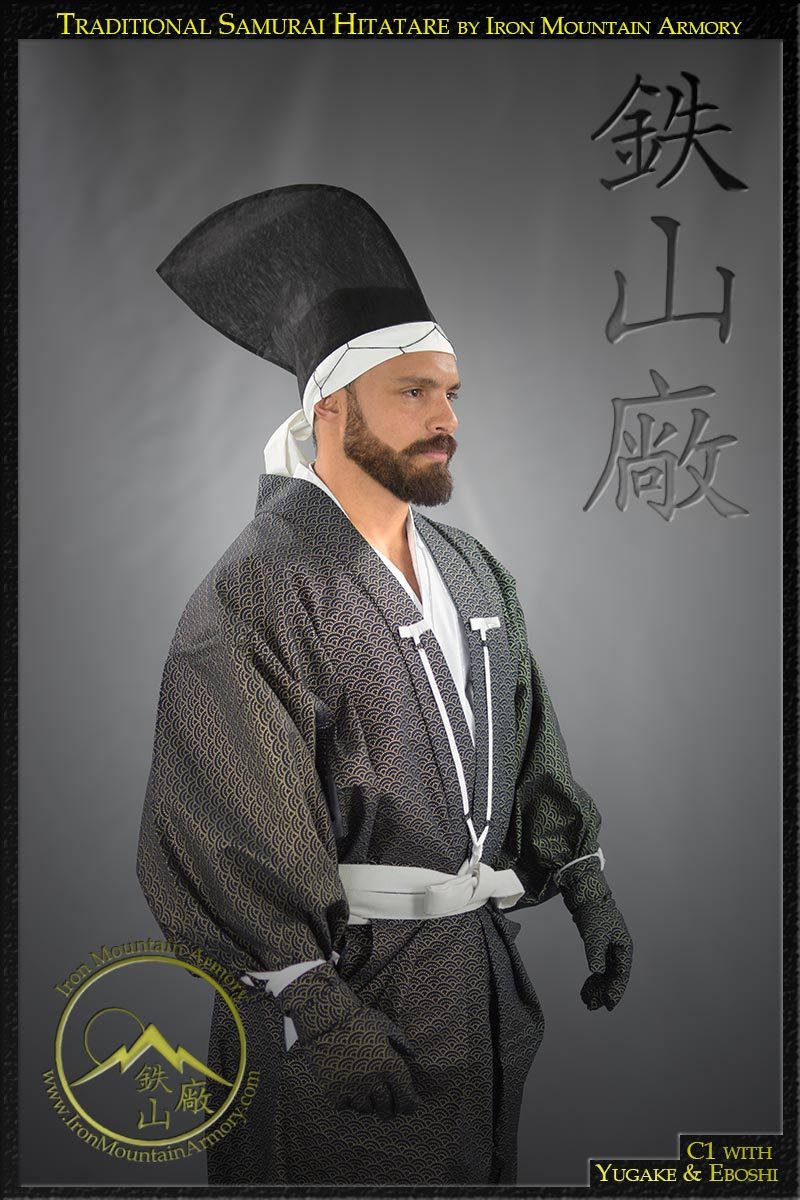 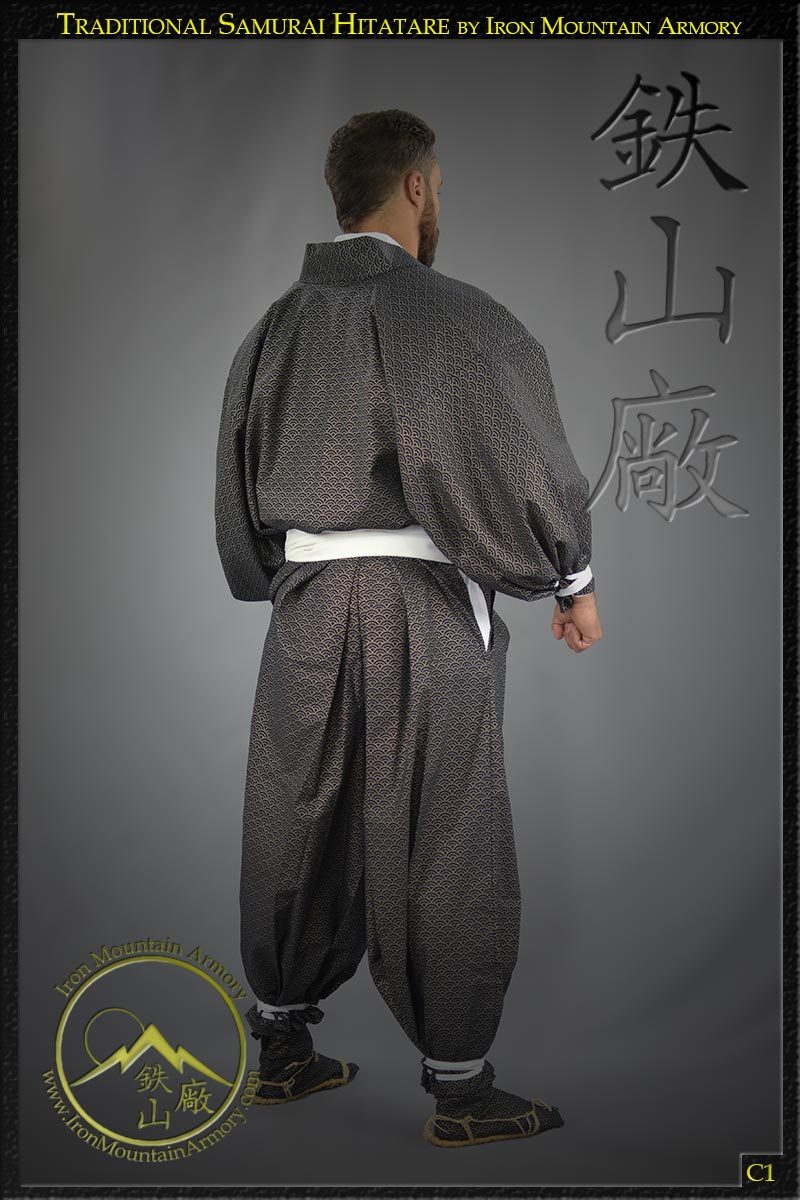 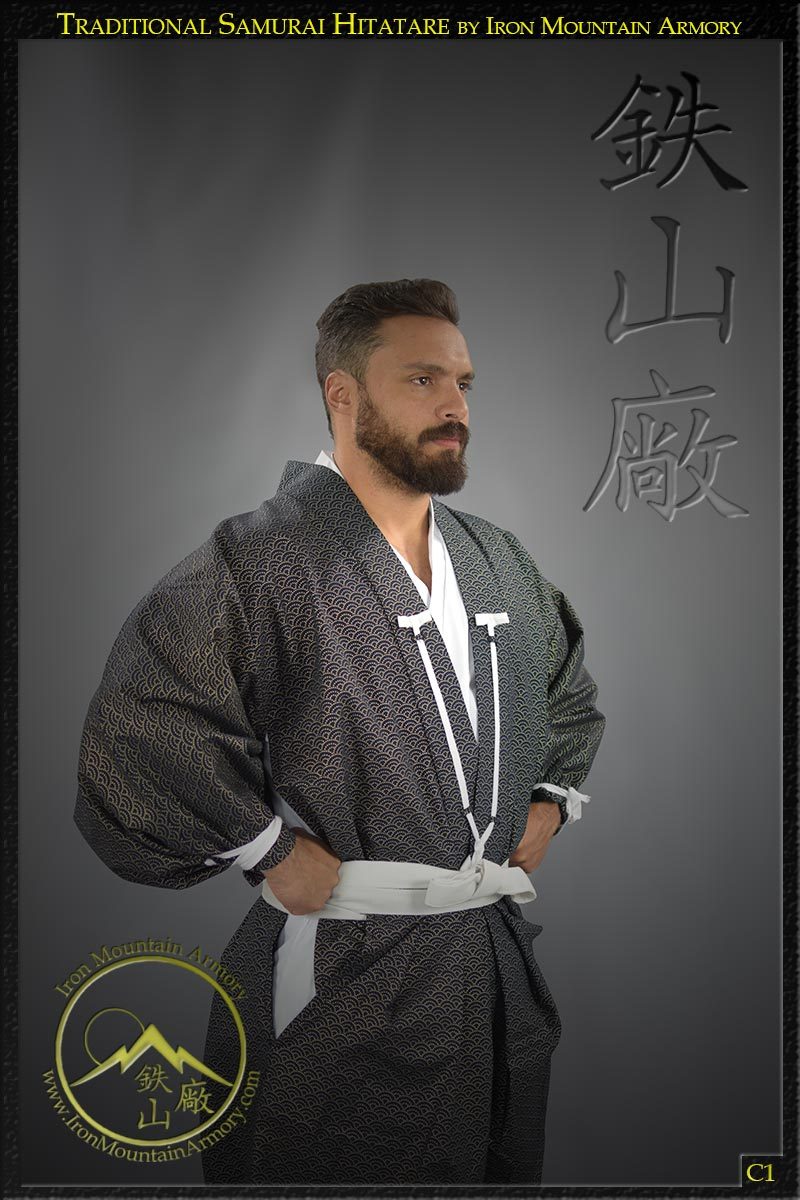 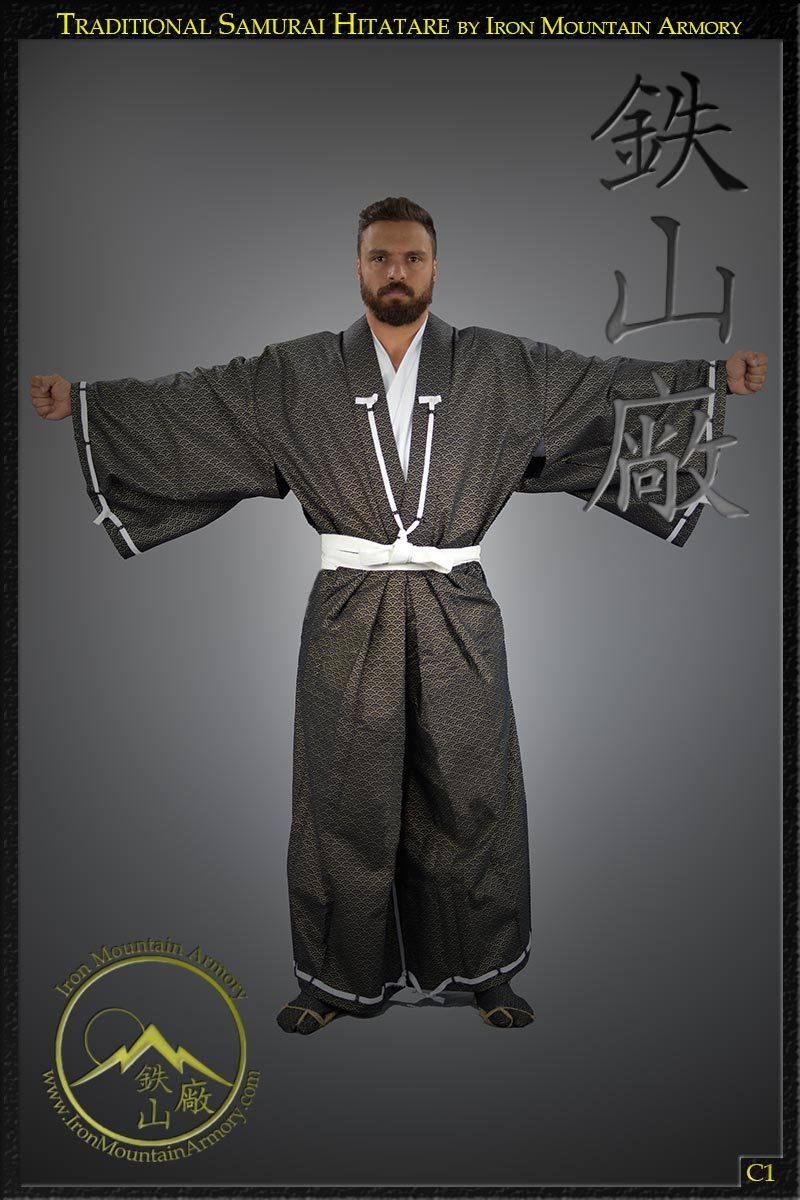 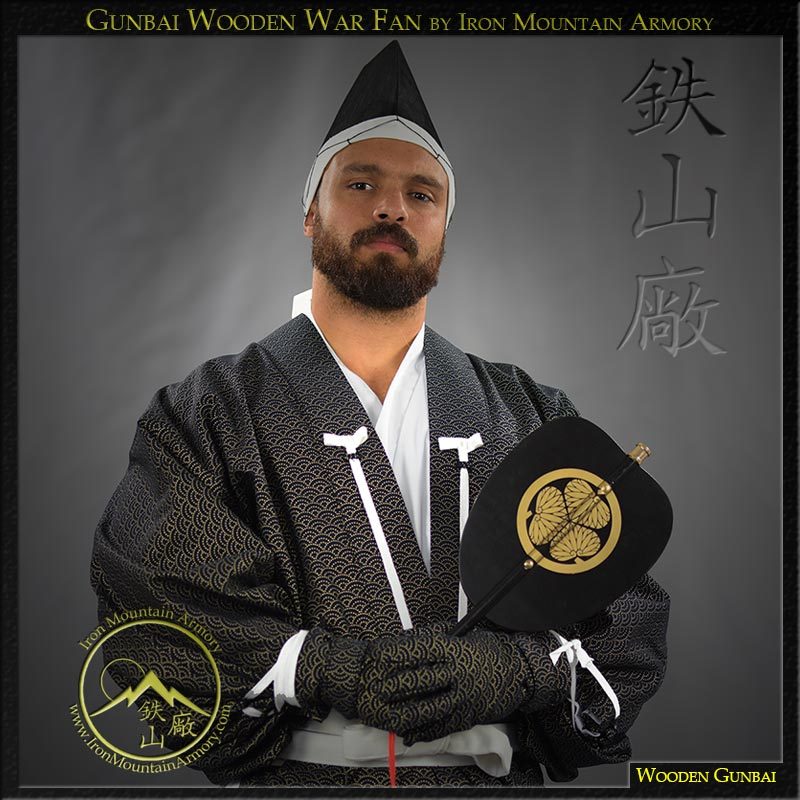 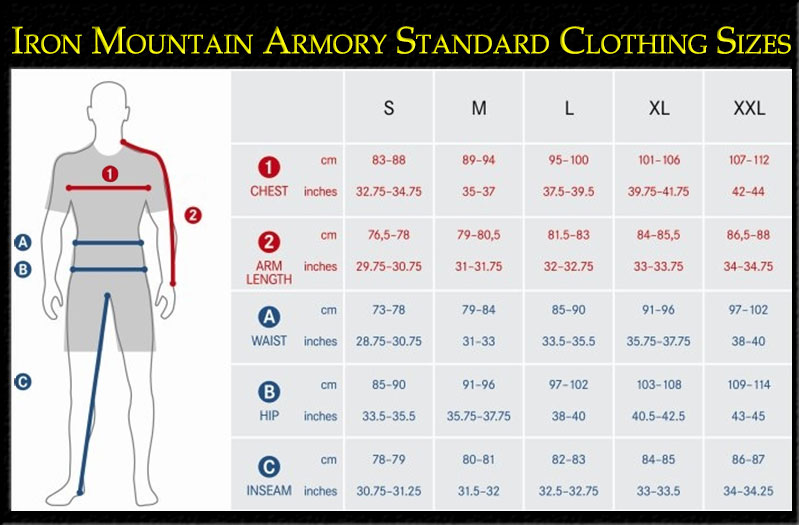 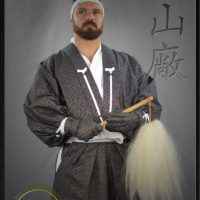 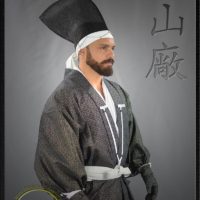 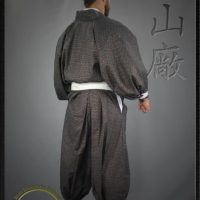 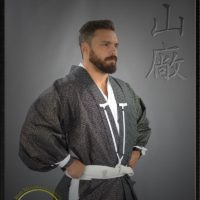 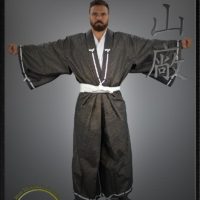 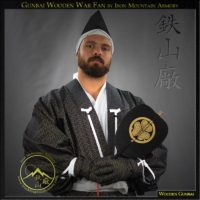 Traditional Hitatare (samurai clothing) was the most common and iconic style of clothing worn by the Samurai from the Heian Period through Sengoku Era of Japan (796 – 1573).   Our Traditional Hitatare consists of a hakama-shita (shirt for hakama) and a traditional kukui (tied) hakama.  Iron Mountain Armory also includes the juban shitagi (undershirt), making it a full 3 piece set.

The traditional hakama-shita is open down the front and sides. Sleeves are attached only halfway down the body, are free flowing below, and have rope ties at the wrist. The sleeves can be tied up at the elbow when needed.  The Hakama pants have soba (openings on the sides, along the top of the thigh).  They have rope ties at the ankles giving them the option of being able to tie the pants at the knees while in the countryside or if worn with their armor.  If pulled up, the samurai would likely haven worn kyahan (leggings) to protect their exposed skin or for added comfort under their suneate (shin armor). If the pant legs where down and tied at the ankle, the samurai would then wear the kyahan to hold the extra pant material in place, making the suneate more comfortable to wear.

The hitatare originated in early Heian Period and became a common samurai status clothing later during that same Period. Its large sleeves made it more impressive than what had been the standard for samurai previously. By the mid 13th century, the hitatare became the standard samurai outfit. Tall tate eboshi were typically worn with the hitatare up into the Kamakura Period (1185 – 1333); from the Muromachi Period onward, it became more common to wear folded, or flatter, ori eboshi with the hitatare. If wearing armor, the samurai would commonly wear a Yoroi Hitatare which differs slightly from the Traditional Hitatare.

This traditional hitatare set is handmade by Iron Mountain Armory at the time of your order. Please allow 2 to 3 weeks for crafting of this item.