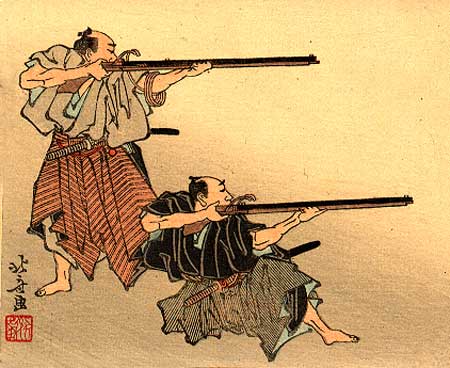 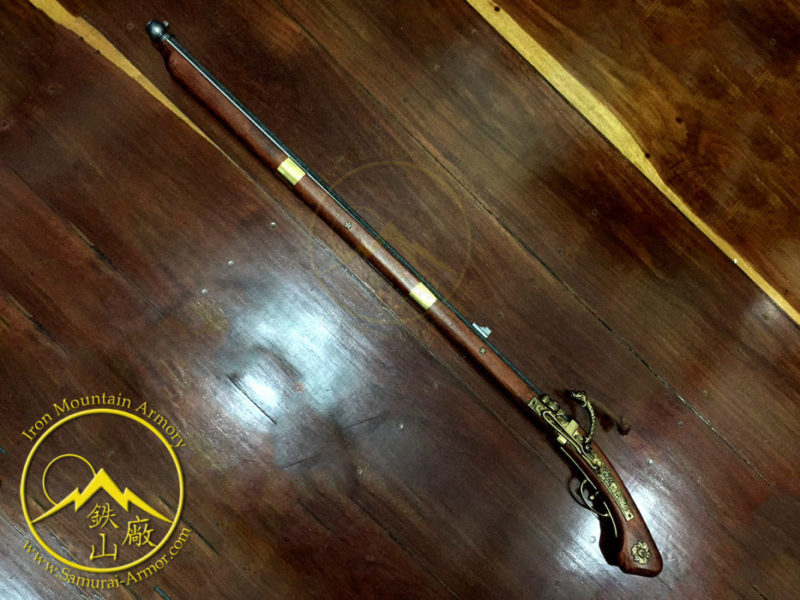 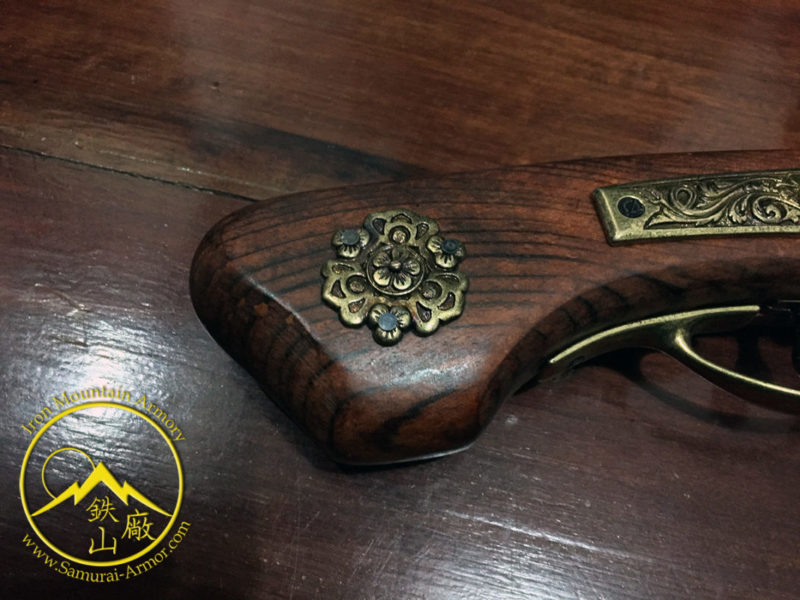 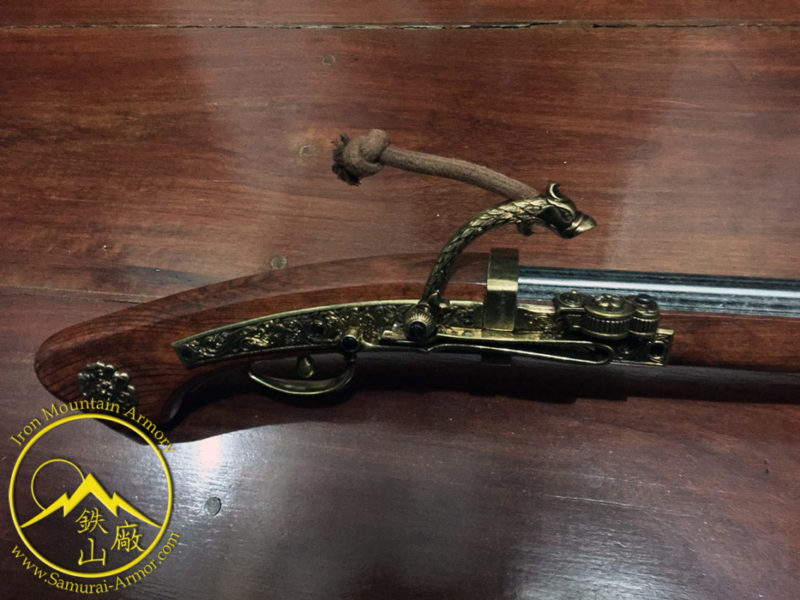 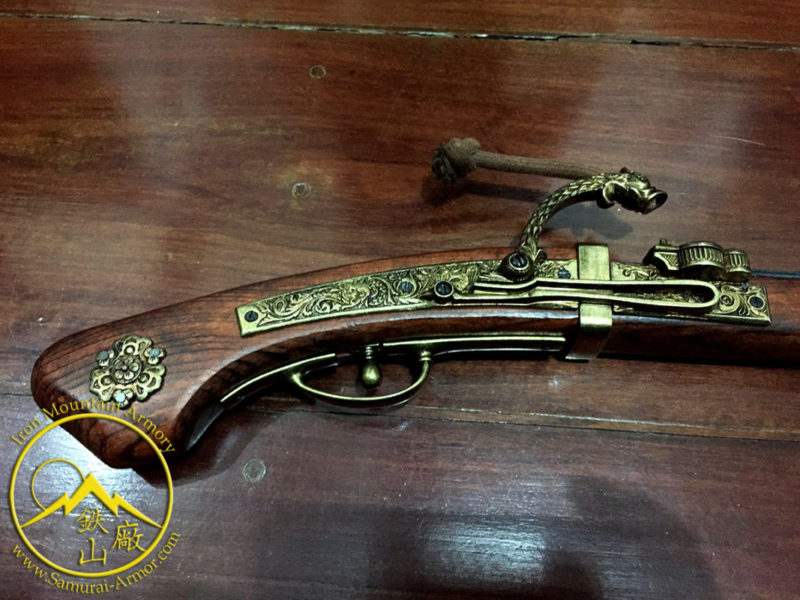 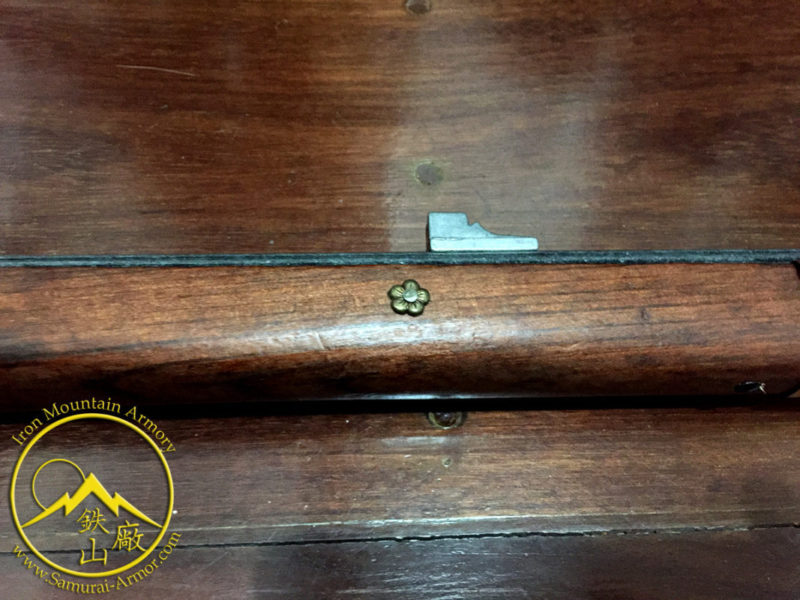 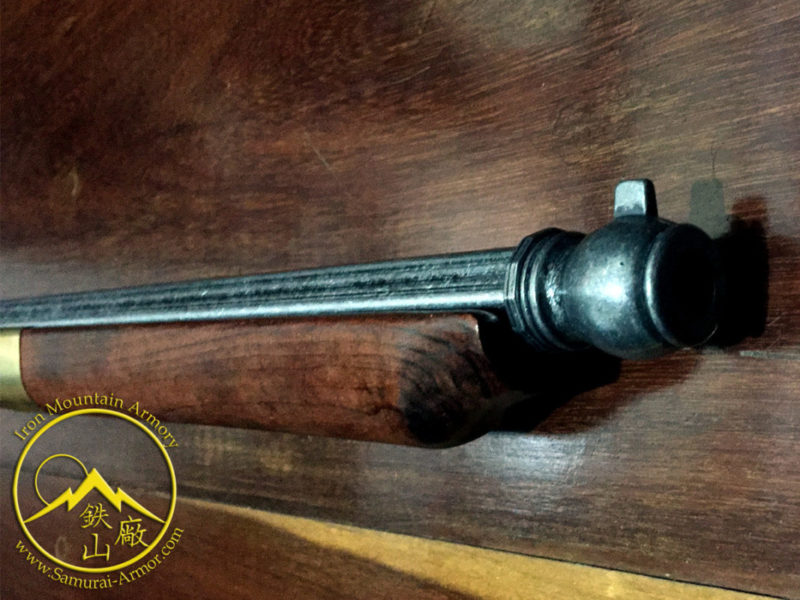 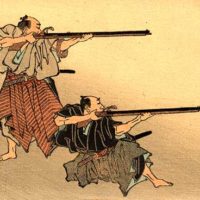 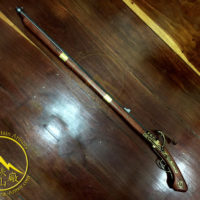 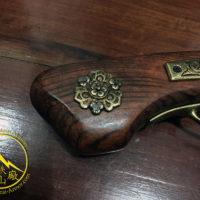 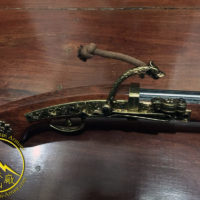 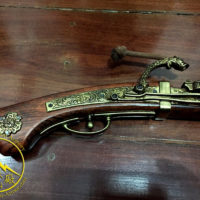 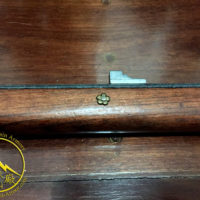 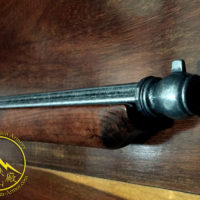 Our Tanegashima Teppo (rifles) are handmade in Japan using wood for the dai (stock), brass for the jiita (plating) and zinc alloy for the tsutsu (barrel).  It is crafted to look and feel like a real Tanegashima, but also to meet import laws for most countries, which is why it is a non-functional replica. Although the powder box can be opened, the trigger can be pulled and the hammer will drop. It cannot be made to fire and will be shipped as a “movie prop”.  The teppo offered by Iron Mountain Armory can be modified to fire caps and blow smoke only, it cannot be modified to fire or function like a real rifle. This item is for decoration and re-enactment only.

If you are unsure of any terms, please visit our Glossary List or if you have any questions, please review our FAQ Page or Contact Us directly.