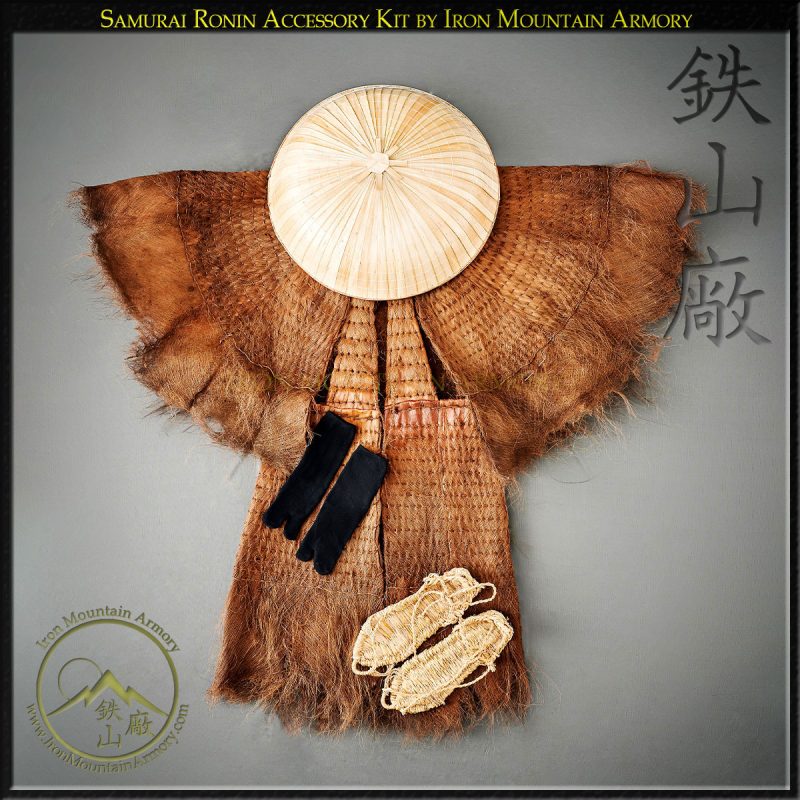 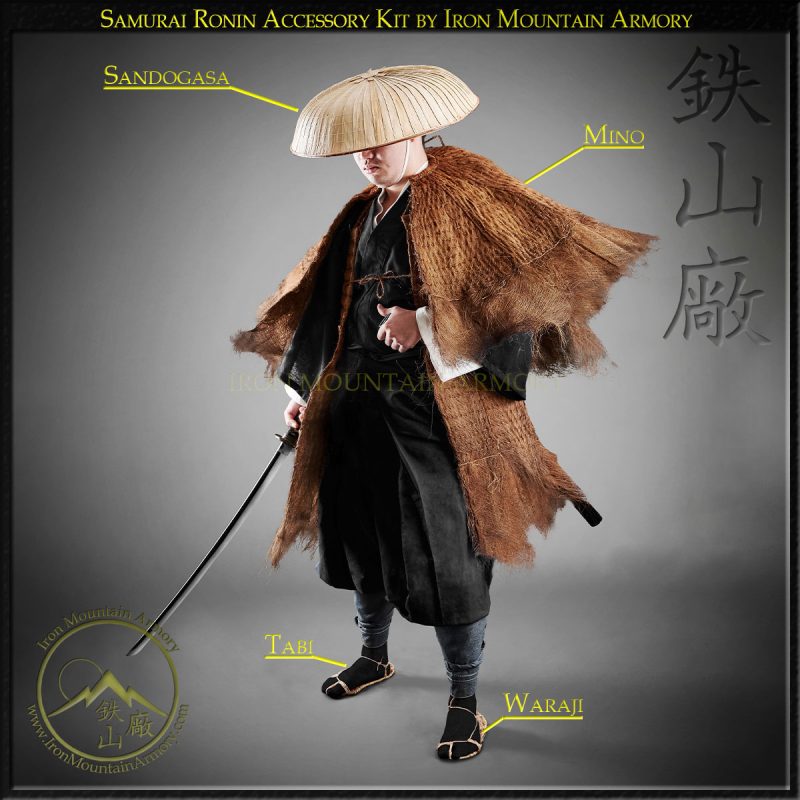 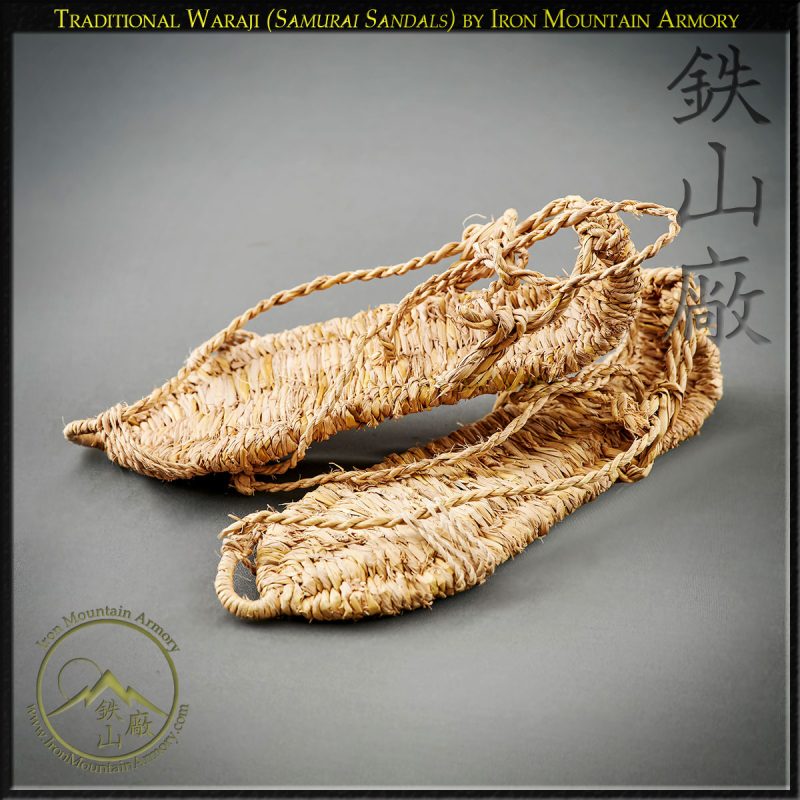 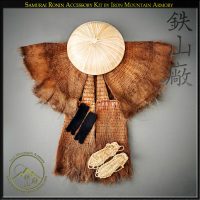 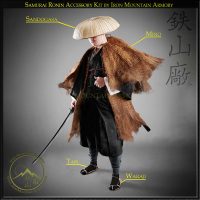 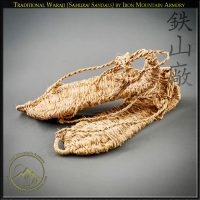 Samurai Ronin Accessory Kit includes a sandogasa (ronin hat aka messenger hat), mino (rain coat), waraji (samurai sandals), and tabi (sandal socks), which are the main clothing accessories any ronin samurai would wear while traveling. Perfect for samurai cosplay, Japanese farmers, peasants, merchants and travelers would also wear sandogasa, mino and waraji as well.  Rain capes and messenger hats were worn by samurai warriors of all ranks, as well as ronin, shinobi (ninja), monks, and other travelers. Our samurai ronin kits are great accessories to use for any samurai cosplay. If you would like to add a clothing set to this kit, we suggest the Hitatare Kamishimo (traditional clothing set) or Yoroi Hitatare (under armor clothing) as samurai clothing sets most ronin would be wearing.

Waraji (草鞋), are sandals made from rice straw rope that, in the Sengoku and Edo Eras, were the standard footwear of the common people in Japan. Also adopted by the Samurai, they allowed for defter movement. Traditionally, samurai would wear their waraji with their toes protruding slightly over the front edge. This helped them keep their traction while running, scaling walls and fighting.

Tabi Socks are traditional Japanese socks which date back to the 15th century. They are ankle-high and come with a separation between the big toe and the other toes.  They are traditionally worn with waraji (straw sandals)

Great for samurai cosplay, larp and sca dress wear. Complete your ronin costume with the samurai mino raincoat, ronin hat and sandals.  These are sold individually as well and may be sent from different warehouse or routed to 1 warehouse and sent in 1 package.  Please allow at least 1 to 2 weeks for packing and shipping of your order.

Additional Accessories suggested for this kit are:

Uwa-Obi (outer or 2nd belt) is a narrow “outer belt” or “sash” which is worn over your hitatare (samurai clothing). The uwa-obi is specifically used to secure the sageo (saya cord) of their tachi, or katana, wakizashi and tanto to their waist.  It is also used to secure other weapons or accessories, such as the Hayago Doran (ammo box) or Kari-Ebira (samurai arrow quiver) for example.

Suitou (Sui-tou) is a canteen typically made from bamboo or gourds which were used by samurai, ashigaru and peasants alike throughout the history of Japan. The suitou samurai canteen can be used for carrying water, wine or of course any liquid.

Yugake (also spelled as Yukake), are traditional Japanese samurai gloves commonly worn by samurai warrior class. The yukake were of course worn for fashion and warmth, but samurai would also wear gloves while traveling or weapon training.  Also available in Leather Yugake