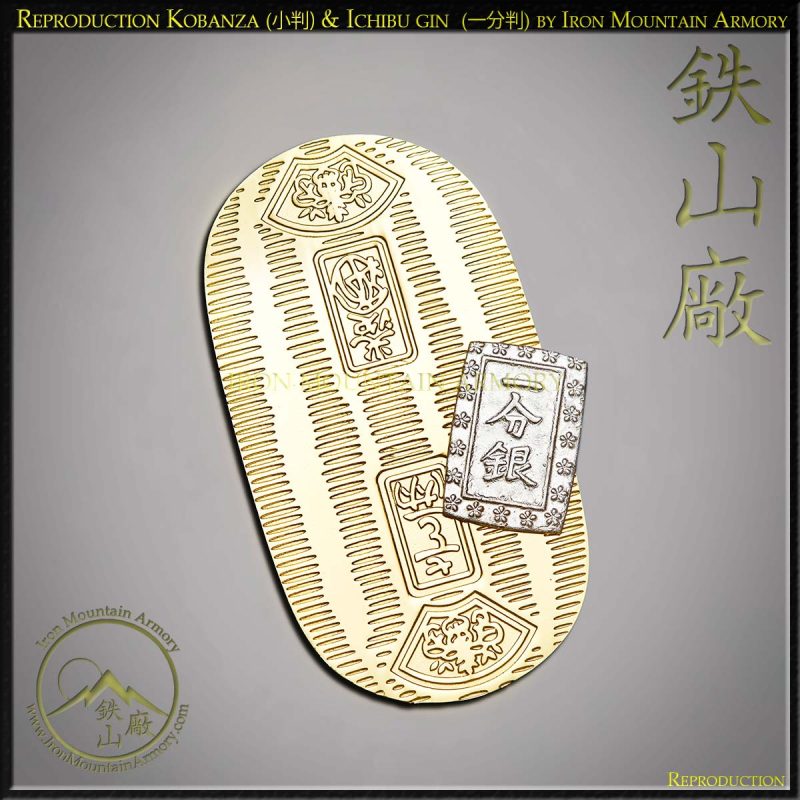 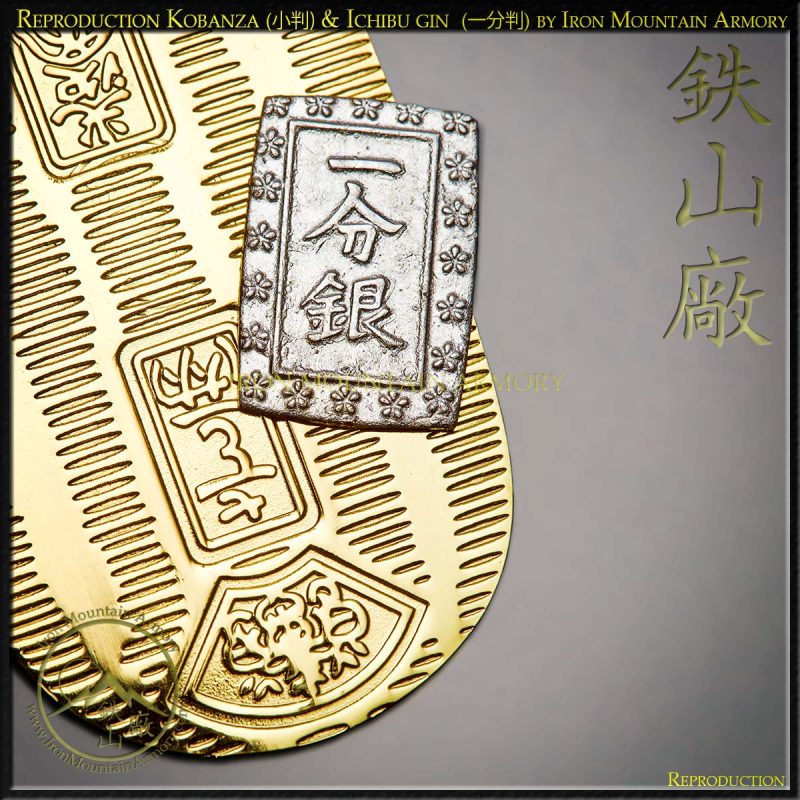 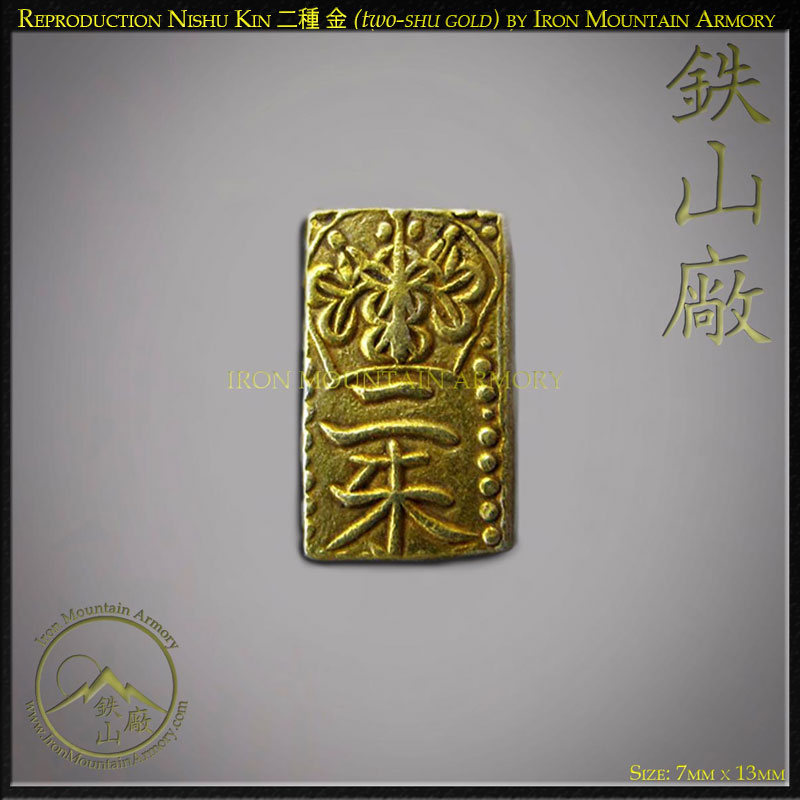 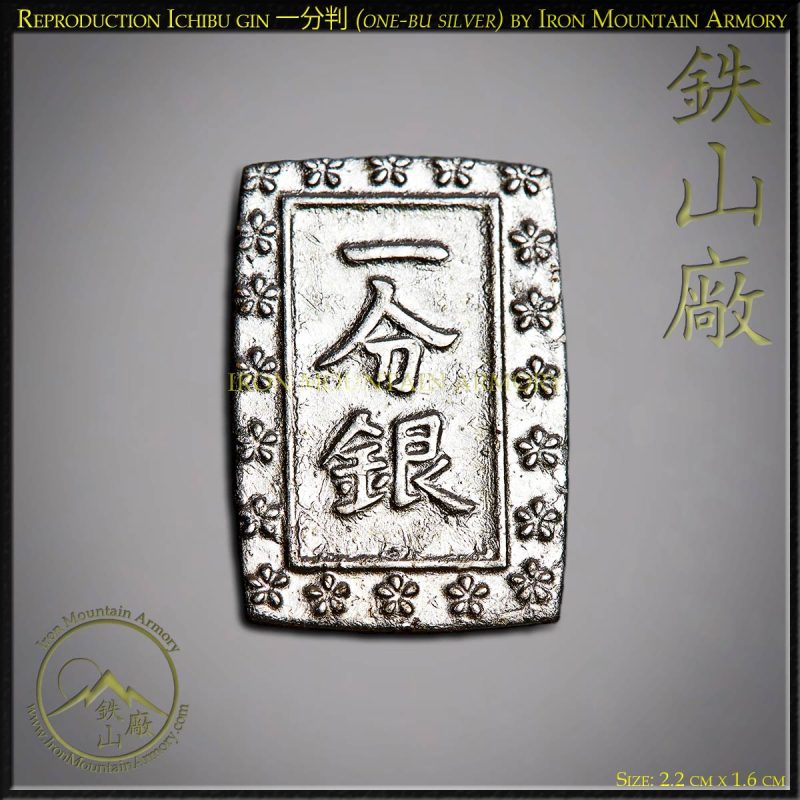 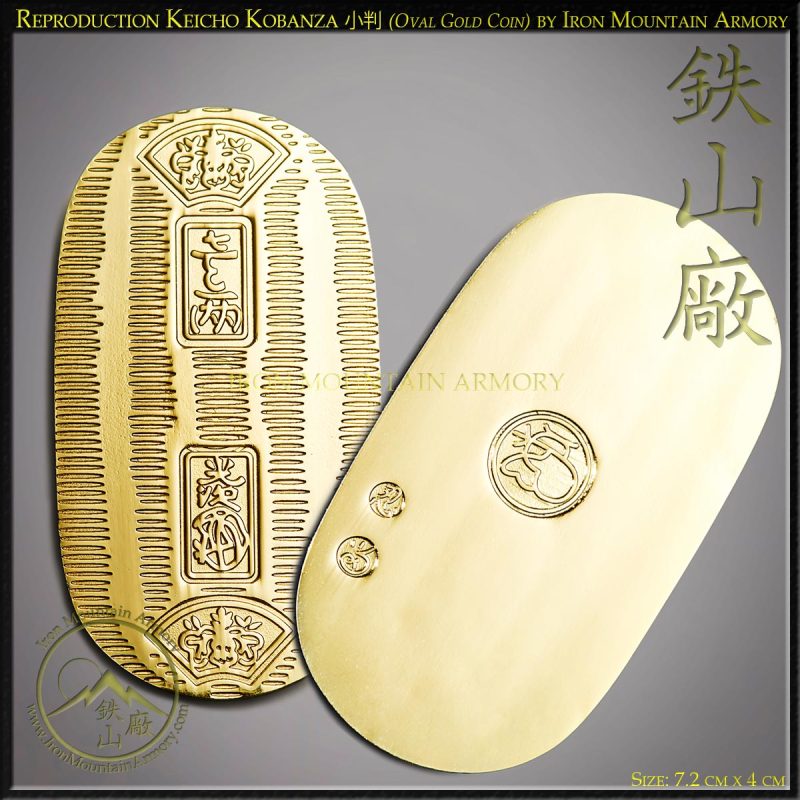 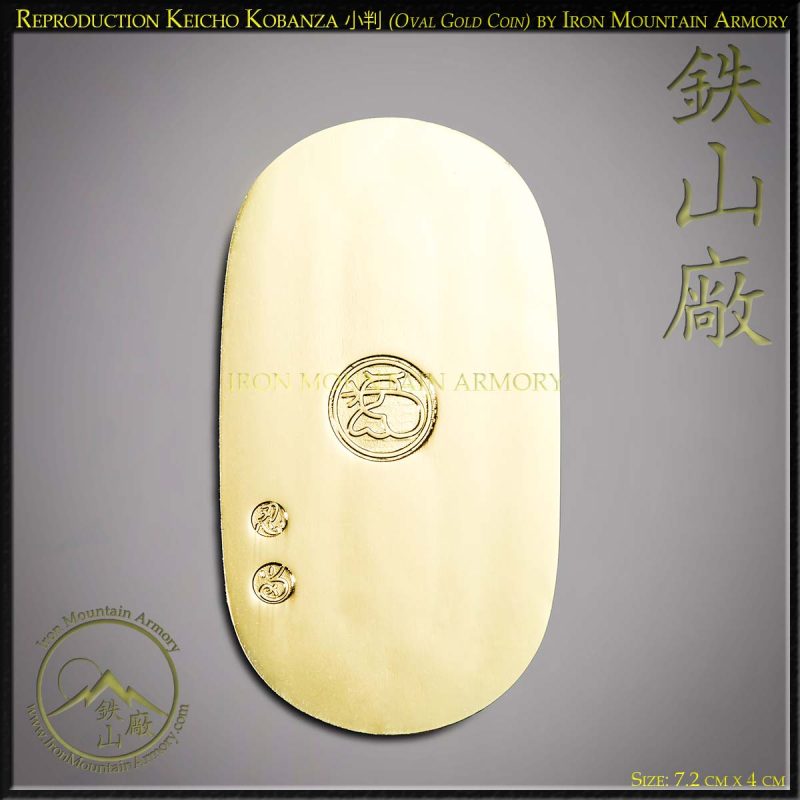 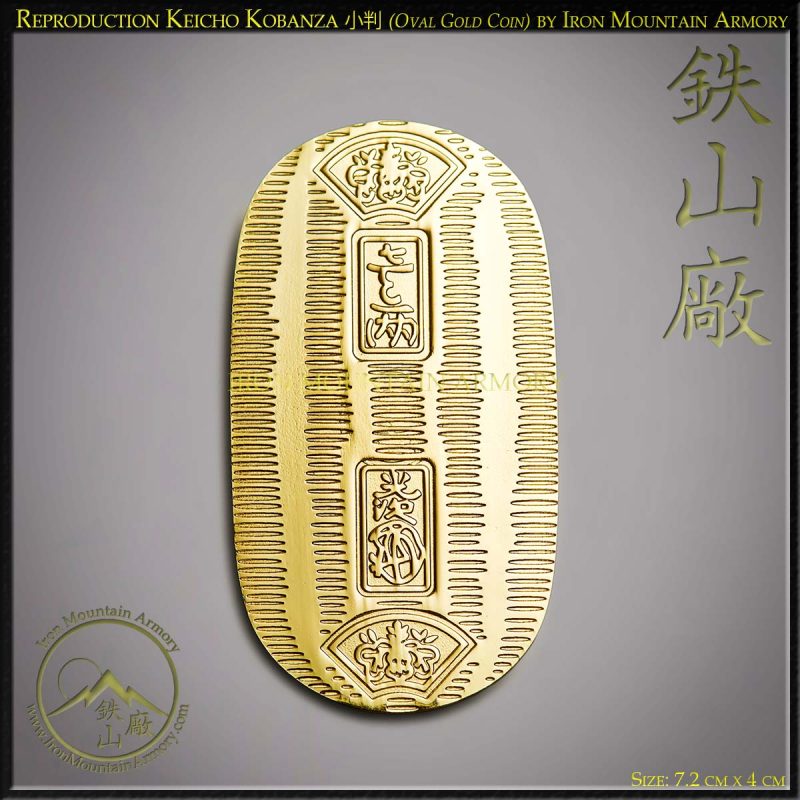 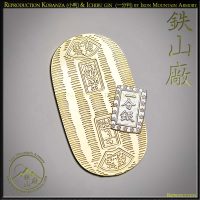 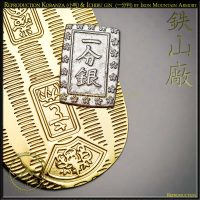 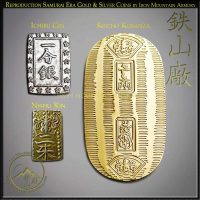 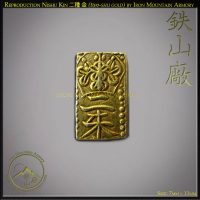 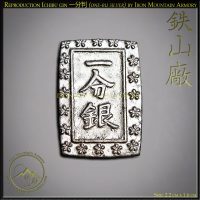 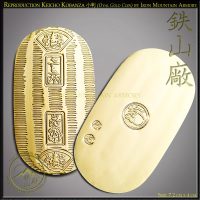 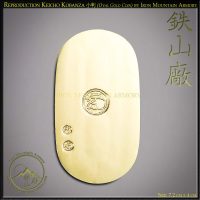 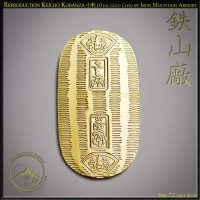 Samurai Bu Ryo Coins of feudal-era Japan, like the bu, or Ichibu gin (1 bu silver), Nishu (2 shu gold) and keicho kobanza (oval gold coin) are unique coins, much like samurai themselves which remind us of the rich history of samurai culture. Around 1569 Japan started using a tri-metallic currency system of precious metals, consisting of copper, silver and gold. Their commerce became based on the ryome (ryo), which is a unit of measure in the shakkanhō system. Because of their mostly rectangular shape, the samurai coins traded by weight as bullion pieces.   The smaller gin (silver) and kin (gold) bu samurai coins from the Tokugawa shogunate are covered in exotic Japanese calligraphy and stylized paulownia flowers. Without doubt the bu coins, with their intricate details, exude the eccentric style of traditional samurai feudal Japan.  These beautiful casted gold and silver coins are a remnant of a time when Japan was isolated from the rest of the world, while samurai lords ruled the lands, cultivating their warrior philosophy for more than a millennium, making a golden age for samurai.

Sold as a Set of 4.  Each set you order, will include 4 of the coins you selected to order.

Iron Mountain Armory continues to keep with their tradition by offering both economical and authentic crafting, in this case minting.  Our coins are duplicates of original minted bu coins from 1837 up until 1869.  In this case we offer both alloy and precious metal minting of these coins.  Our more economical alloy samurai coins are single stamped or 1 sided, while the true traditional bu coins are double sided, as well as being made from mostly silver or gold (of course).  You can select from our single or double-sided samurai coins and if you would prefer yours made from a precious metal.  Please note koban are already double sided. We can also make your own custom bu design with a minimum order of 100.  Precious metal and/or custom design are available.  90% silver bu typically cost $18 per coin and 85% gold bu is typically $80 per coin, depending on metal market price. Please contact us for details.

The Japanese feudal-era monetary system was varied like the Daimyo who ruled over different sections of Japan.  This created a wide variety of bronze, silver, electrum (an alloy of gold and silver) and gold coins, which were issued in a wide variety of shapes and sizes.  Bars or bullions coins where most popular as people could break off the amount needed.  The minting of these coins accelerated in the early 17th century until just after the Edo / Tokugawa Shogunate in 1869.  Most Tokugawa period Japanese gold coins available in the market today are smaller ichi (one) or ni (two) shu or bu denominations.  These coins are called isshu-kin (one-shu gold), nishu-kin (two-shu gold), ichibu-kin (one-bu gold) and nibu-kin (two-bu gold), respectively. Theoretically, 16 shu equaled 4 bu, which also equaled 1 ryo. The 3 most common bullion style coins are: Shu denominations, at 1/16 ryo , often minted from gin (silver), were the smallest of the three.  Bu coins are 1/4 ryo and were either gin (silver) or kin (gold).  Ryo coins, known as kobanza or simply koban (oval gold coin), were the larger denomination equaling a full ryo, minted exclusively from kin (gold).  One bu silver coin would be called an ichibu gin, which translates as “one-bu silver”.  If the bu was minted from gold, the gold coin would be called an ni-shu kin, or “two-shu gold”.  Maybe more simply put: