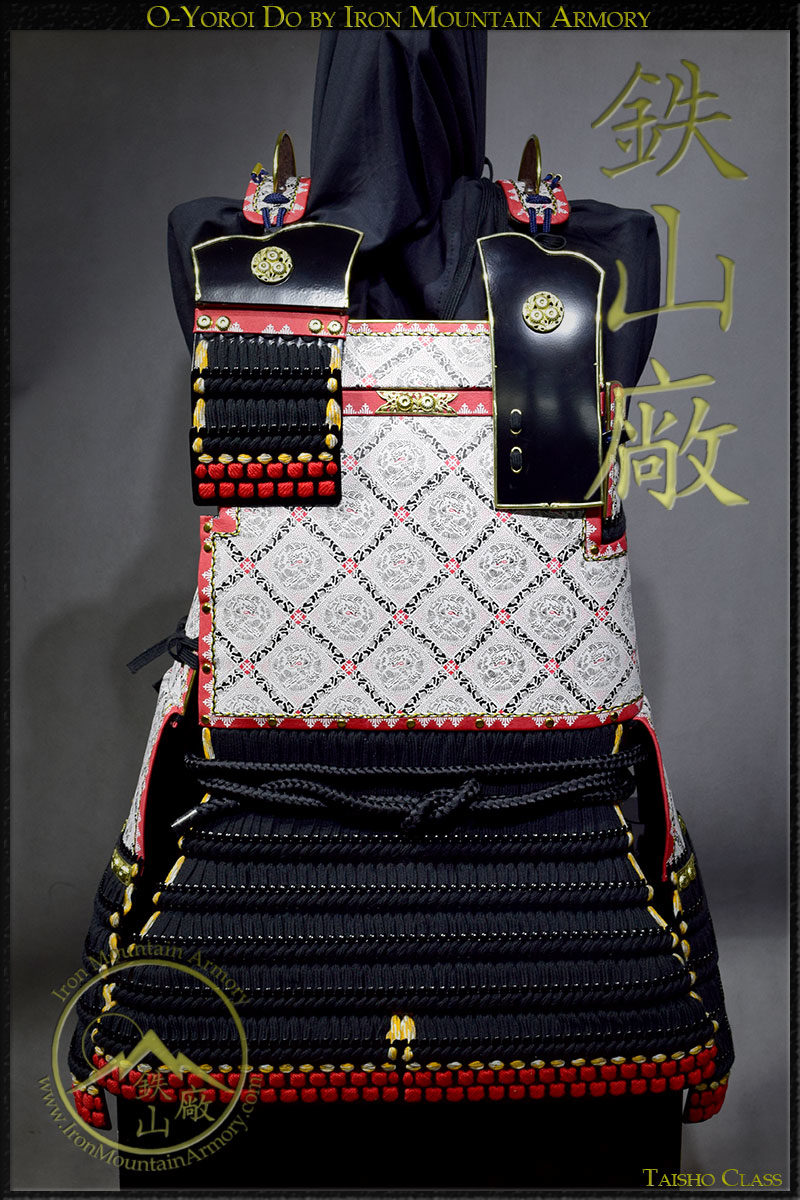 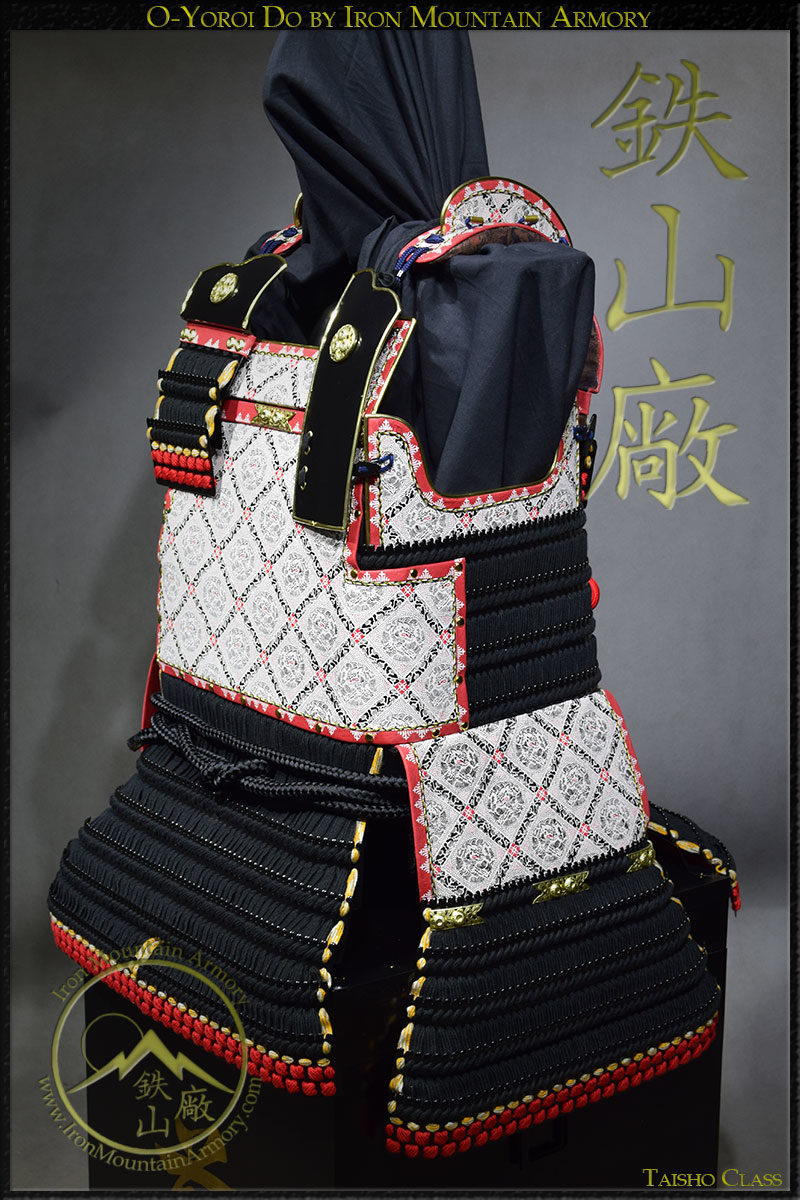 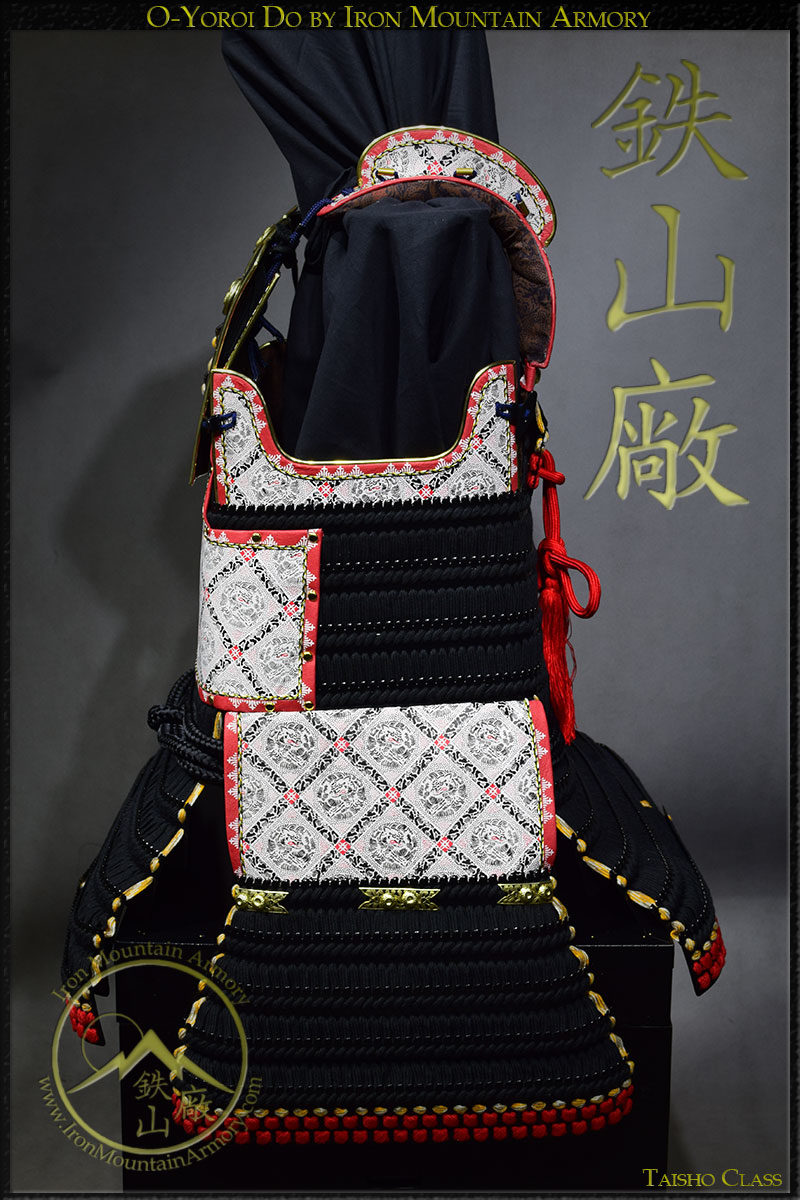 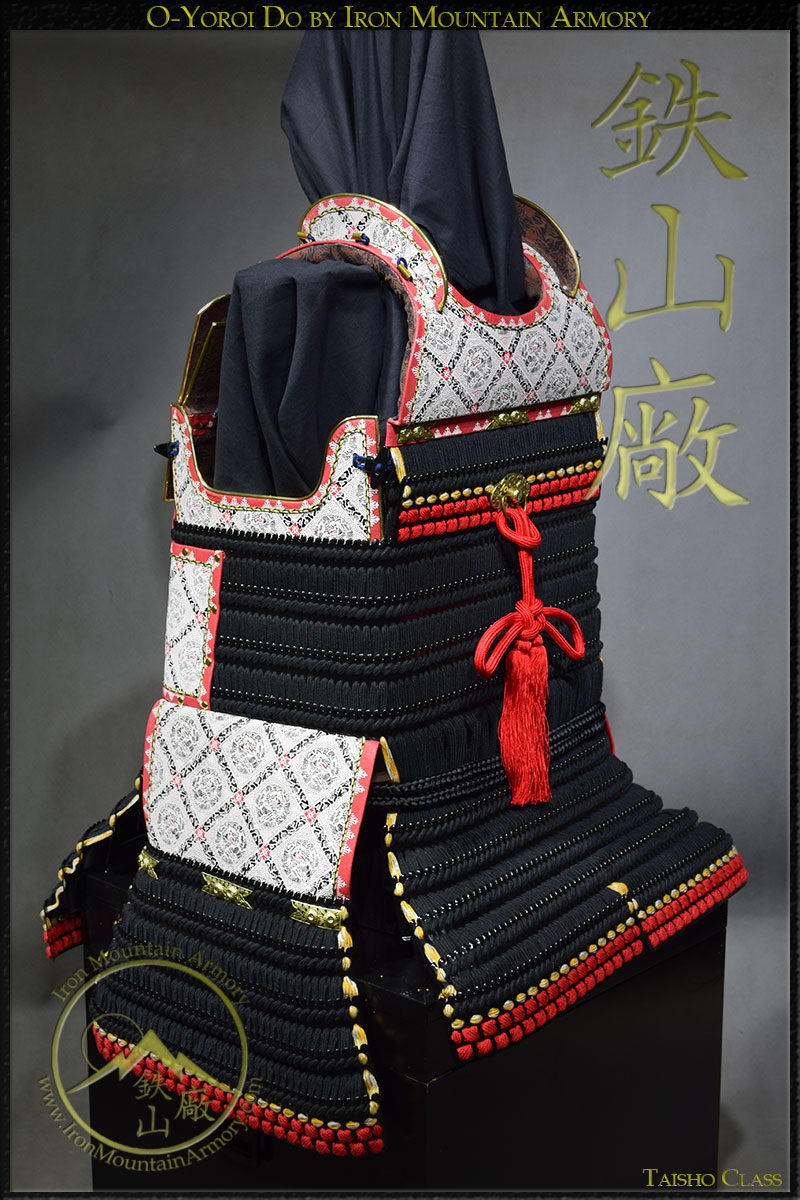 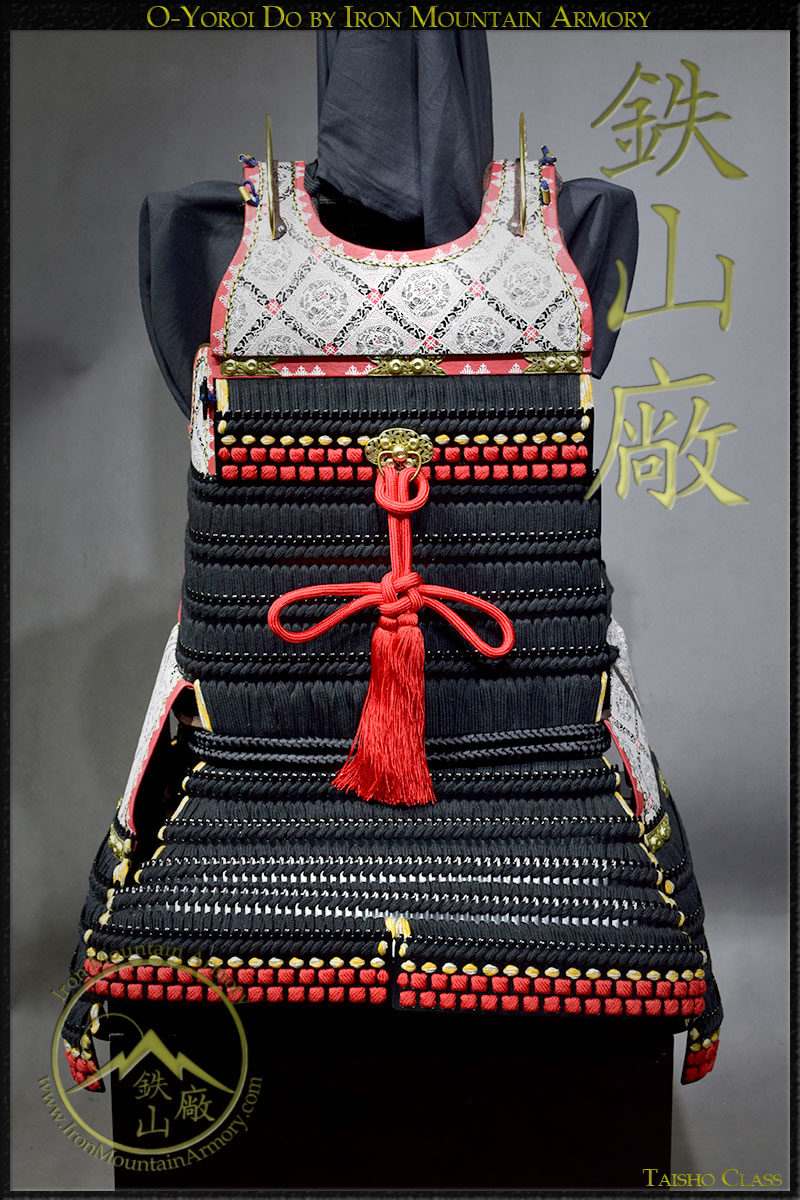 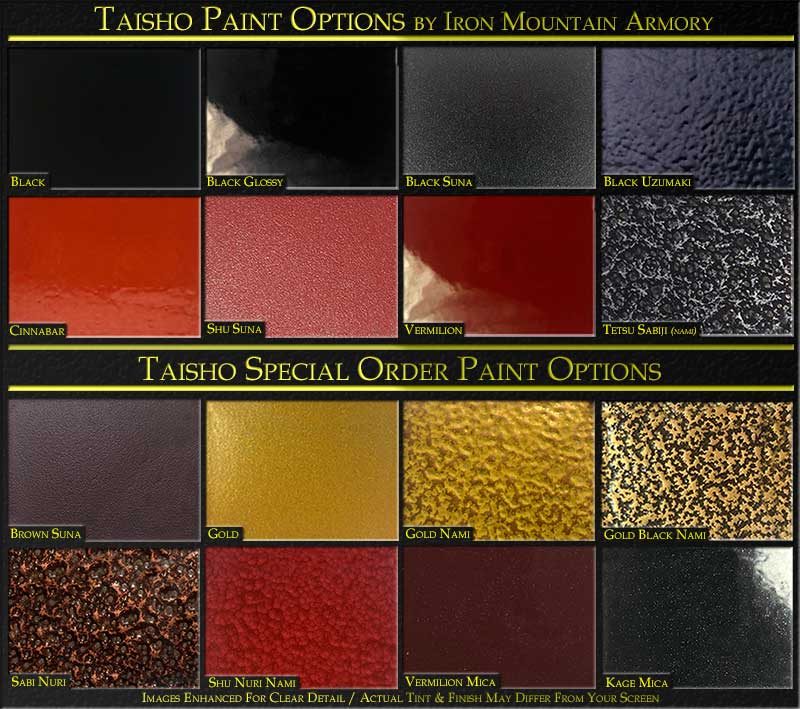 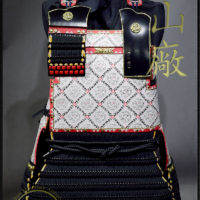 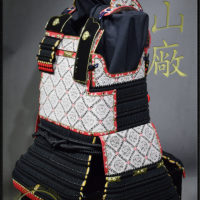 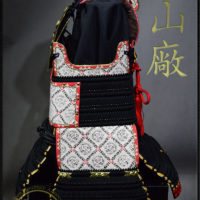 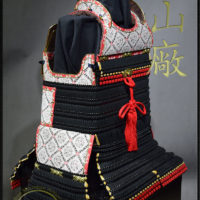 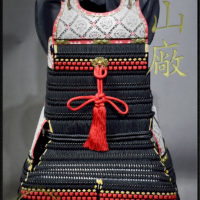 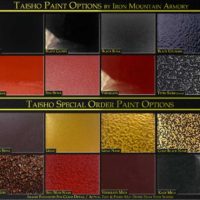 O-Yoroi or “Great Armor” is a suit of armor with a “boxed shaped” DO (chest armor) design worn between the 11th and early 14th century.  It gained its popularity during the Genpei War. The base of the O-Yoroi DO design is “U” shaped and closes with a waidate (side plate) crafted from iron or leather scale plates. The waidate tied under the right armpit, closing the DO, making an armored box around the samurai’s torso.  The upper legs are protected by an armored skirt called kusazuri, which is attached to the bottom of the chest plates.

The O-Yoroi took nearly a year to craft and typically cost the average salary of a high-ranking samurai (roughly $55,000 USD in modern times).  Because of this time and cost, the o-yoroi was a prestigious armor set worn only by wealthy Daimyo and their high-ranking samurai generals.  The material, color and details would often represent the clan in which the samurai belonged or had allegiance to.  It was crafted primarily of hon kozane, which where individual iron, sometimes leather scale plates, or in some cases a mixture of both iron and leather scales.  The scales where layered in clay and urushi (natural lacquer), then laced with silk, cotton and/or hemp odoshi (braiding). This would create a strong yet flexible suit of armor.

The O-Yoroi was designed as an armor set worn by horse mounted, samurai archers. The box shaped design would allow for the bulk of the weight to rest mainly on the saddle.  The slightly rounded chest made for an easy draw of the yumi (tall bow). To help with the release of the string, a layer of leather called “tsuru bashiri gawa” was used to cover the front of the chest to prevent the bow string from snagging on the ridges of the scales.  The o-yoroi DO featured kyubi and sendan-no-ita (armpit protectors) to help protect under the arms from strikes while stretching the arms when drawing the bow.  Because of these same design features, the o-yoroi was less flexible and more cumbersome to fight in while on foot.

After the first Mongolian invasion of 1274, the samurai adapted new infantry tactics and quickly learned that they needed armor which was more versatile.  Although the O-Yoroi was used into the 15th century it fell out of favor around the early to mid-14th century.  The O-Yoroi would pick up in popularity again in the mid-edo era. It would be worn in honor of ancient times and/or would be donated to local shrines in honor of ancestors.  The O-Yoroi will always be an iconic symbol of the ancient samurai and a proud part of the Samurai’s history.

Our artisan katchû-shi at the Iron Mountain Armory handcraft this product at the time of your order. Please allow 4 to 6 weeks for crafting of this item.

1 review for O-Yoroi DO
Taisho Class