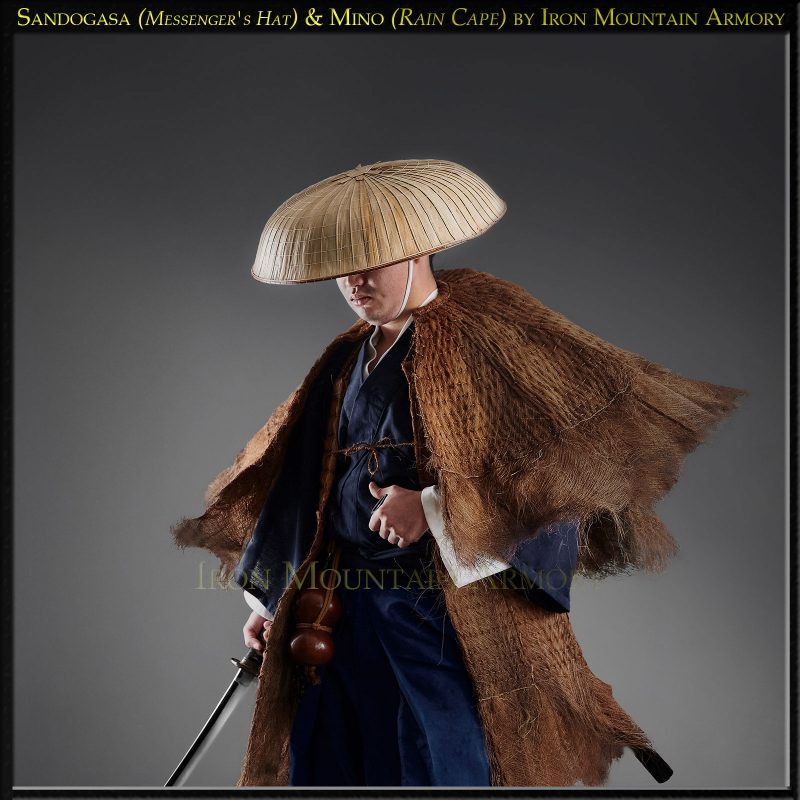 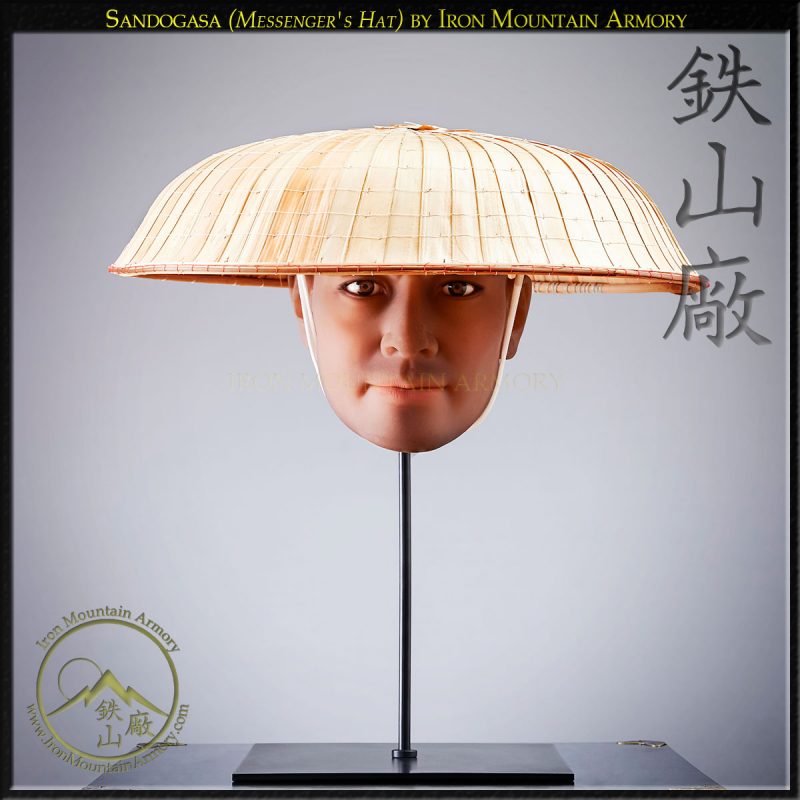 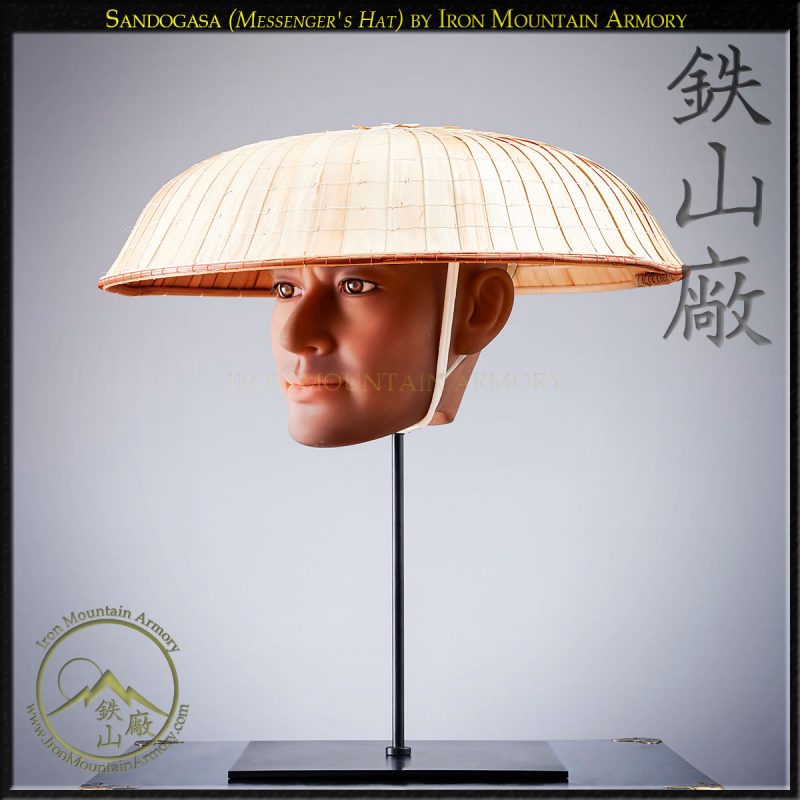 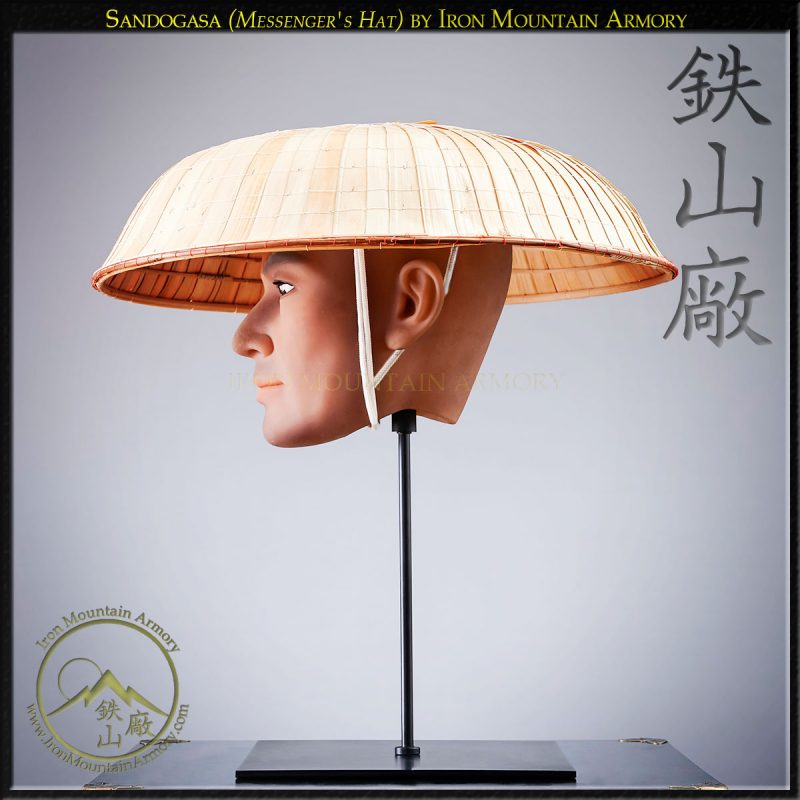 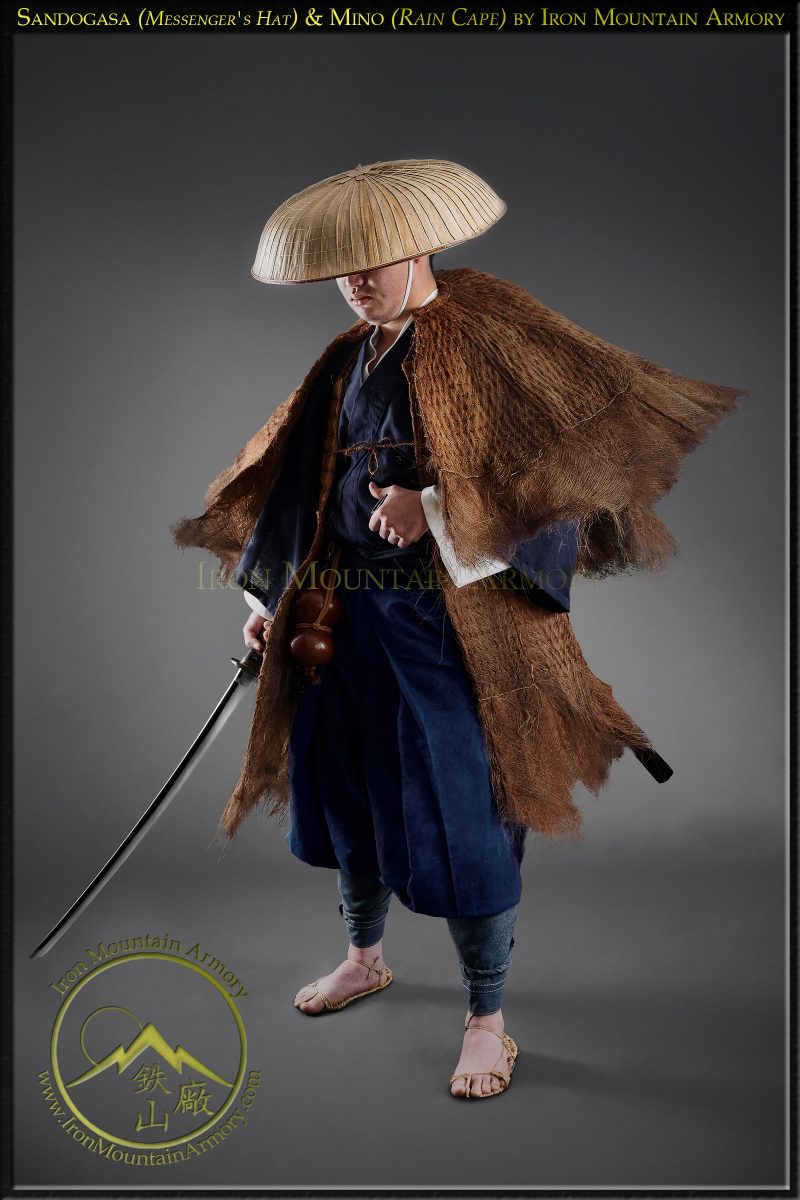 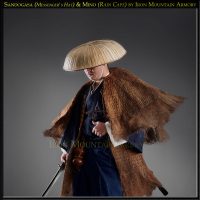 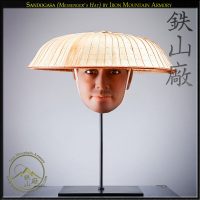 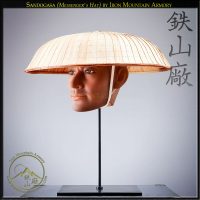 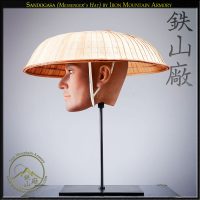 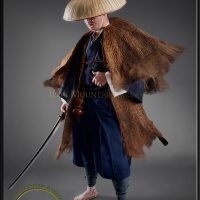 The sandogasa was worn by most travelers, whether samurai, shinobi (ninja), monk or merchant and it is believed to have become common during the Jokyo era (1684 -88) by foot messengers.  These messengers would travel 3 times a month between Kyoto, Osaka and Edo (now known as Tokyo).  As this was their preferred style of hat, the hat became known as “sandogasa“. The name is made up of 3 characters. San “3”, Do “times” and Gasa “hat” making the name “Three Time Hat” or “Messenger’s Hat” for the messenger traveling 3 times a month between 3 cities.  In modern times this style of gasa has become synonymous with Ronin Samurai (masterless samurai). It is now commonly known as the Ronin Samurai Hat.