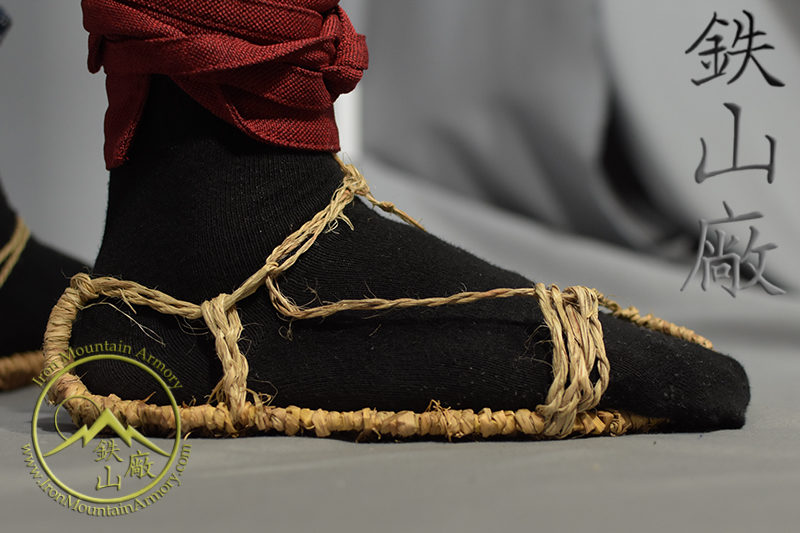 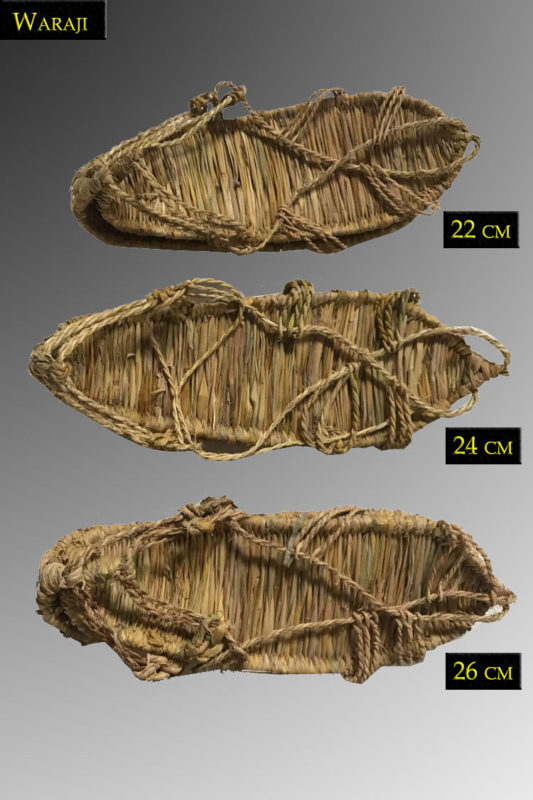 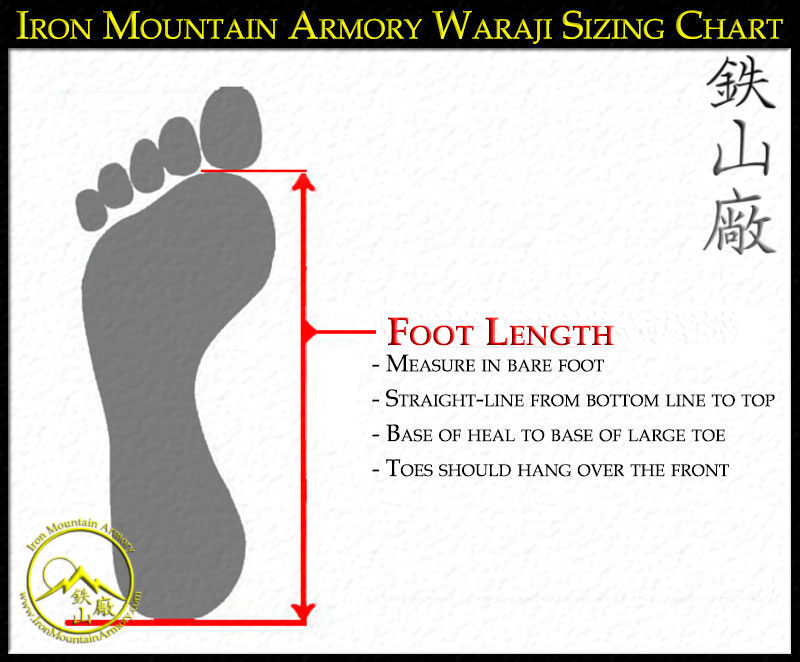 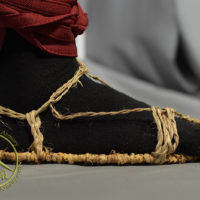 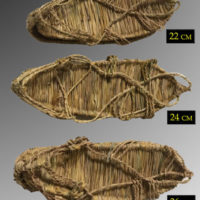 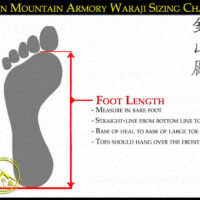 The Waraji (草鞋) are sandals made from rice straw rope that, in the Sengoku and Edo Eras, were the standard footwear of the common people in Japan. Waraji were also adopted by the Samurai, as it allowed for defter, quicker movement. Traditionally, samurai would wear their Waraji with their toes protruding slightly over the front edge, which would help them keep their traction while running, scaling walls and fighting. The toe thong pressed on acupressure points and that was believed to assist the body’s daily functionalities. Commonly worn with Tabi Socks or Waraji-Gake the toes are supposed to jut out, the shoe sole in close contact with the foot, and the back to wrap around the Achilles Tendon.