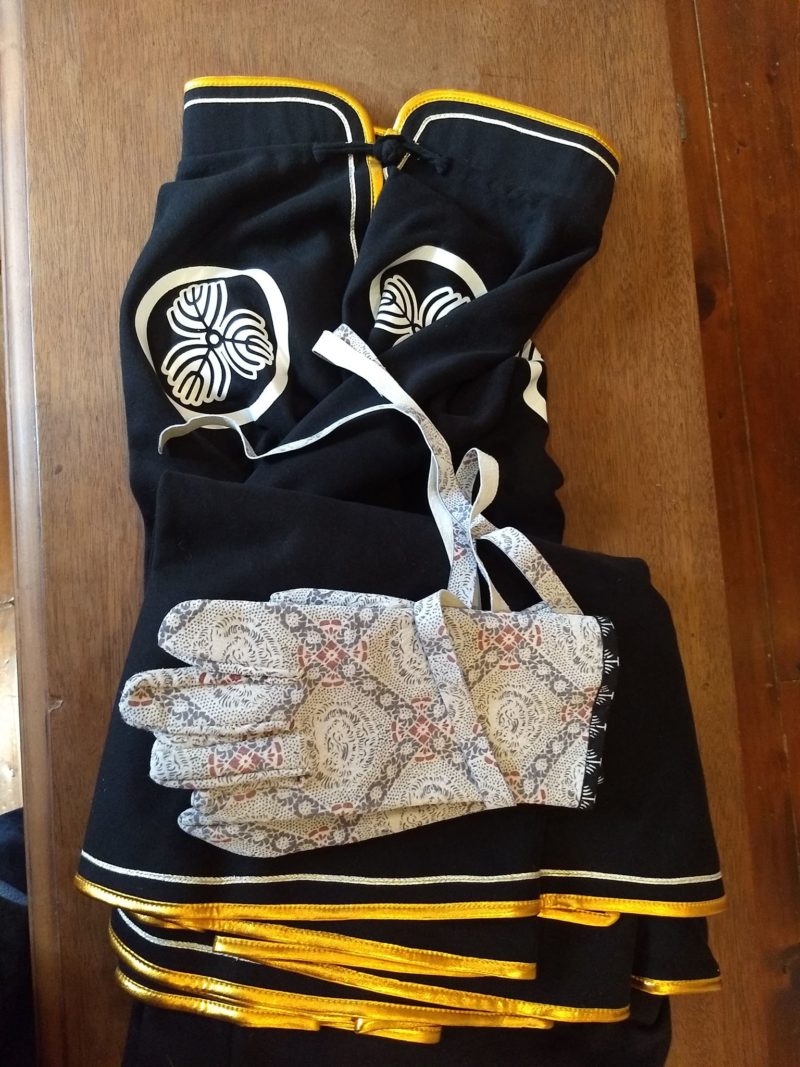 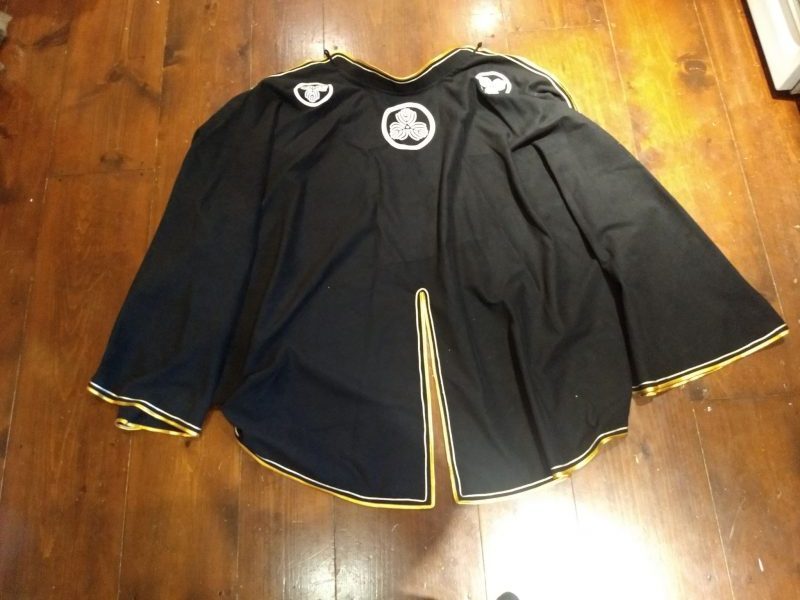 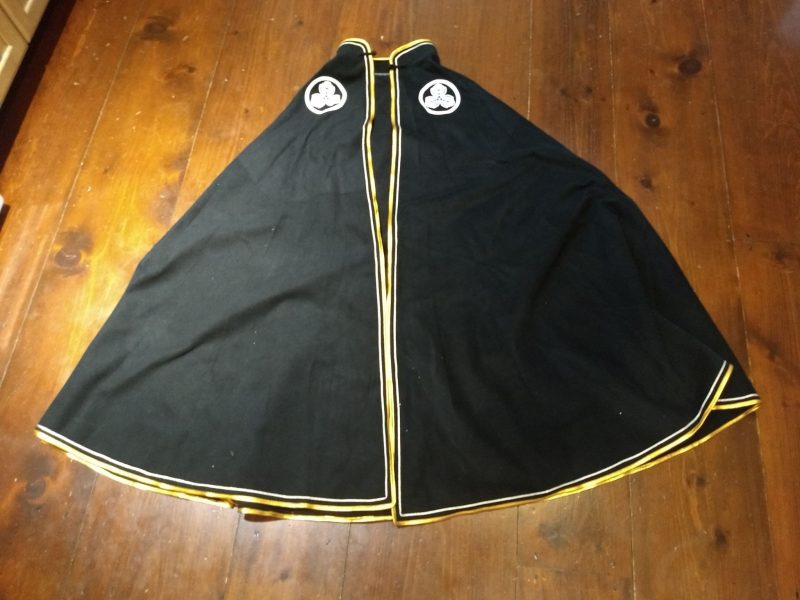 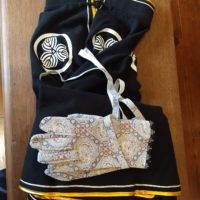 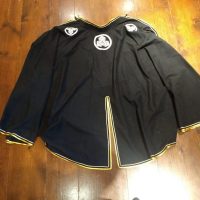 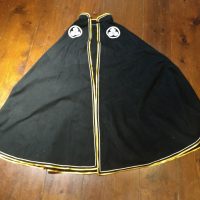 This Samurai Manto Cloak, is a type of battle surcoat, similar to Jinbaori 陣羽織. It was originally known as a Manjira from the Portuguese word “Mantelo.” After the French started trading with the Japanese (Post Bakumatsu era), it became known as “Manto” (From the French Manteau). It became very fashionable for the Samurai to wear this type of cloak, even more so after Oda Nobunaga started wearing this type of surcoat during his days of hegemony. Our Manto Cloaks are customizable, and look equally good worn over a suit of armour or by itself.  These are crafted from a durable woolen fabric.    This manto is in stock, sold as seen, ready to ship.