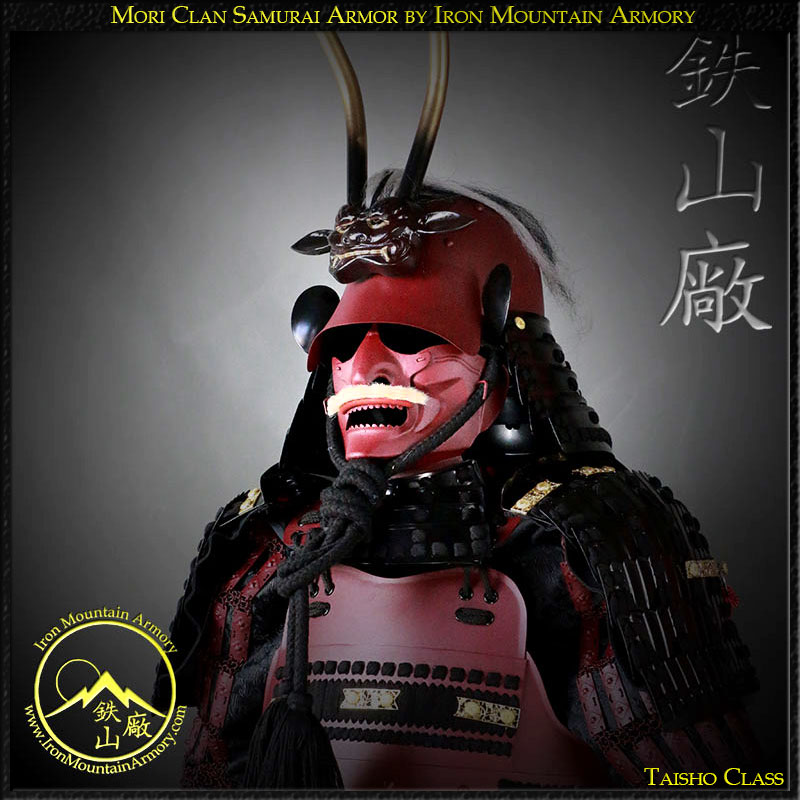 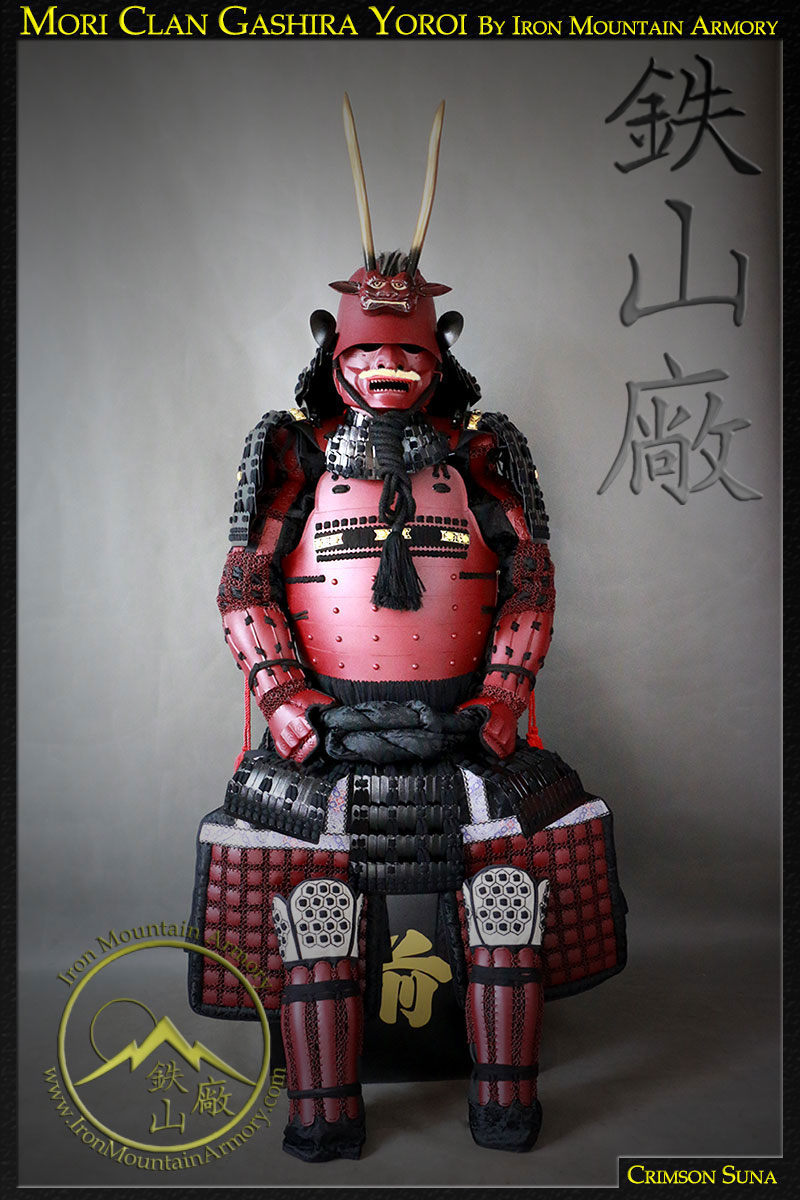 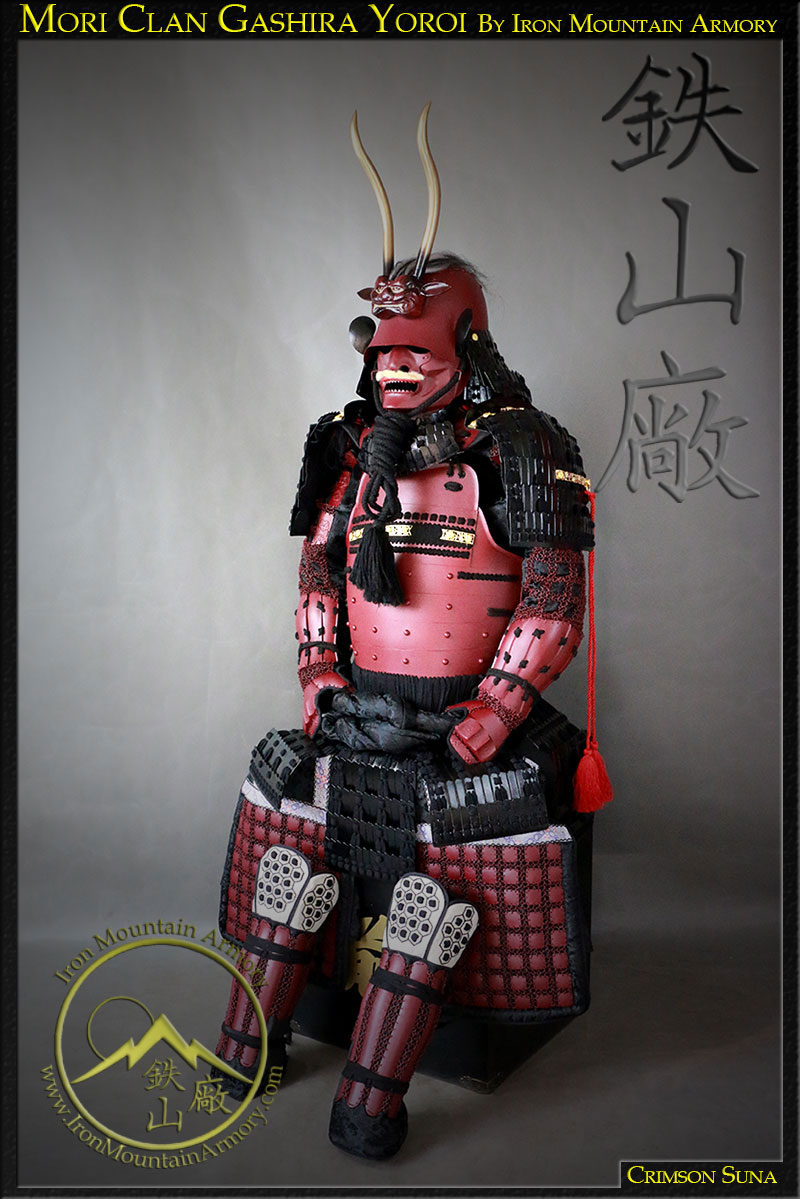 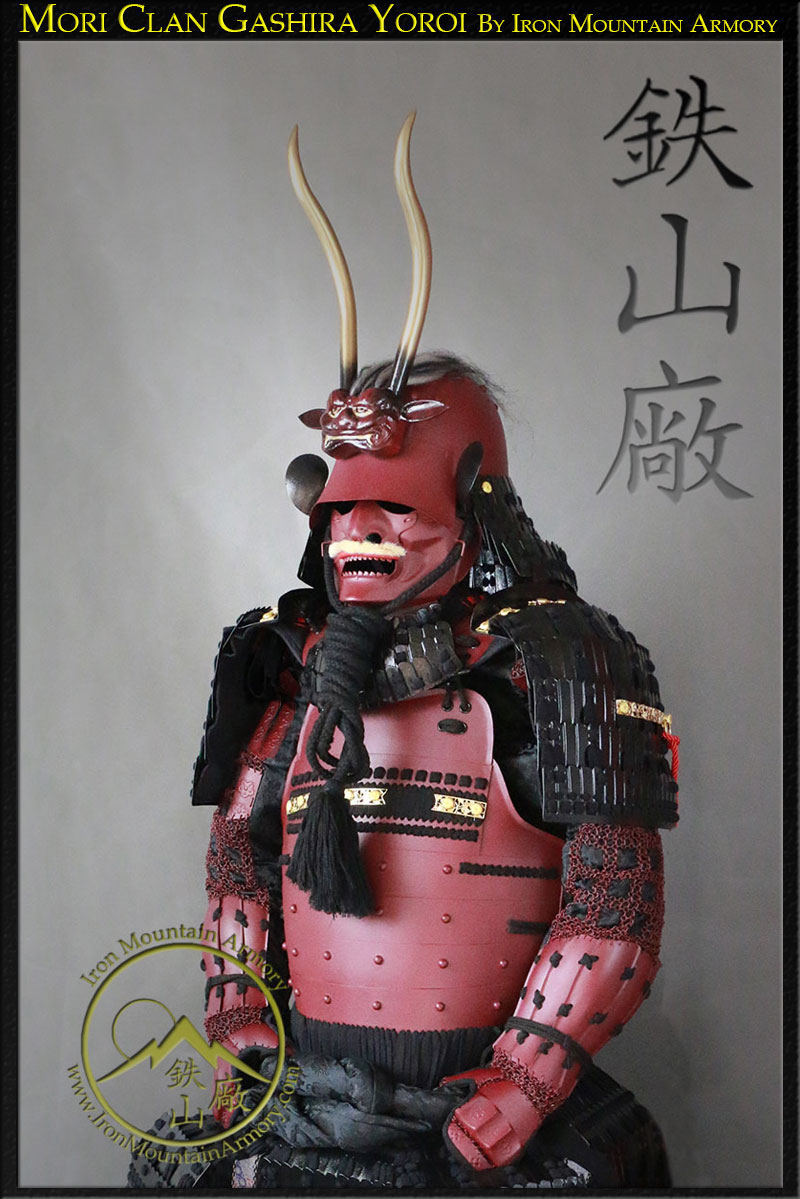 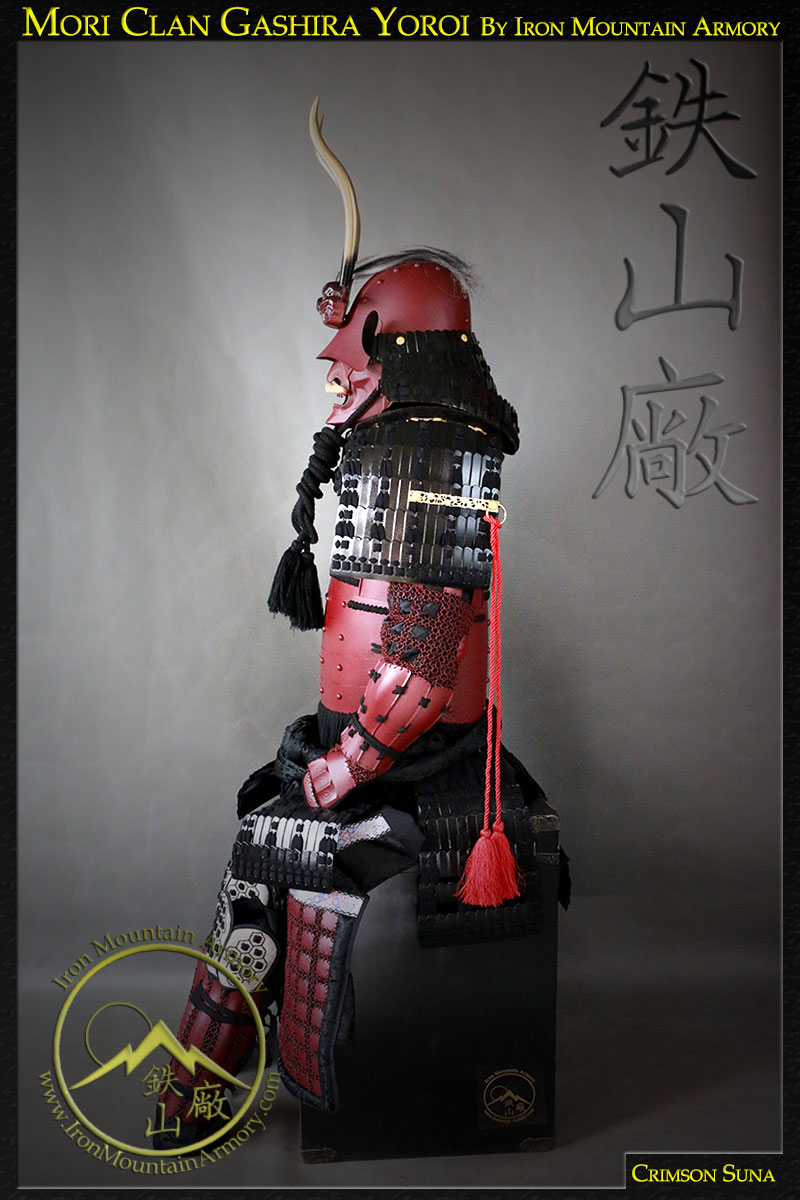 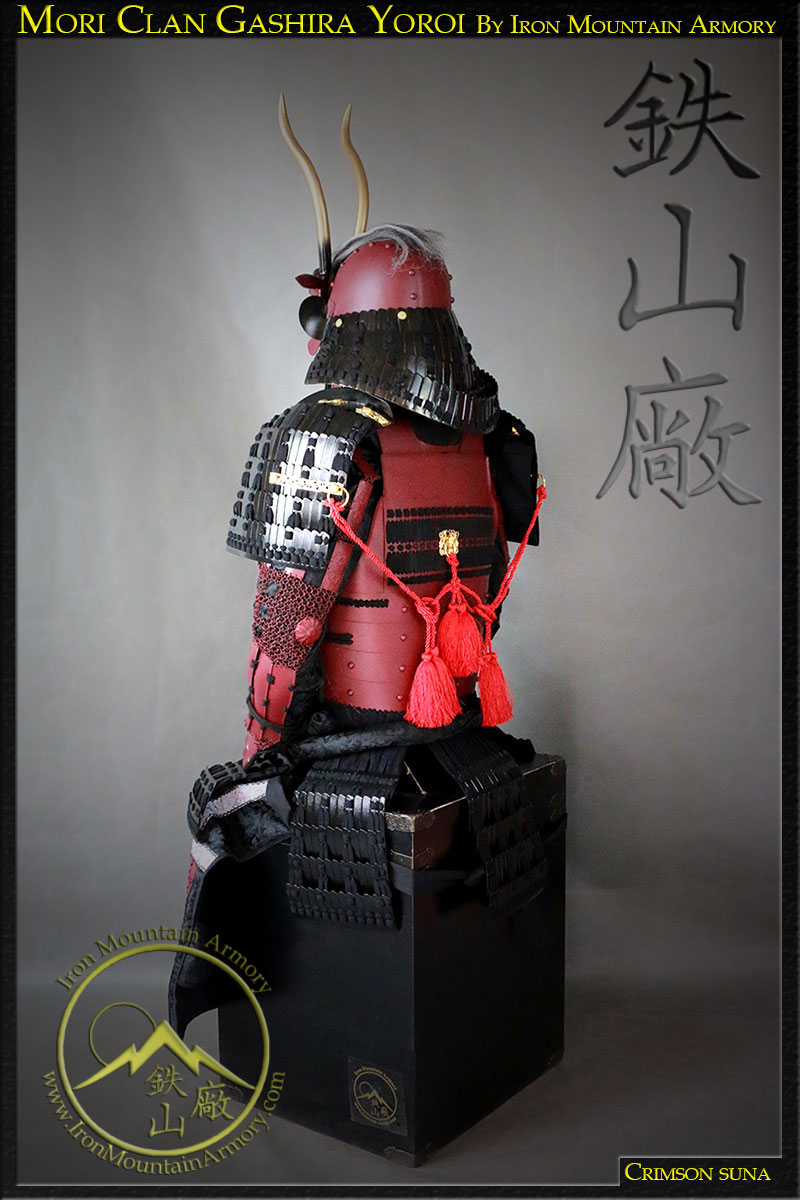 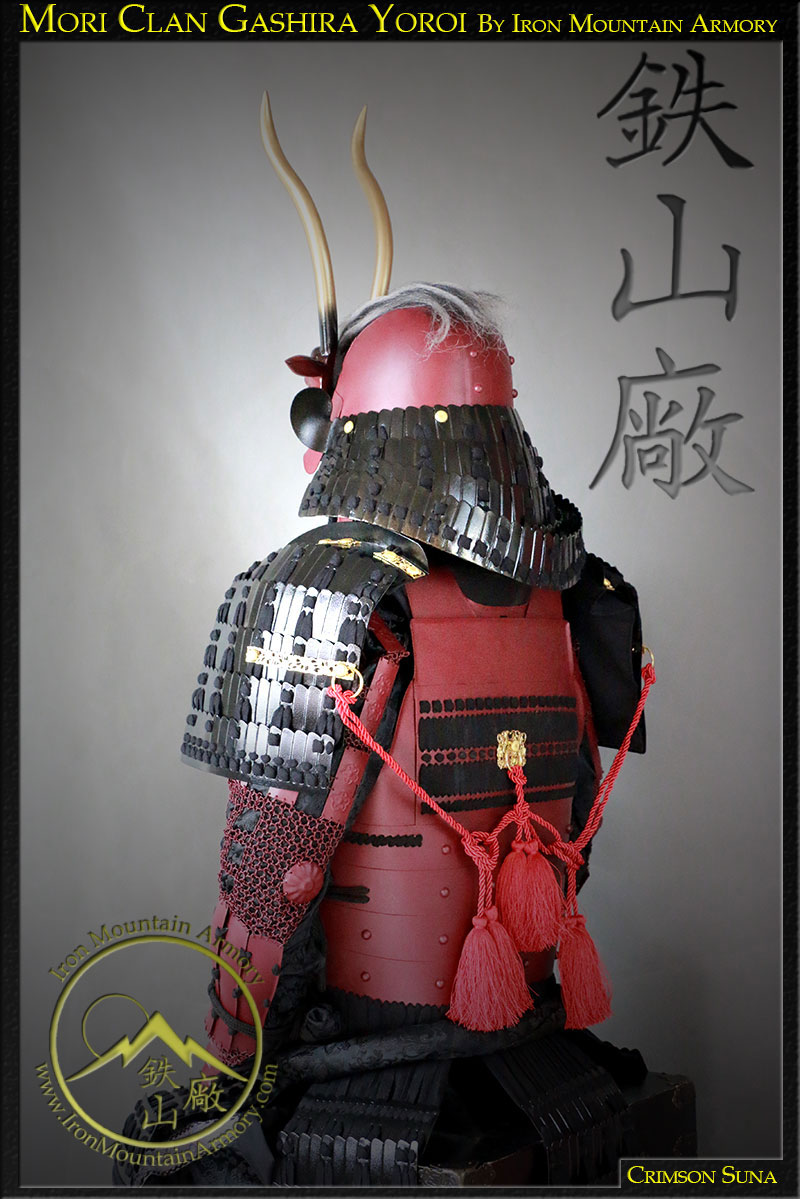 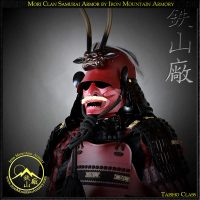 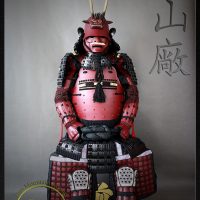 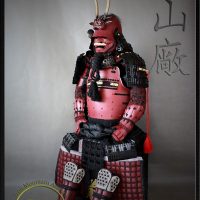 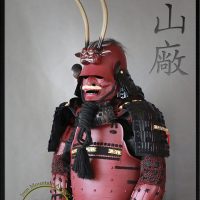 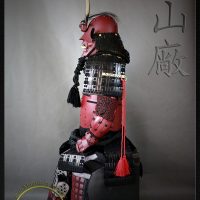 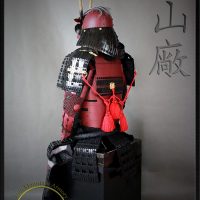 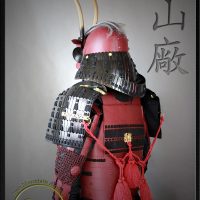 Gashira Class Mori Clan Samurai Armor set is in stock and ready to ship.
Standard size (41″ chest, 5′ 8″).  Only 1 available, sold as used, as seen, may have some minor scuffs, signs of use.

This beautiful yoroi has been reproduced in honor of the Môri Clan of Aki, whose military prowess on land and at sea made them without equal. They could read the waves, move their fleets further than other clans, and as such were unmatched in ocean warfare. They would often surprise their enemies by sailing up onto their shores at night for a quick invasion. The Môri Clan was also known for combining military might with astute diplomacy, making them masters of words as well as waves and warring.  The Gashira samurai were mid ranking samurai who would lead and support the Mori Kachi Samurai in battle on land or sea.  They would receive their marching orders  from their Kumi-Gashira, or Taisho Commander.

In stock. Please allow 2 to 4 days for shipping.  This item was used as a back prop in a TV series. May have some minor blemishes.  Being sold as used.