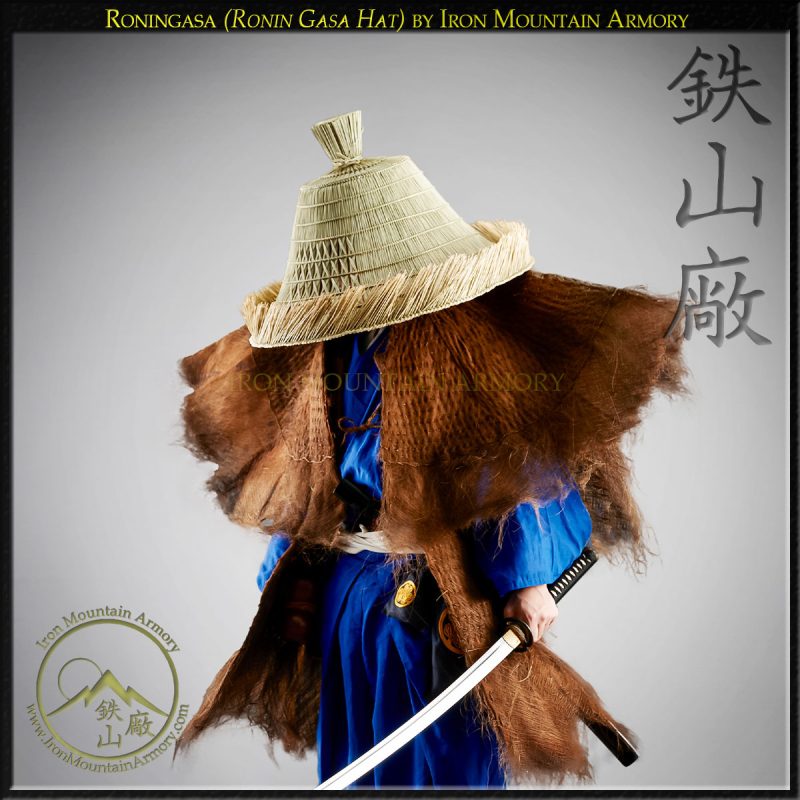 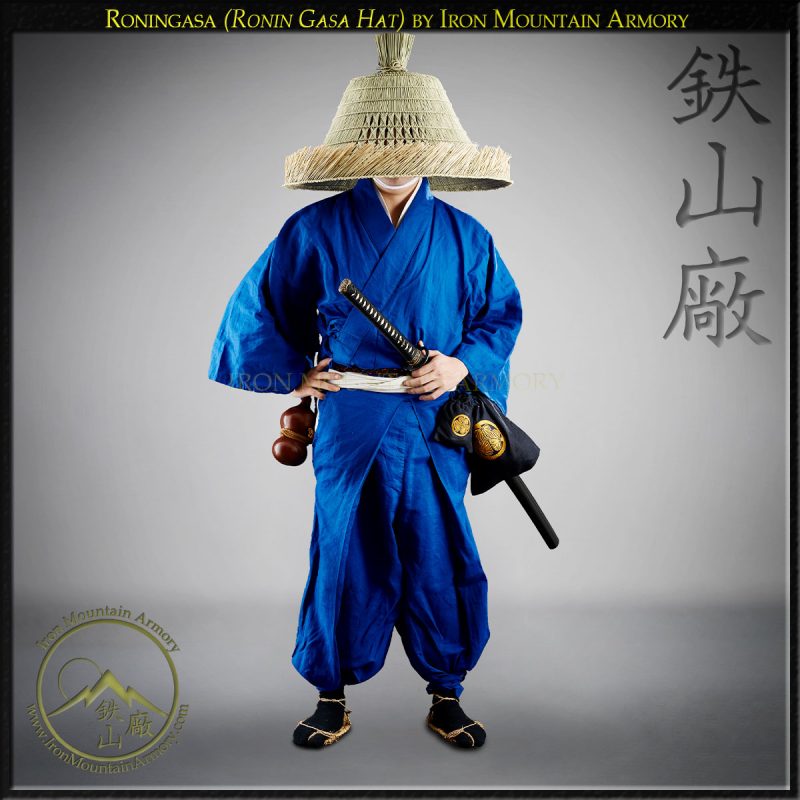 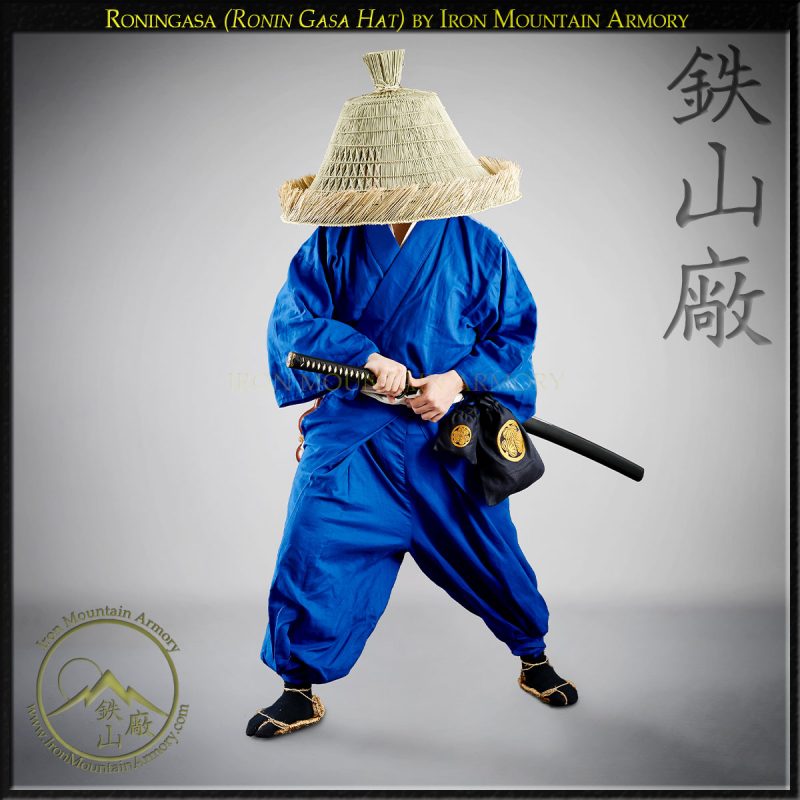 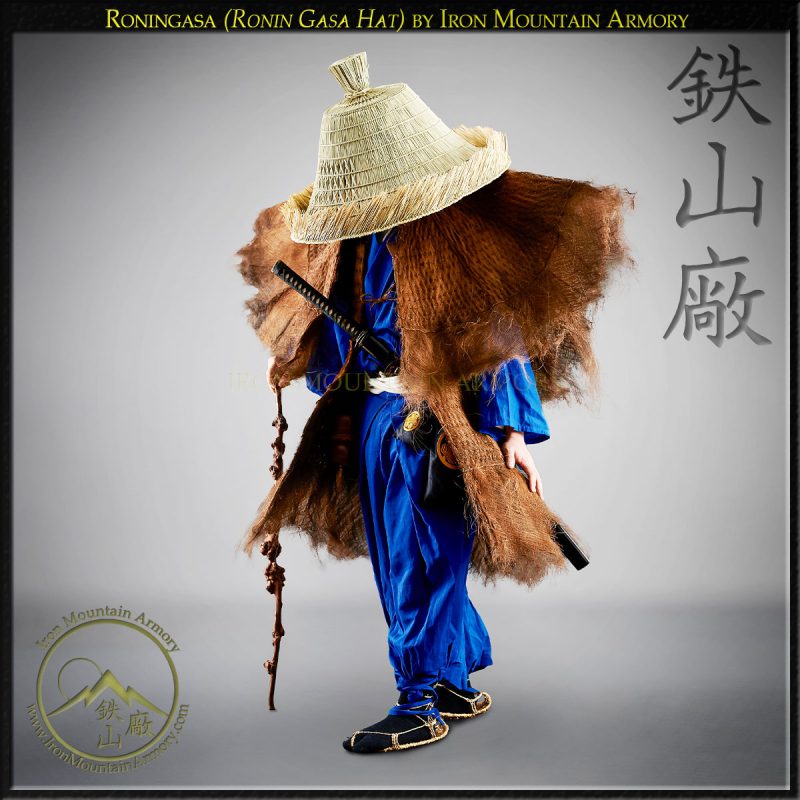 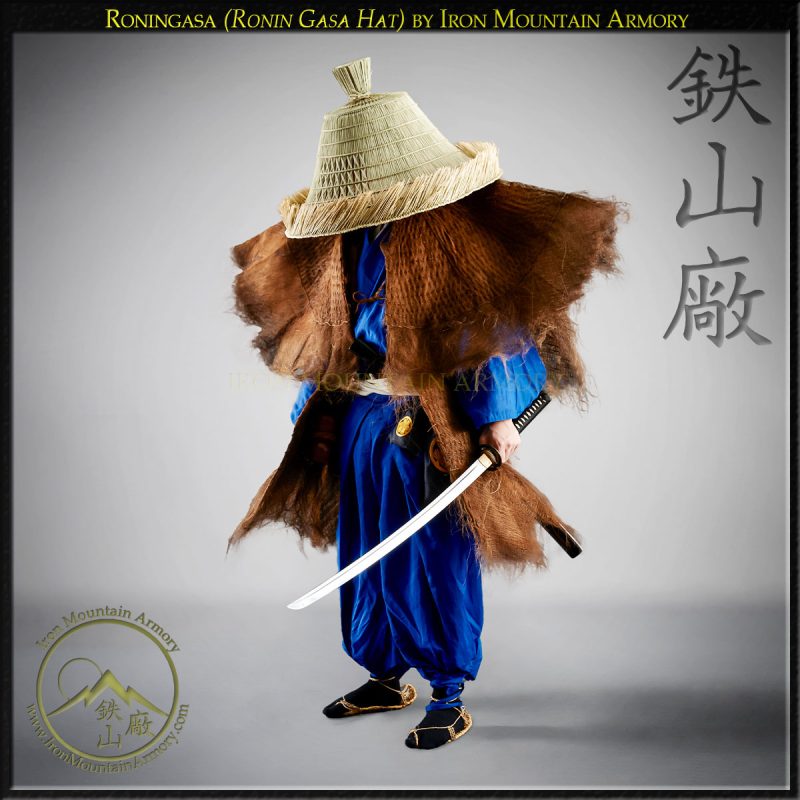 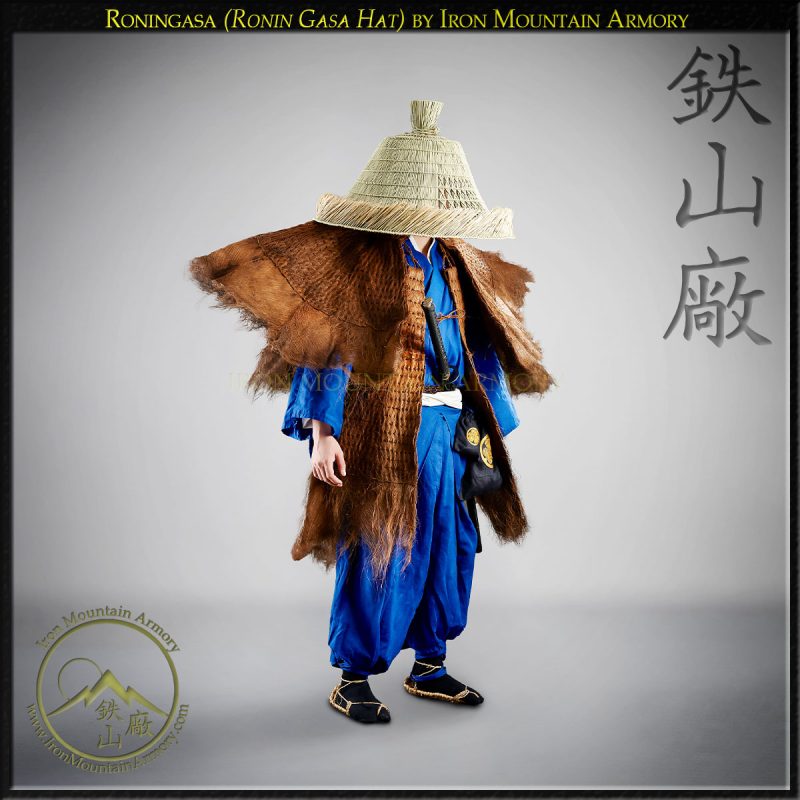 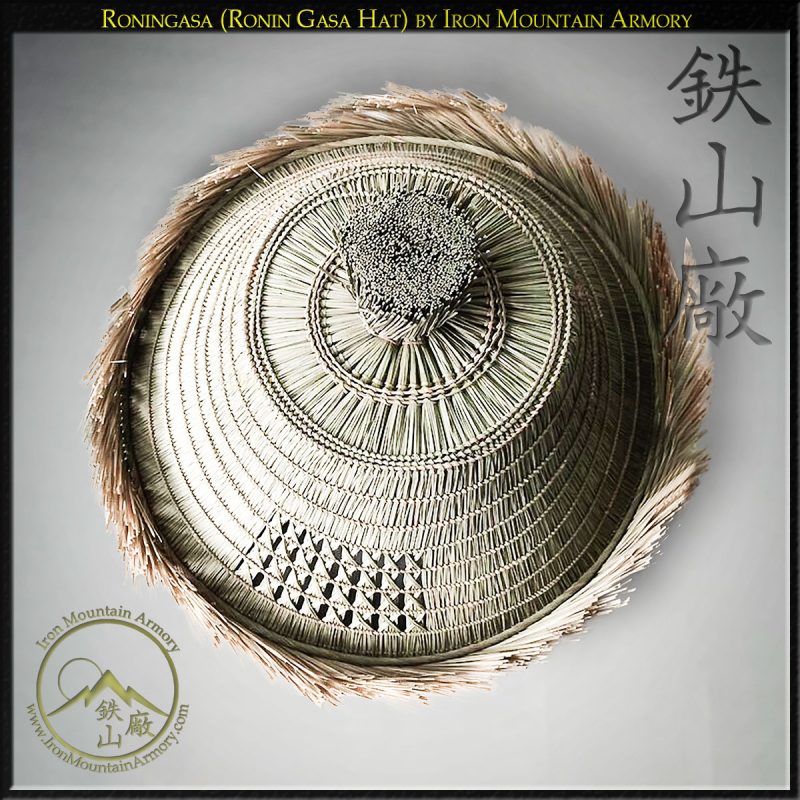 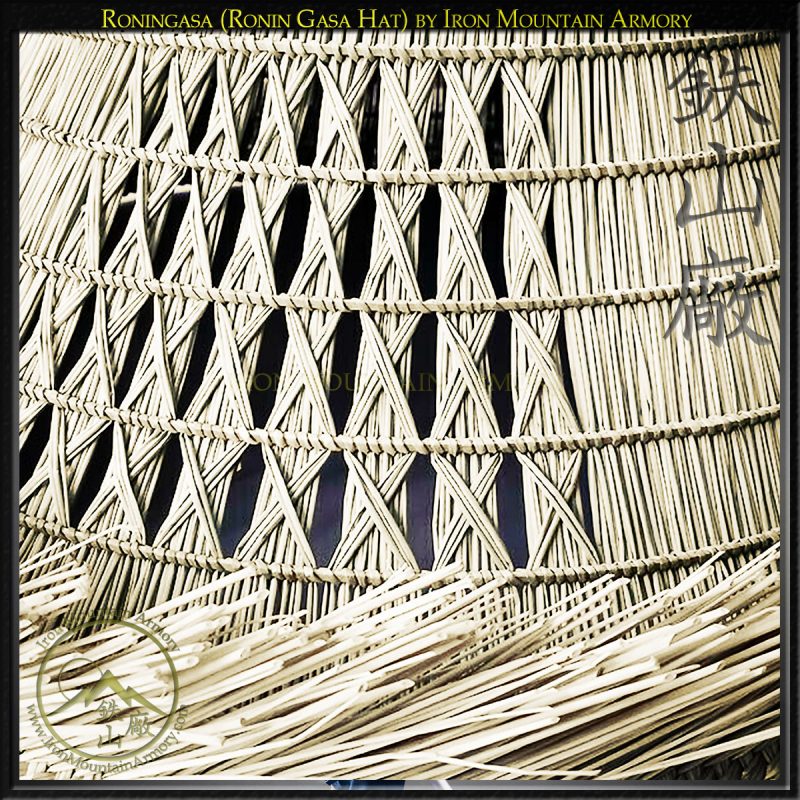 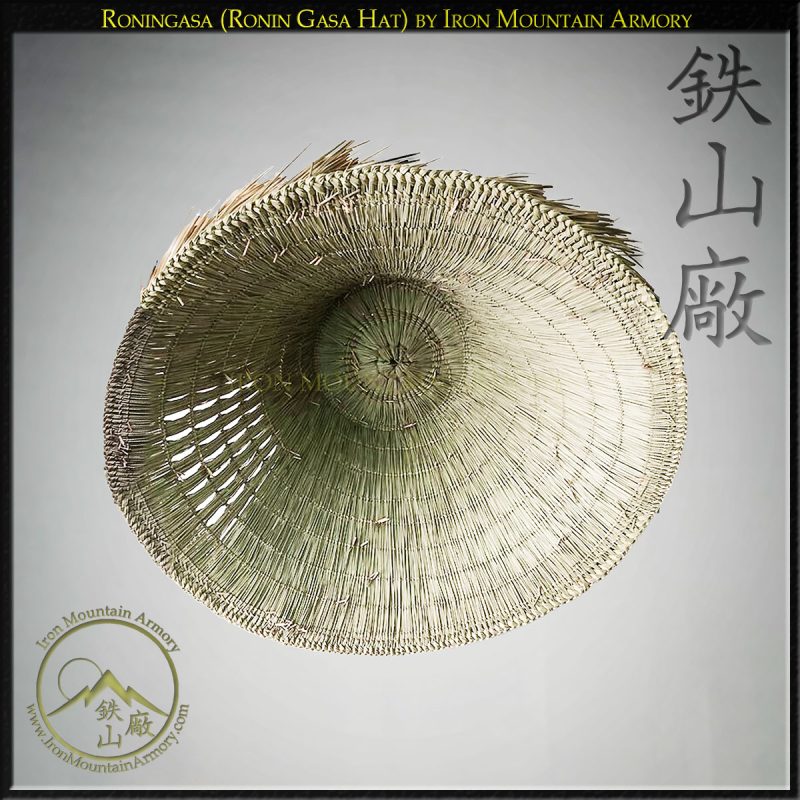 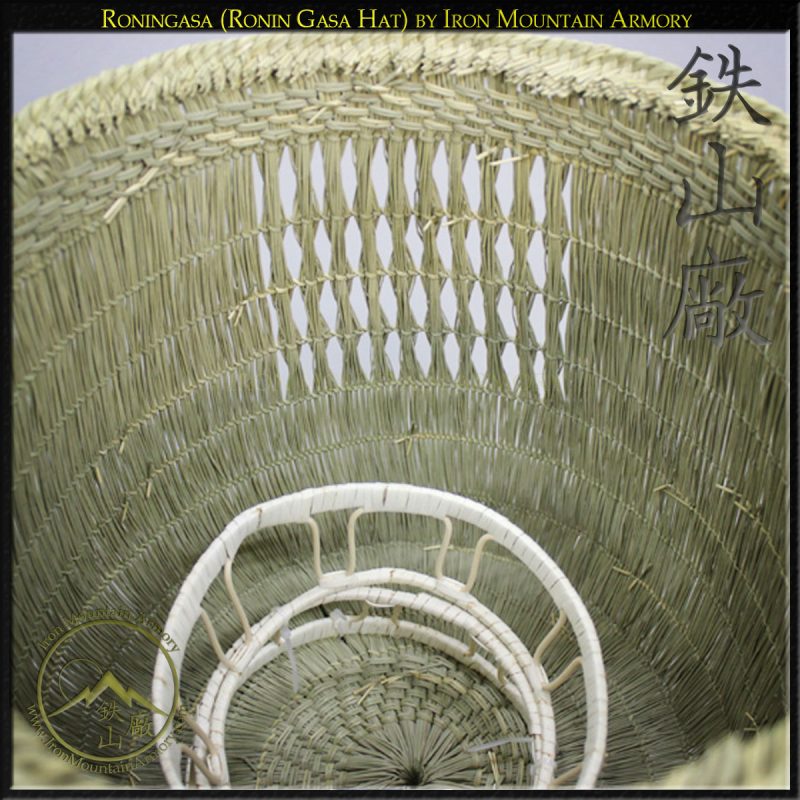 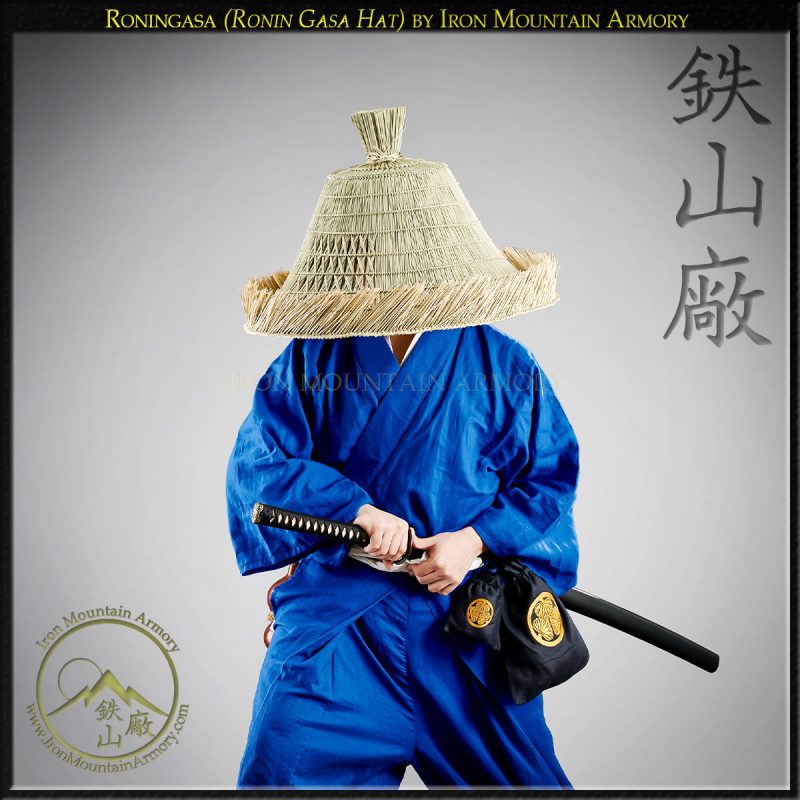 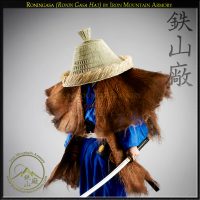 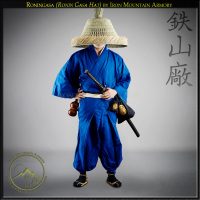 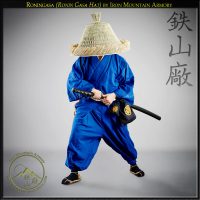 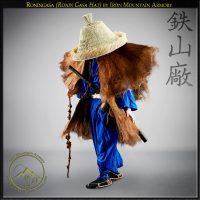 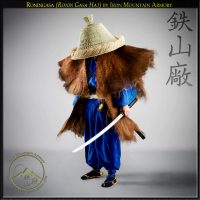 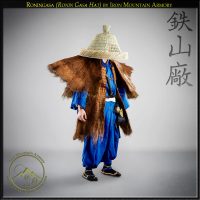 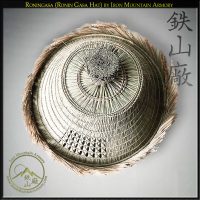 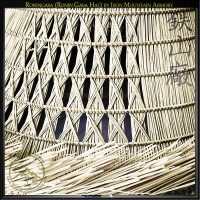 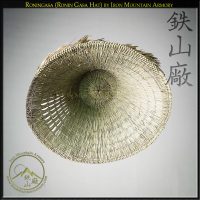 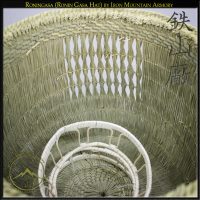 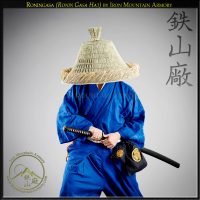 Roningasa (Ronin Hat) is a wide, deep hat woven from bamboo palms, making it very light weight.  It is wide enough to protect the shoulders from rain and sun, while being deep enough to protect the eyes and face from the sun while not obstructing the ronin’s vision due to the slits in the front of the brim . Inside there is a round band called an atamadai which helps the hat fit comfortably on your head.

The ronin samurai hats were worn by wealthy travelers throughout Japan to give themselves maximum protection from the elements.  Ronin samurai, retainer samurai, shinobi (ninja), monk or wealthy merchants would wear this style of traditional weaved gasa (hat).  In modern times this style of gasa has become synonymous with Ronin Samurai (masterless samurai). It is now commonly known as the Ronin Samurai Hat.

Traditionally handcrafted in Japan.  We try to keep a small stock in hand. If out of stock at the time of your order, please allow 45 days for crafting and shipping of this item.

Be the first to review “Roningasa (Ronin Hat)” Cancel reply