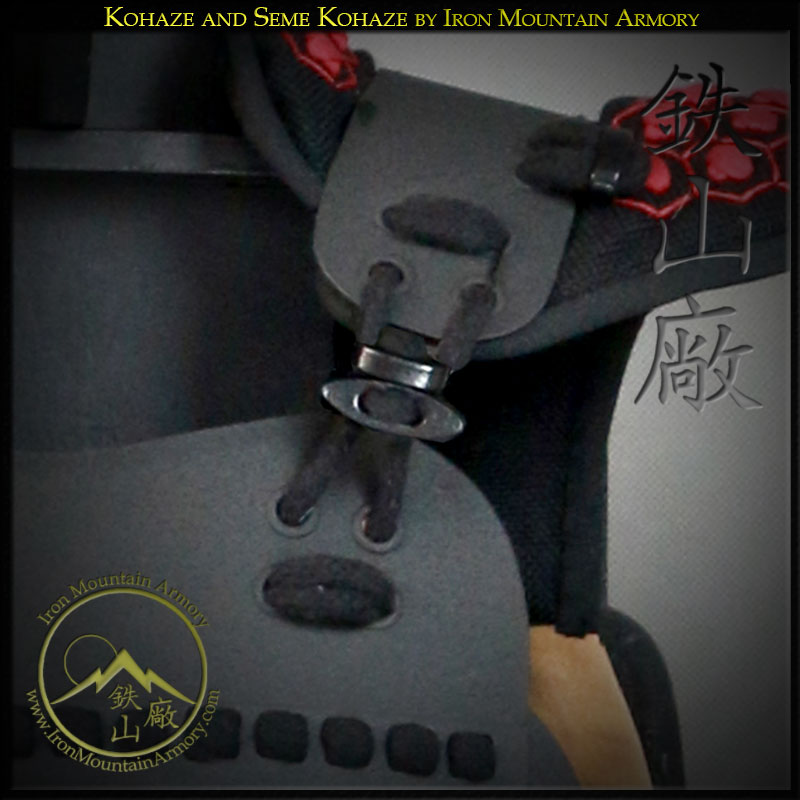 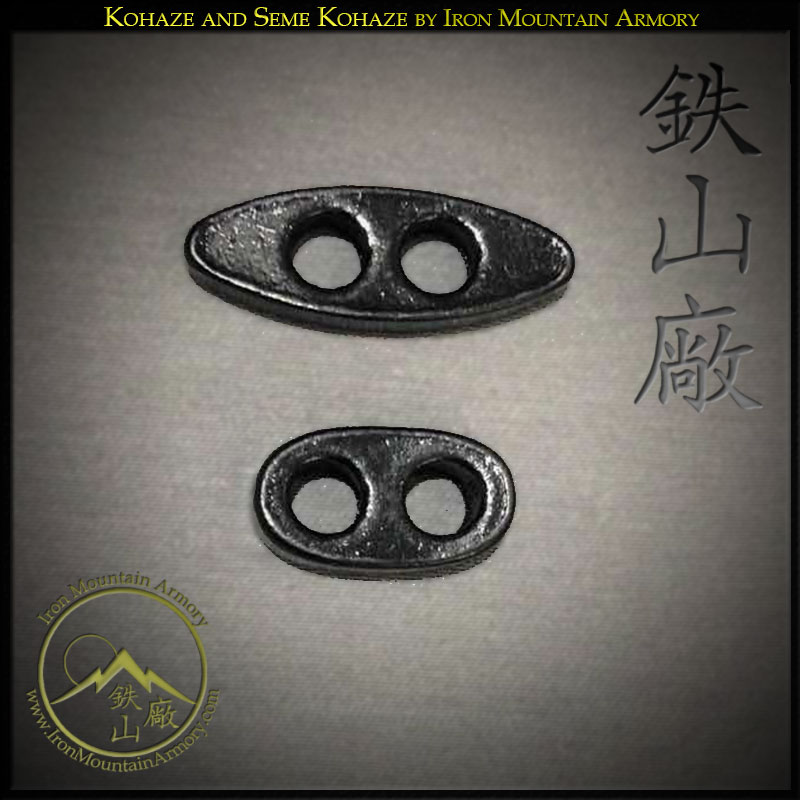 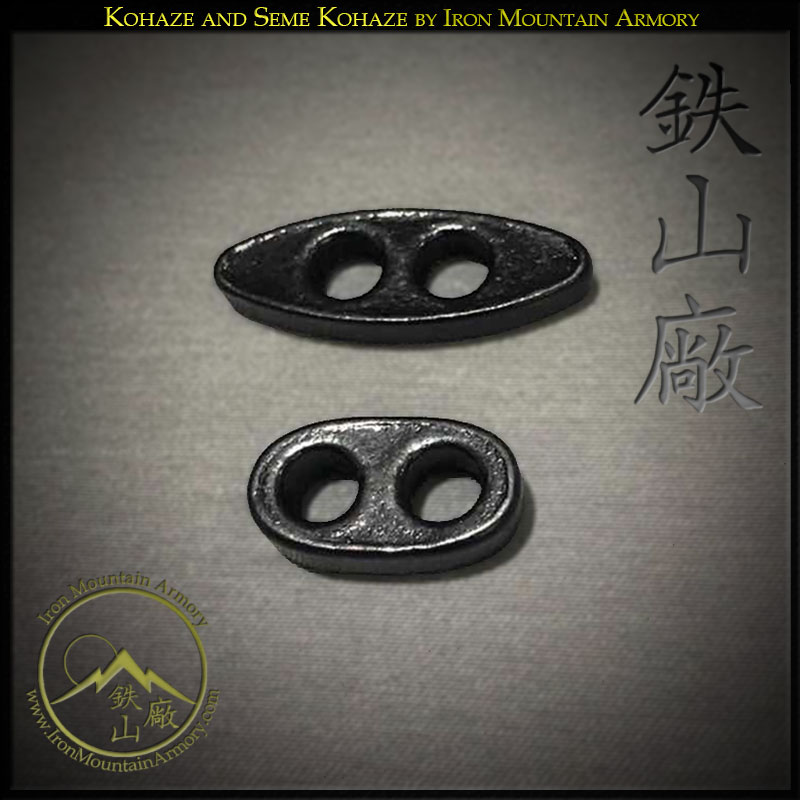 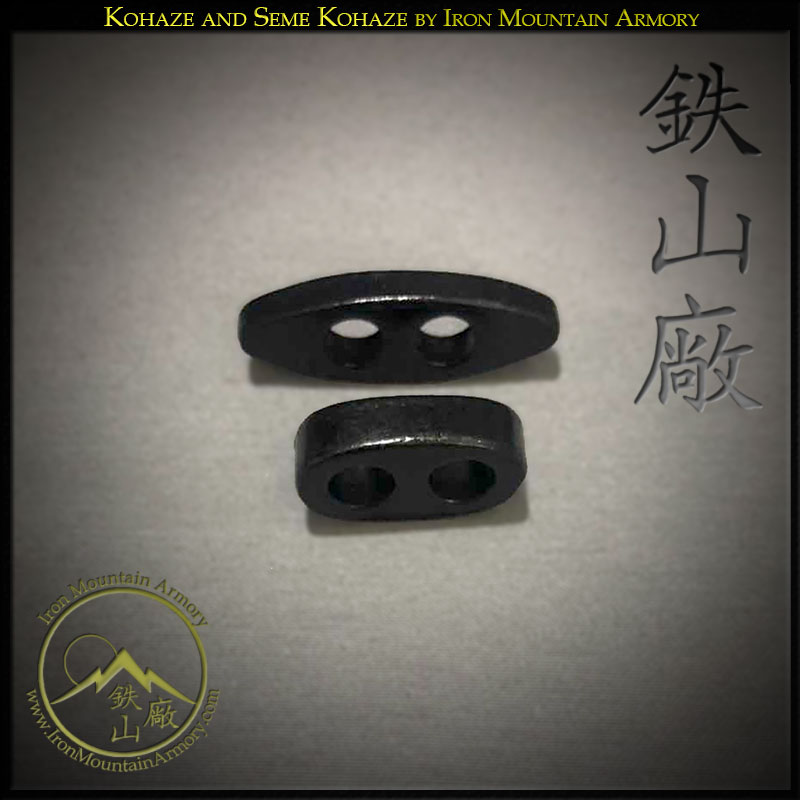 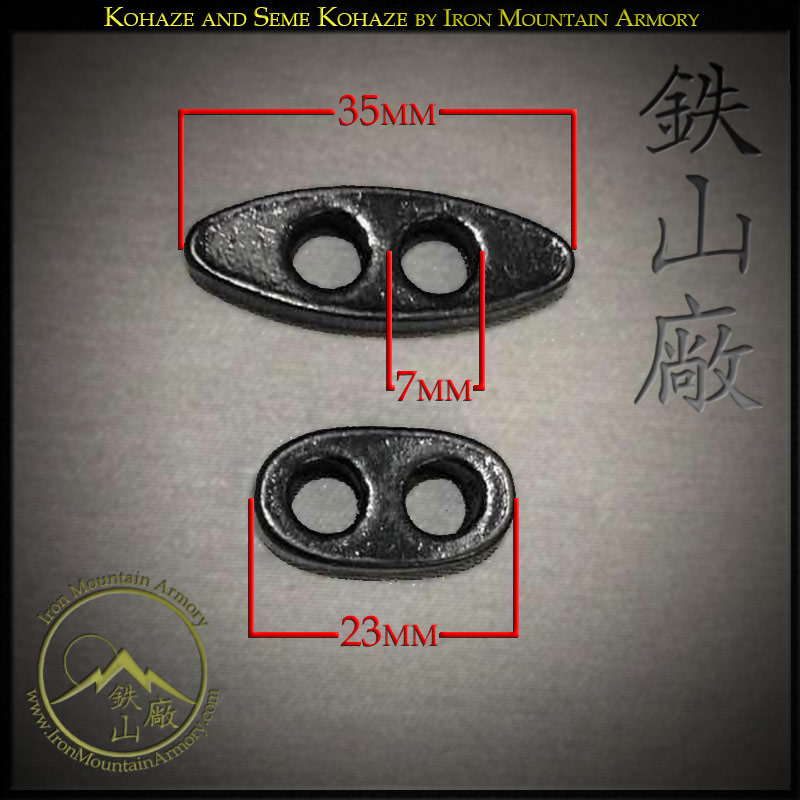 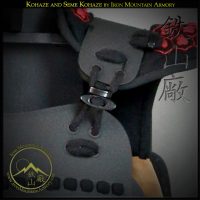 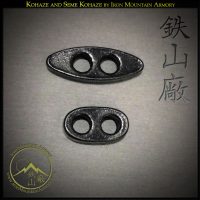 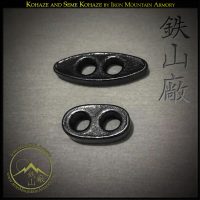 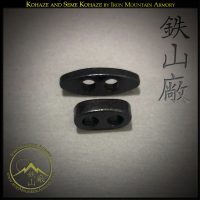 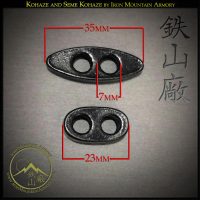 Kohaze & Seme Kohaze are traditional toggles used to fasten the takahimo cords of the Do or Sode on samurai armor.  The kohaze is the “male” toggle, traditionally crafted from iron or copper and has a “lozenge shape”.  The seme kohaze is the “female” toggle and typically has an oval shape, like a double holed bead. The aibiki (strap cord) passes through both toggles, loops around and back through the toggle, then ties to the respected armor part.  The seme kohaze slides up, providing slack for the male toggle to slide through.  The seme kohaze then slides back down, closing the slack, thus trapping and securing the male toggle into place.  The holes will accommodate a cord up to 7mm thick

This is an in-stock item. Please allow 4 to 5 days for shipping of your order.