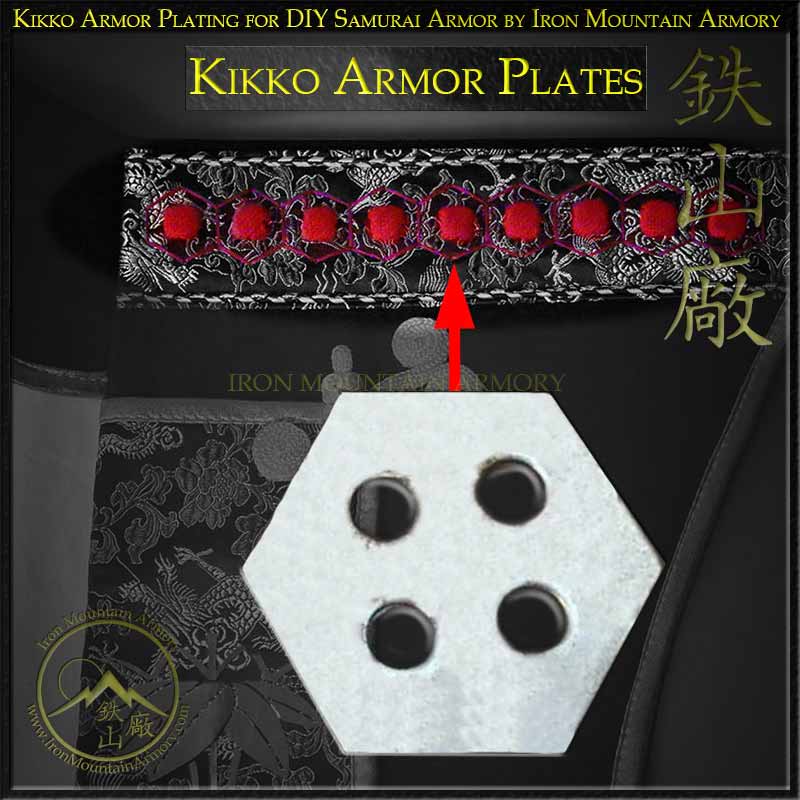 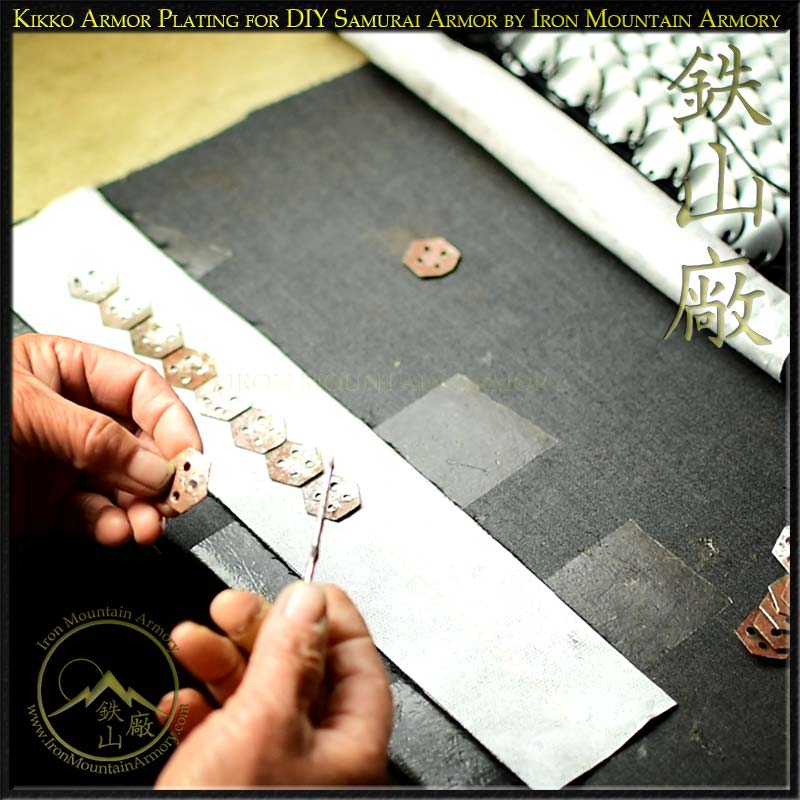 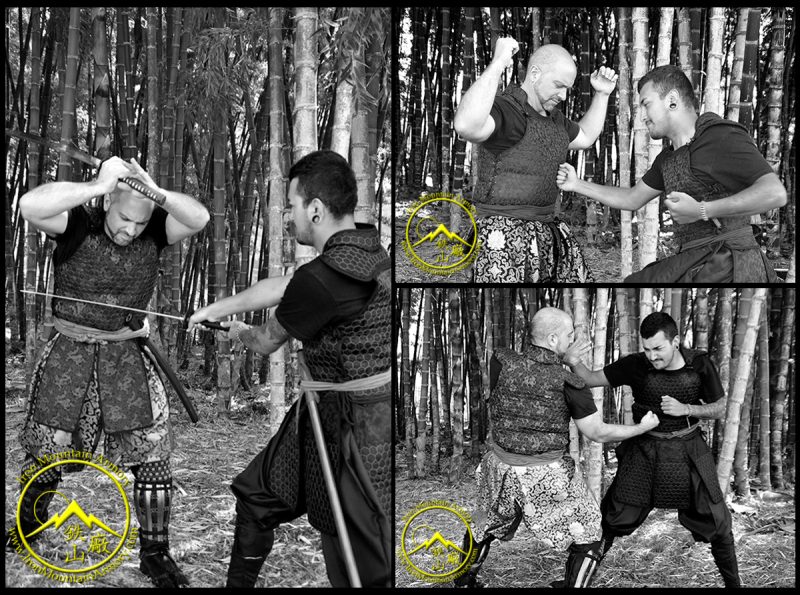 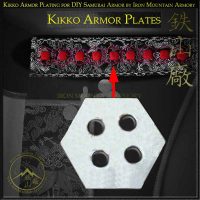 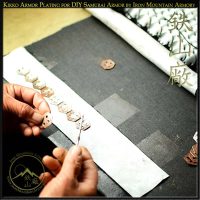 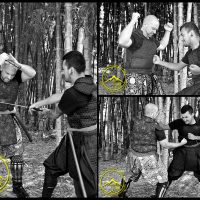 Kikko (亀甲, kikkō)  are small iron (sometimes hardened leather) hexagon shaped armor plates, which simulate the shell of a turtle. The plates are sewn within layers of cloth to make a light and very flexible “brigandine” style of armor. Kikko plates layered inside of layers of asa (hemp) and/or silk formed a very tight shield, giving very good protection against slashing and thrusted blades.  This style of samurai brigandine armor was common among both samurai and ashigaru (foot soldiers) during the Sengoku and Edo era.  Holes where often drilled into the center plating so odoshi (armor lacing) could pass through and knotted to better secure the plating and offer extra protection.  Holes could also be made along the edge so kusari (chainmail) could be attached, making a more robust samurai chainmail armor section or set.  This style of armor could be worn over, or under armor and often in the gaps in the armor, to offer extra portion.  Kikko armor is often used in the tate-eri (should padding), suneate (shin armor).  It could also be made to make up the entire armor part or set, as in the kikko gane do.  Other armor styles include waki-biki, manchira and manju-no wa. It is also considered a type of “tatami” (folding) armor.

Be the first to review “Kikko Armor Plates” Cancel reply