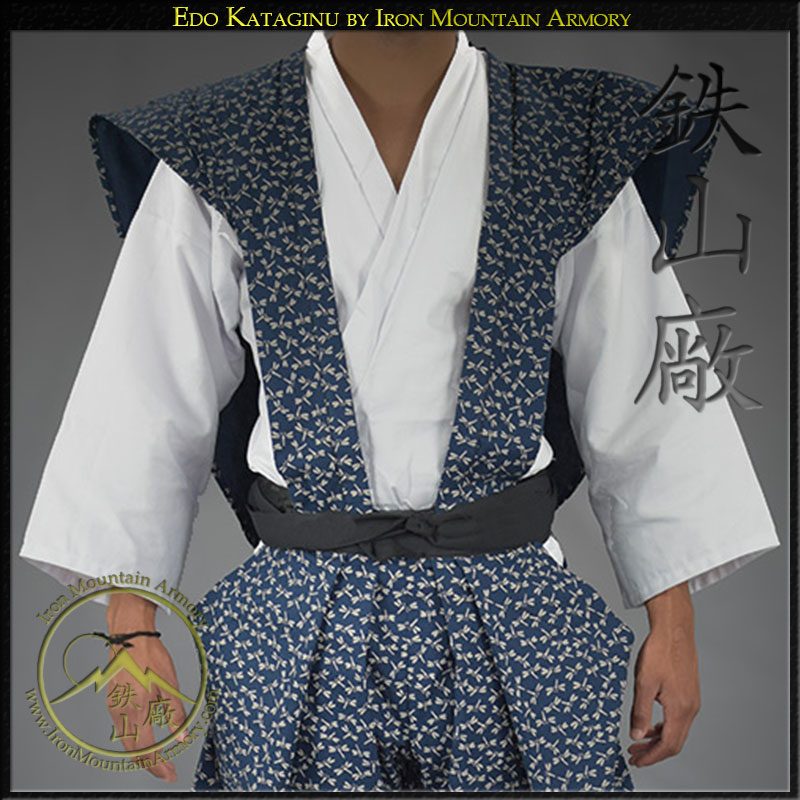 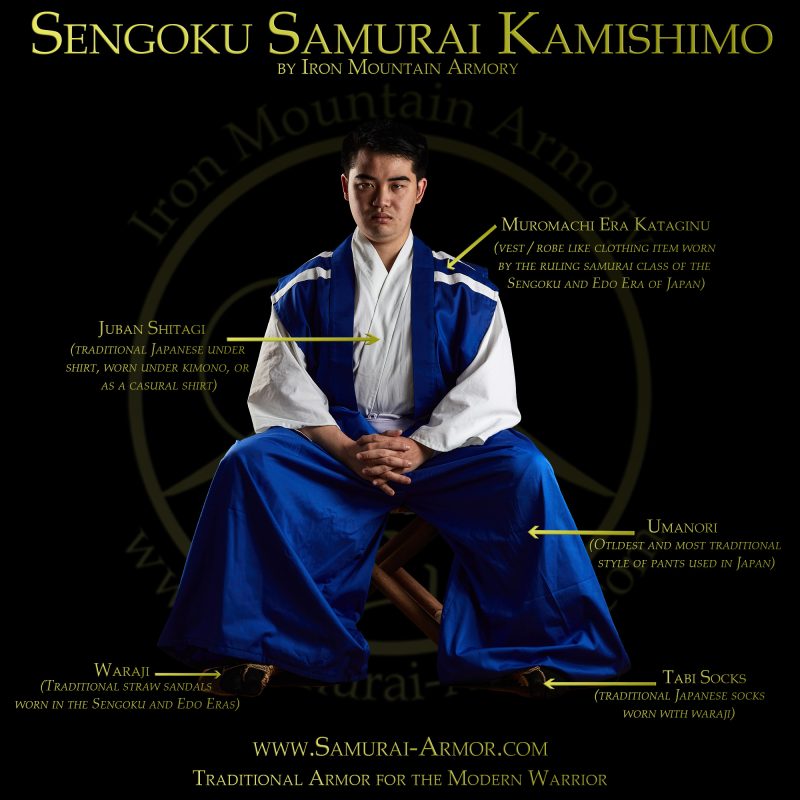 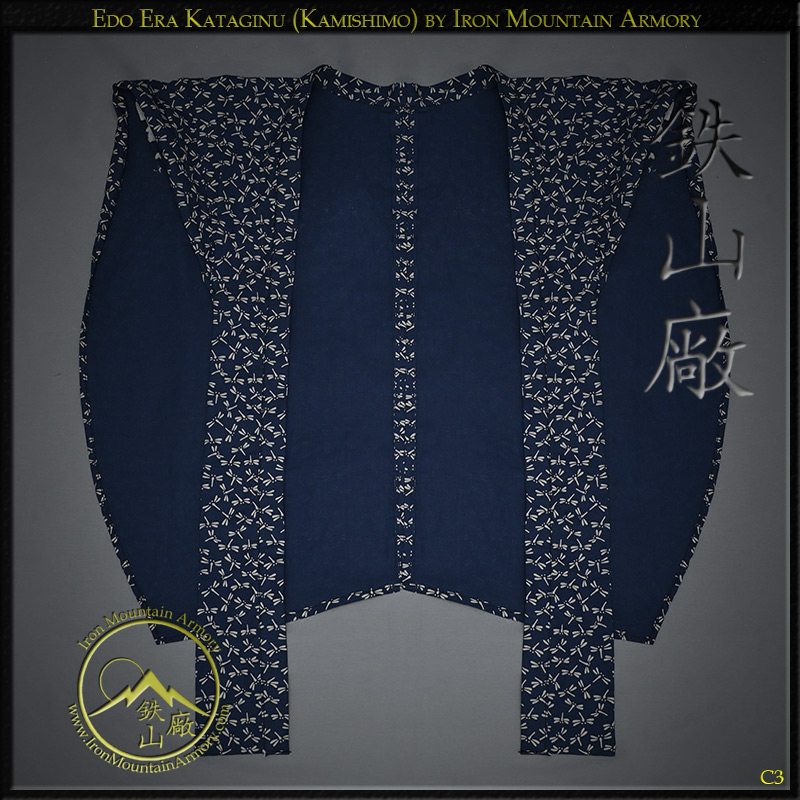 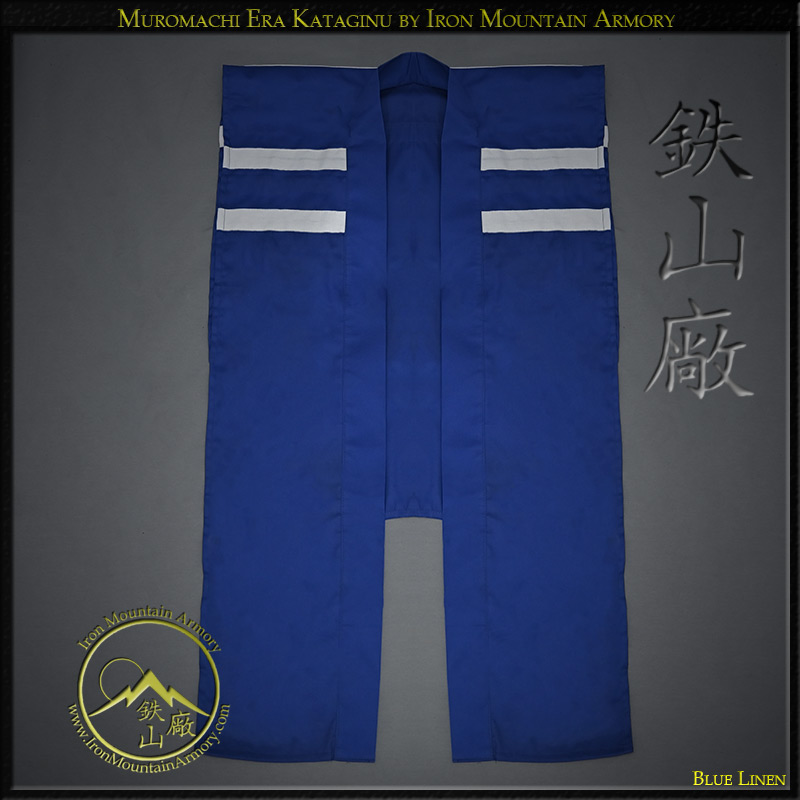 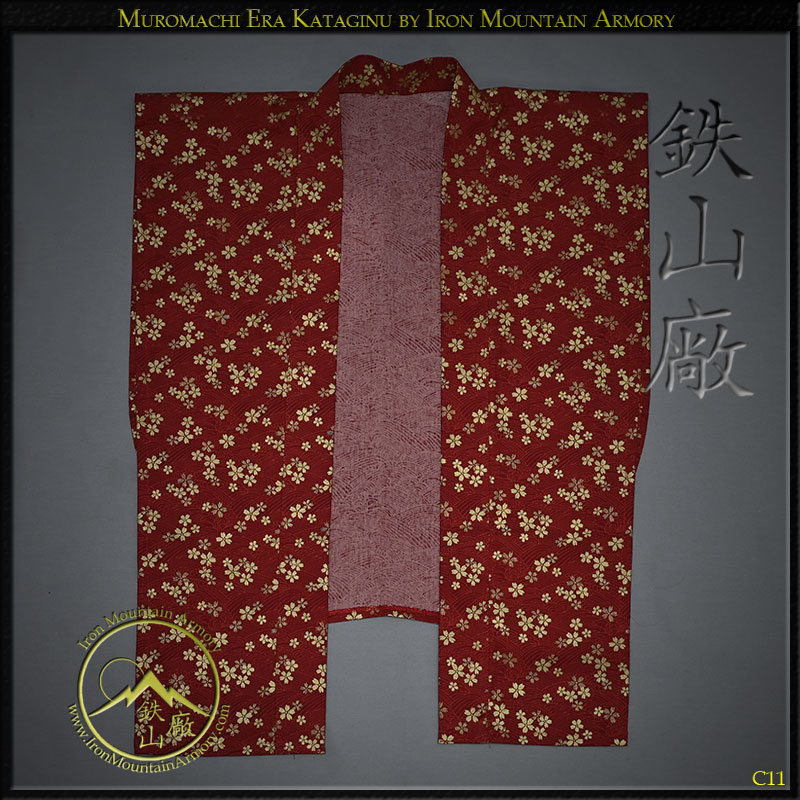 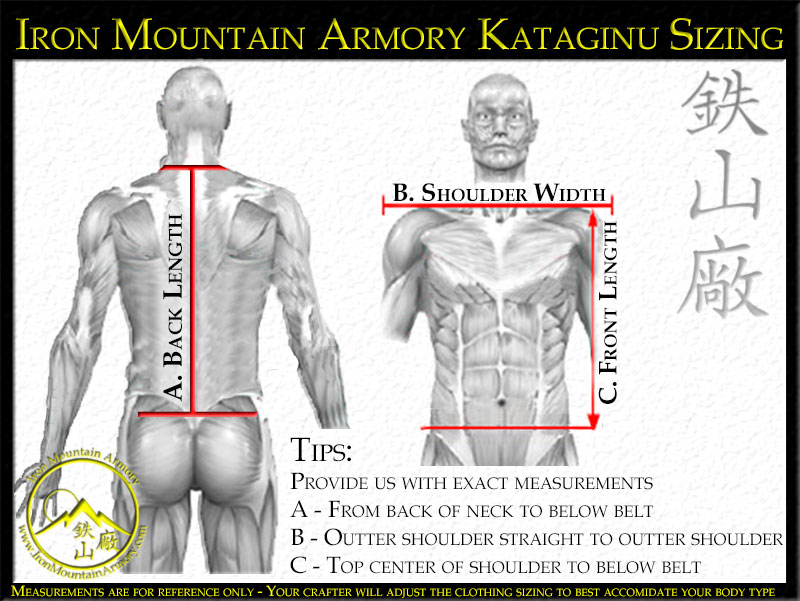 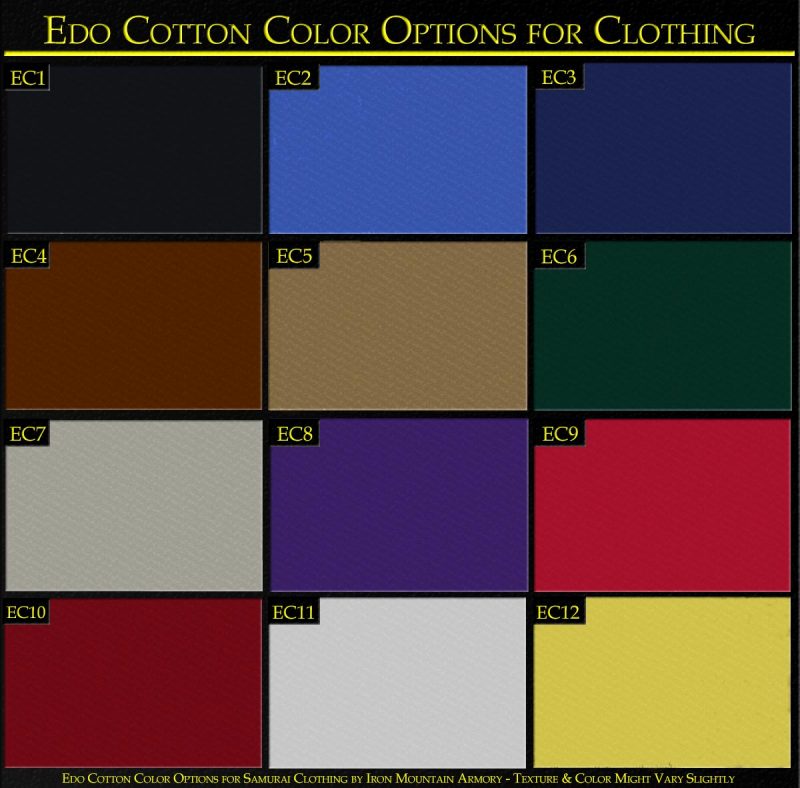 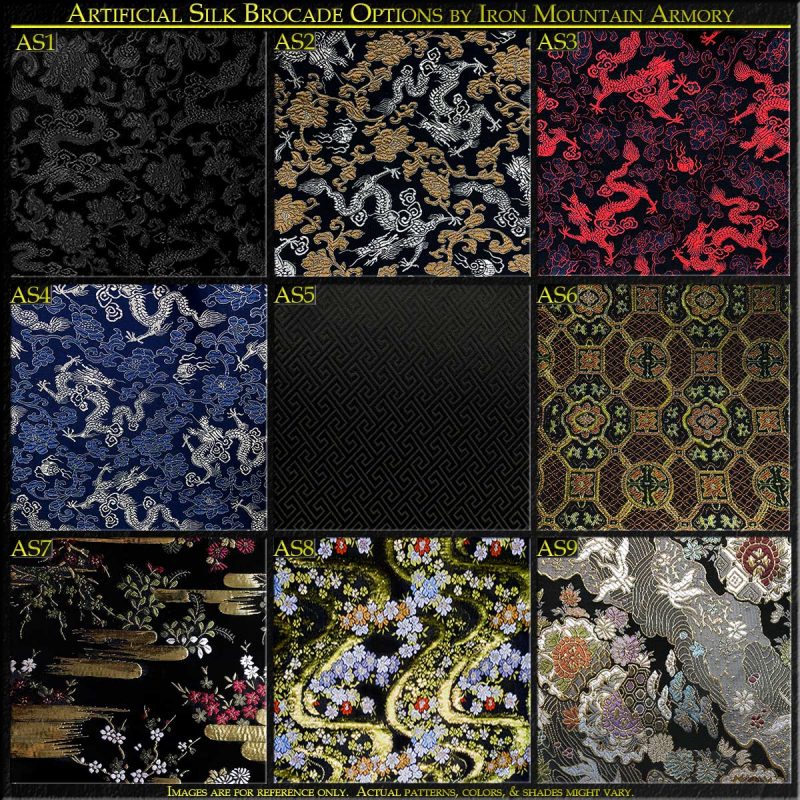 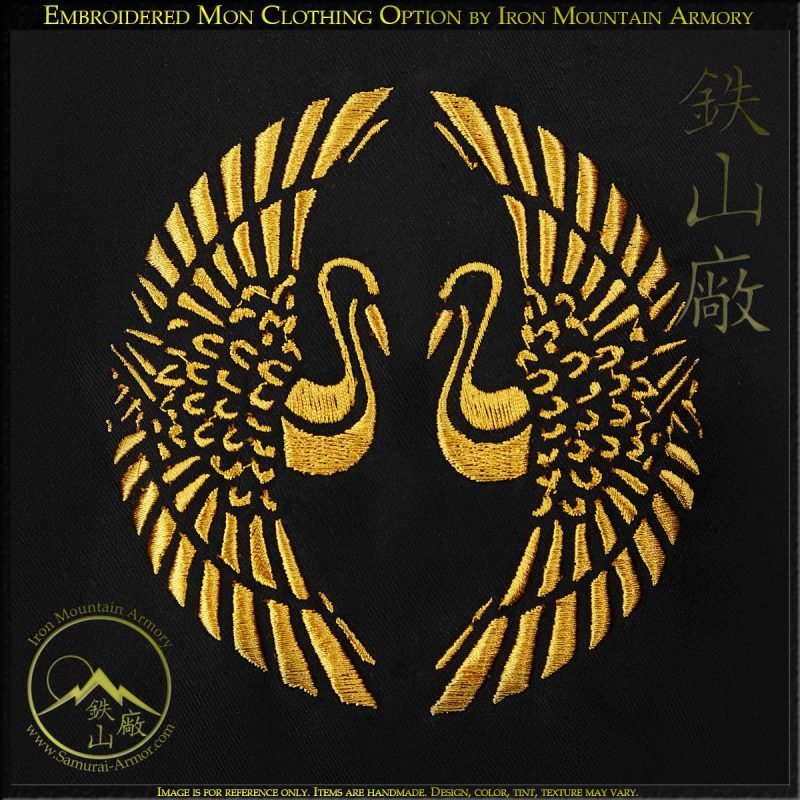 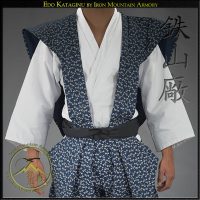 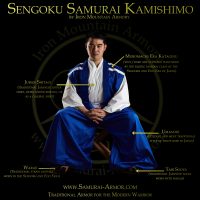 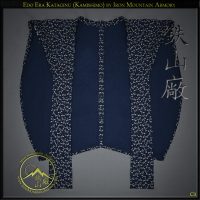 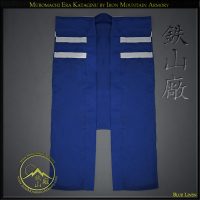 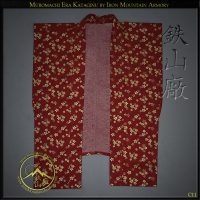 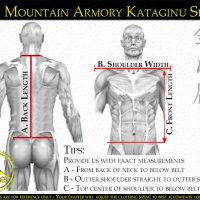 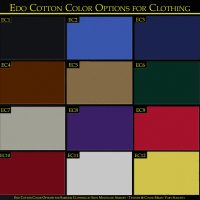 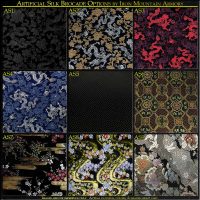 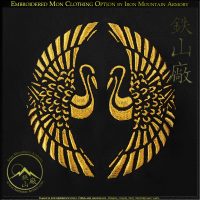 Kataginu are vest like clothing items worn by the ruling samurai class of the early Sengoku / Muromachi and Edo Era of Japan. They were often crafted using the same fabric as the hakama and were open under the arms, making them a “sideless” samurai vest.  Samurai would always wear the kataginu over their kimono whenever in public, as a mark of their class.   When worn with a hakama, the clothing set would be referred to as a kataginu kamishimo. Into the Edo Era the Kataginu were referred to more as “Kamishimo” If the samurai vest material does not match the hakama, it  typically denotes the samurai is of low rank and the vest will then likely match the family or clan color, in which the samurai serves under.  On formal occasions the samurai will have the kamon or family / clan symbol on the lapel and/or the back of the kataginu. However during informal occasions a simple solid color, maybe with stripes or some pattern, would be worn.

Our katainu / kamishimo are historically accurate and made with period authentic fabrics and designs. These are perfect for modern martial artists, re-enactors, cosplay, larp, sca or anyone wanting to add some traditional Japanese clothing style to their modern life. We will custom size your “samurai vest” for your best fit. Please read all details below and contact us if you have any questions.

PLEASE NOTE: Muromachi Era Kataginu have wide lapels which hang loosely and straight down, giving the vest a rectangular shape.  The Edo Era Kataginu or Kamishimo feature broad “pointy” shoulders that are pleated down to the collar in front and have a narrow lapel. We will extend the total shoulder length an additional 30 cm for Edo Kataginu. Please provide accurate measurements so we do not over extend your shoulders, unless you wish them to be over extended or shorter. Our samurai clothing and accessories are featured in the docudrama “Age of Samurai: Battle for Japan” by Netflix & the Smithsonian Channel.