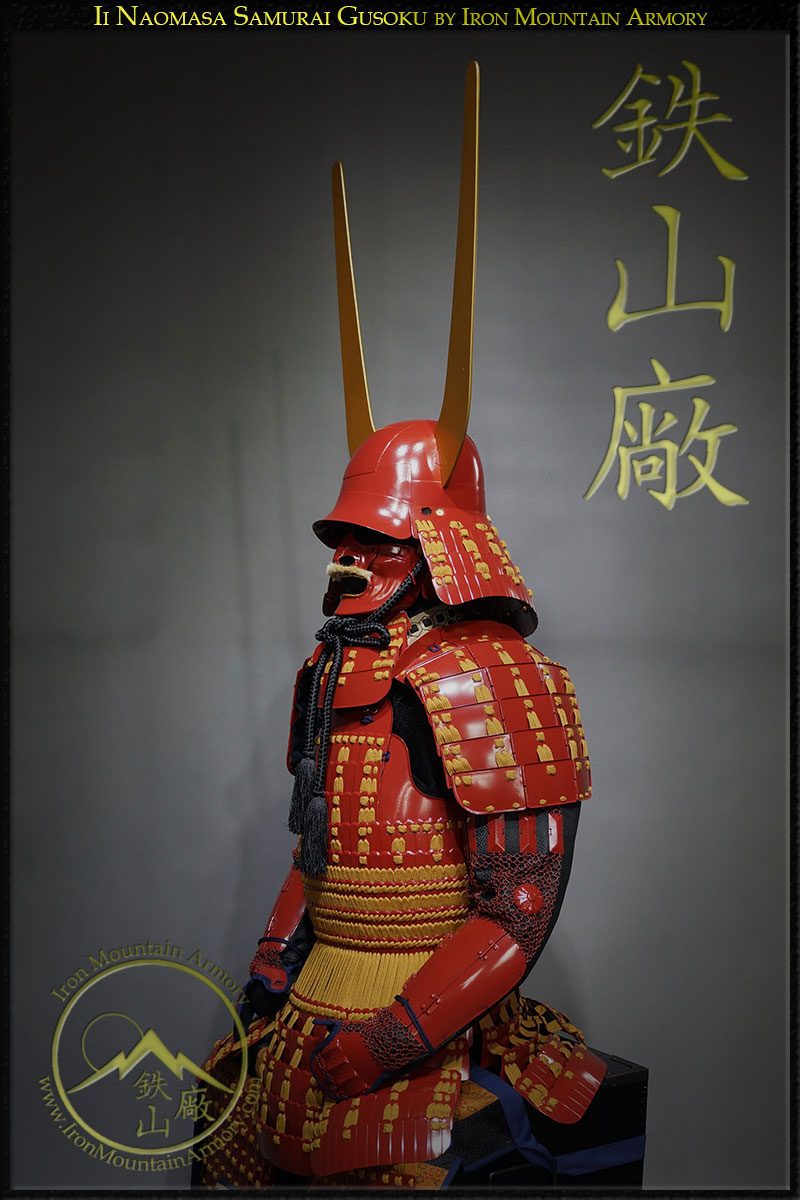 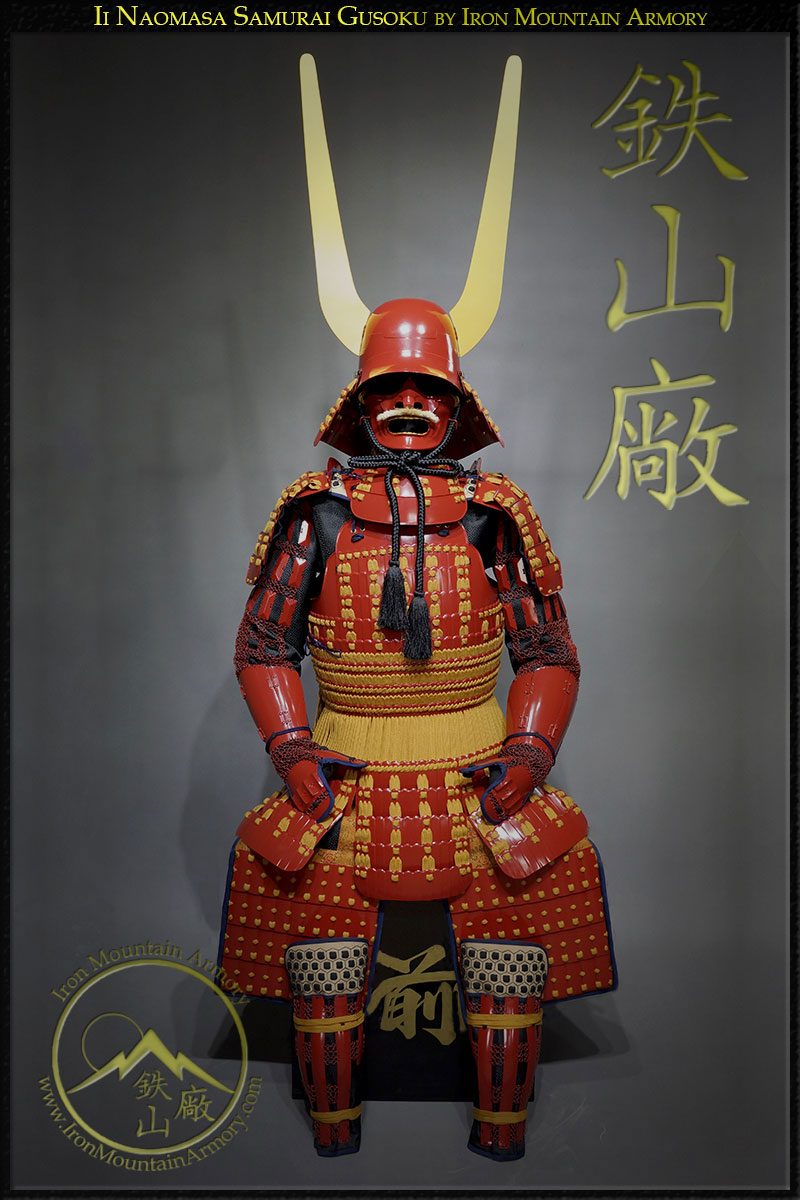 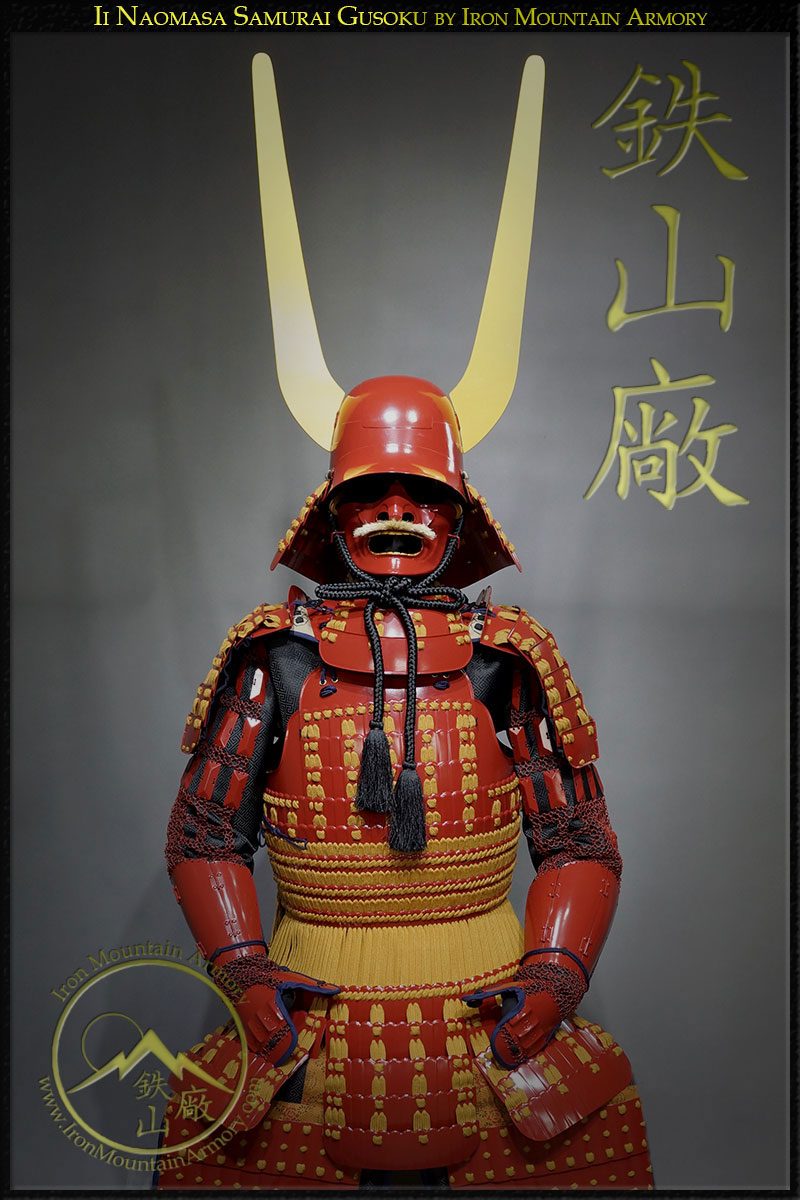 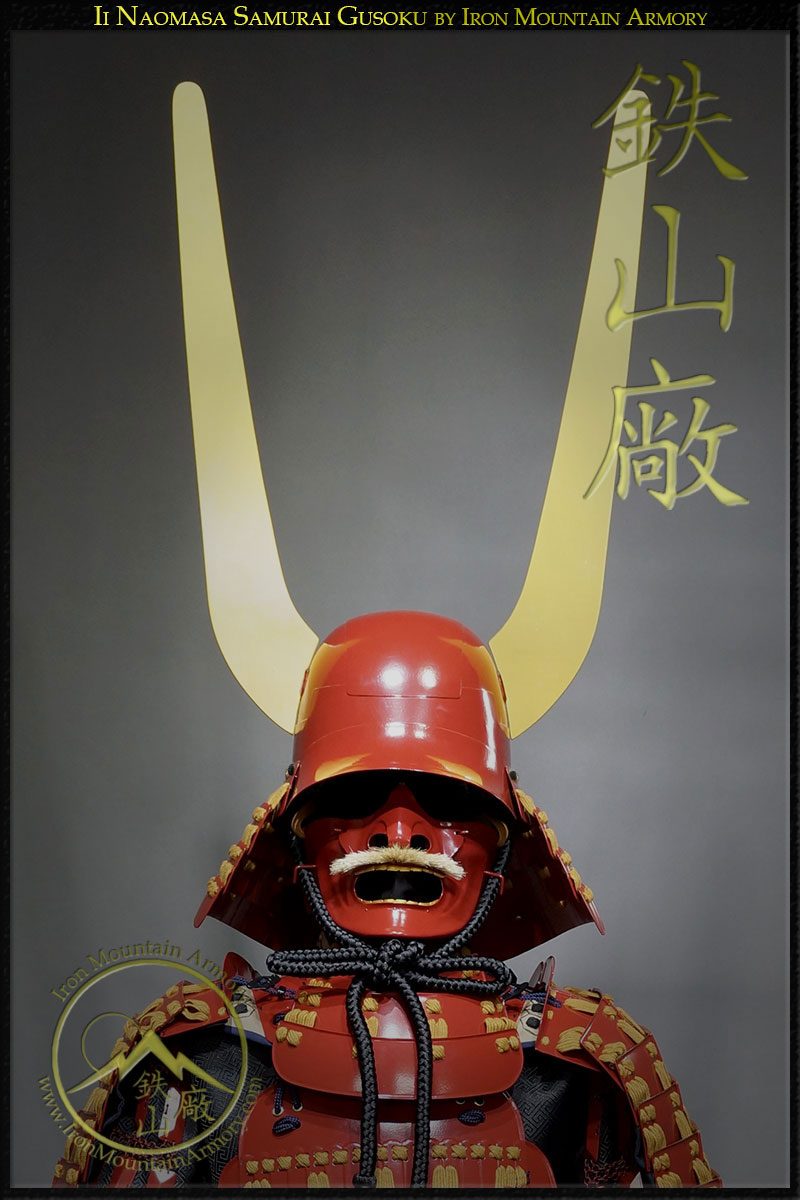 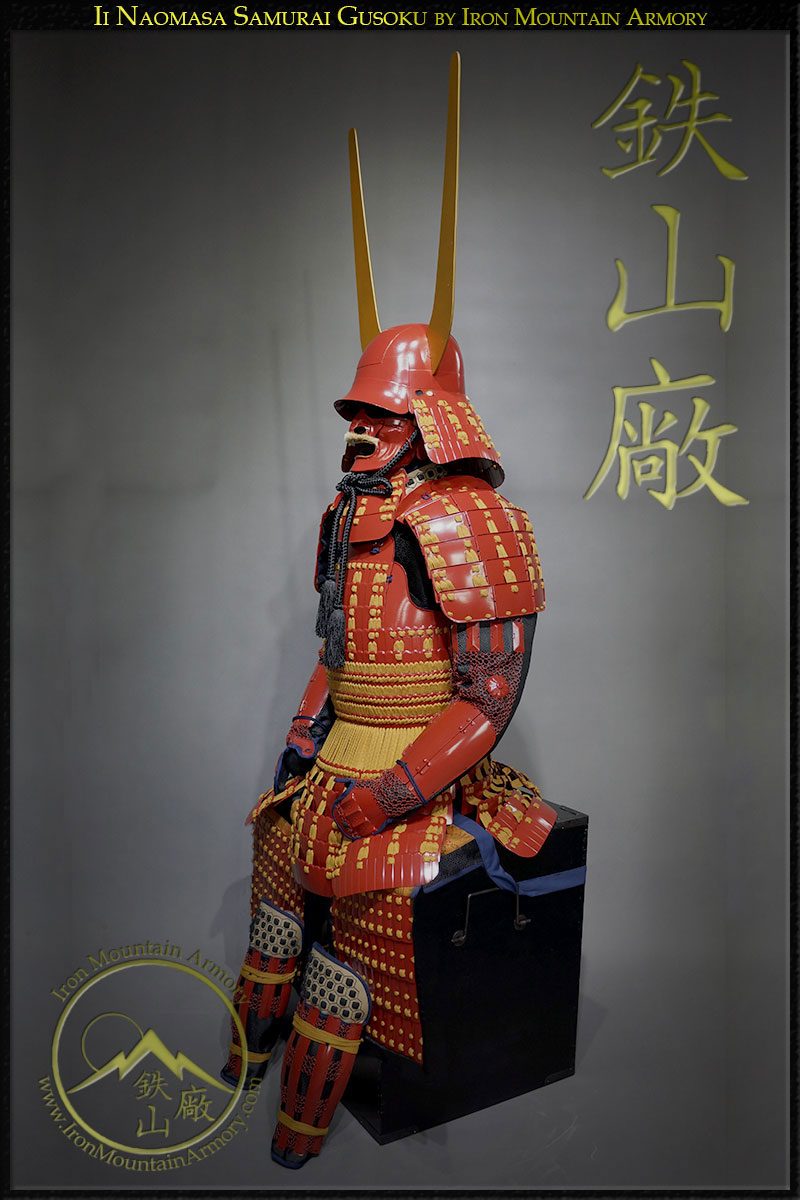 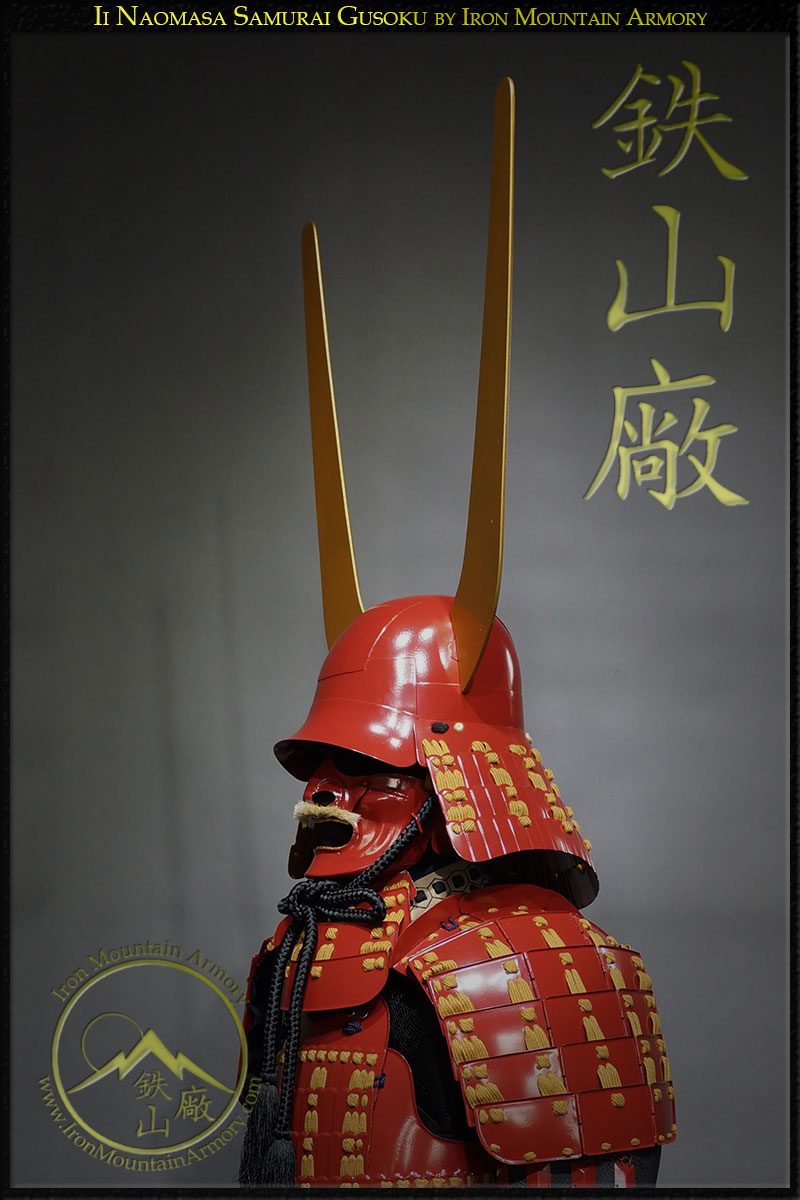 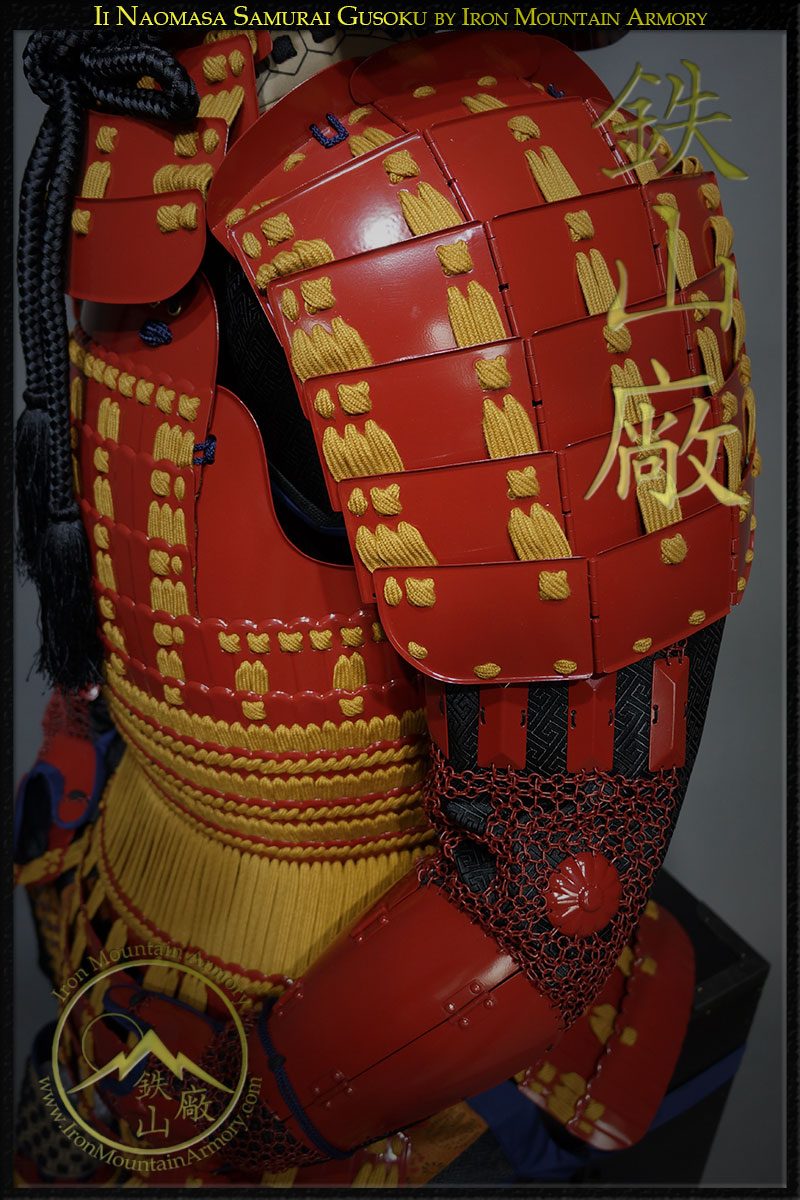 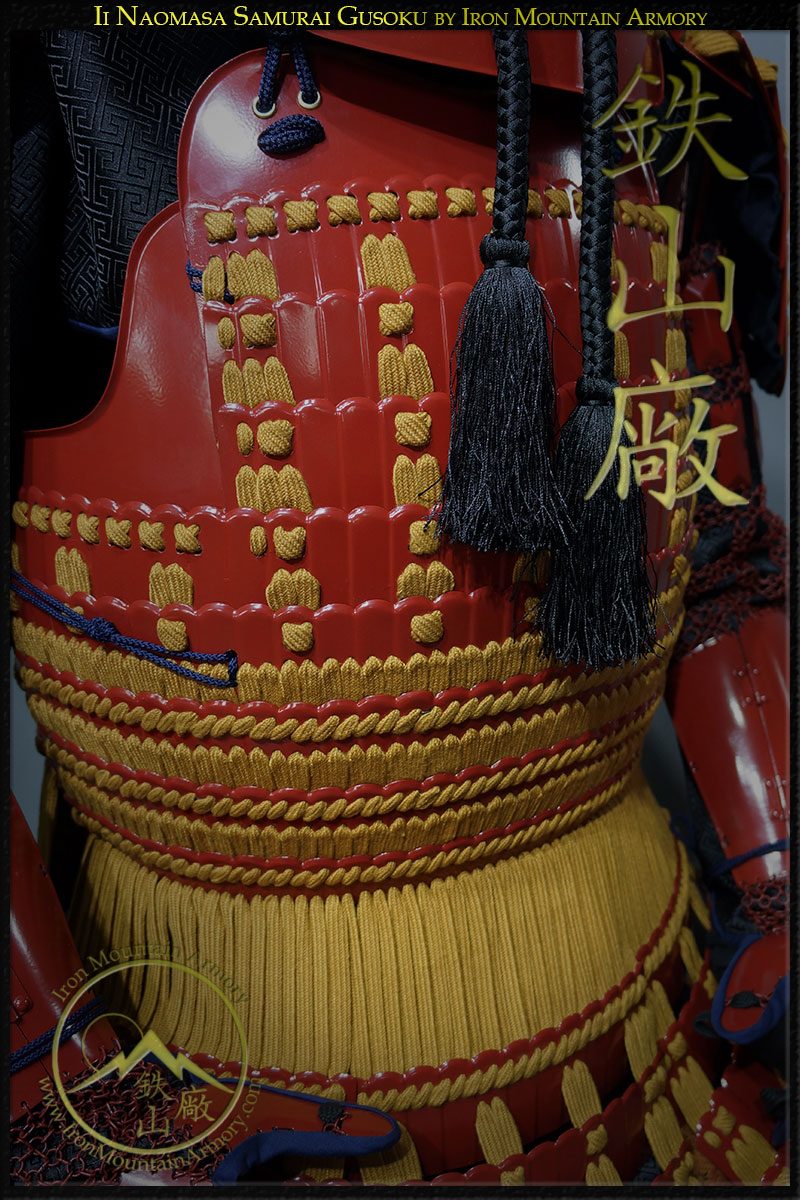 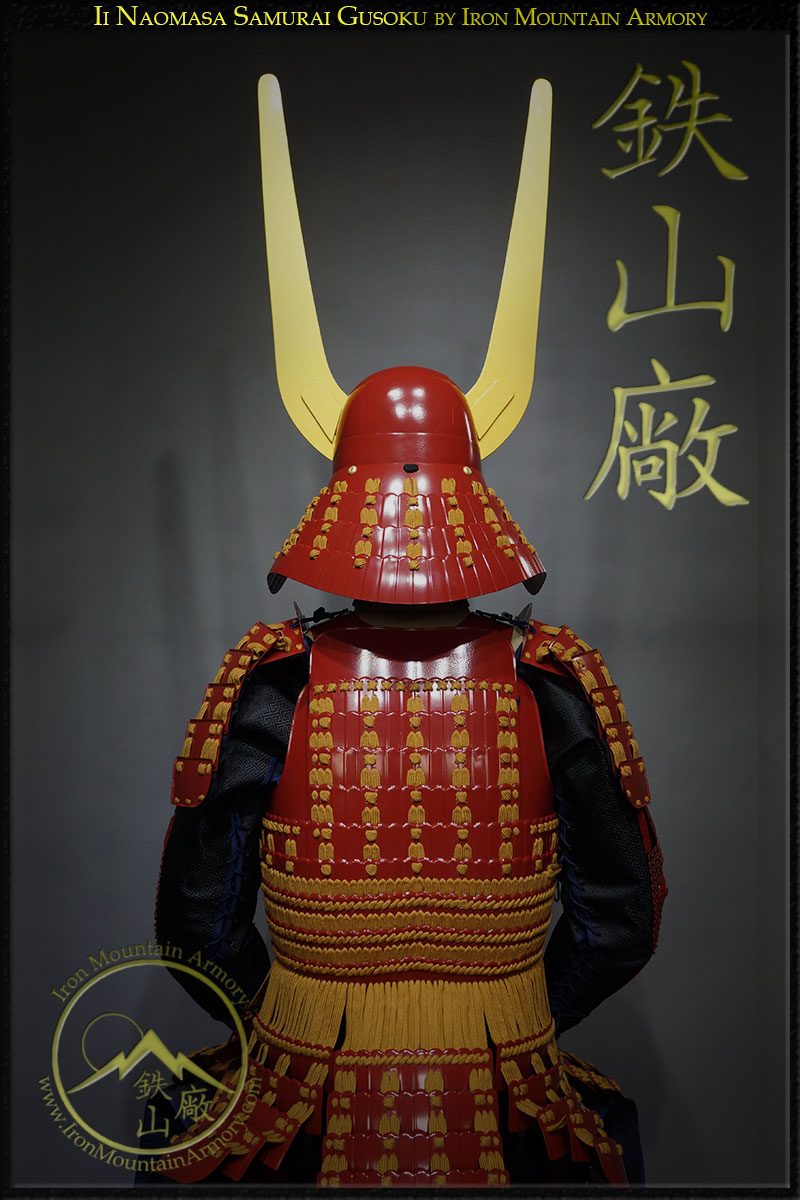 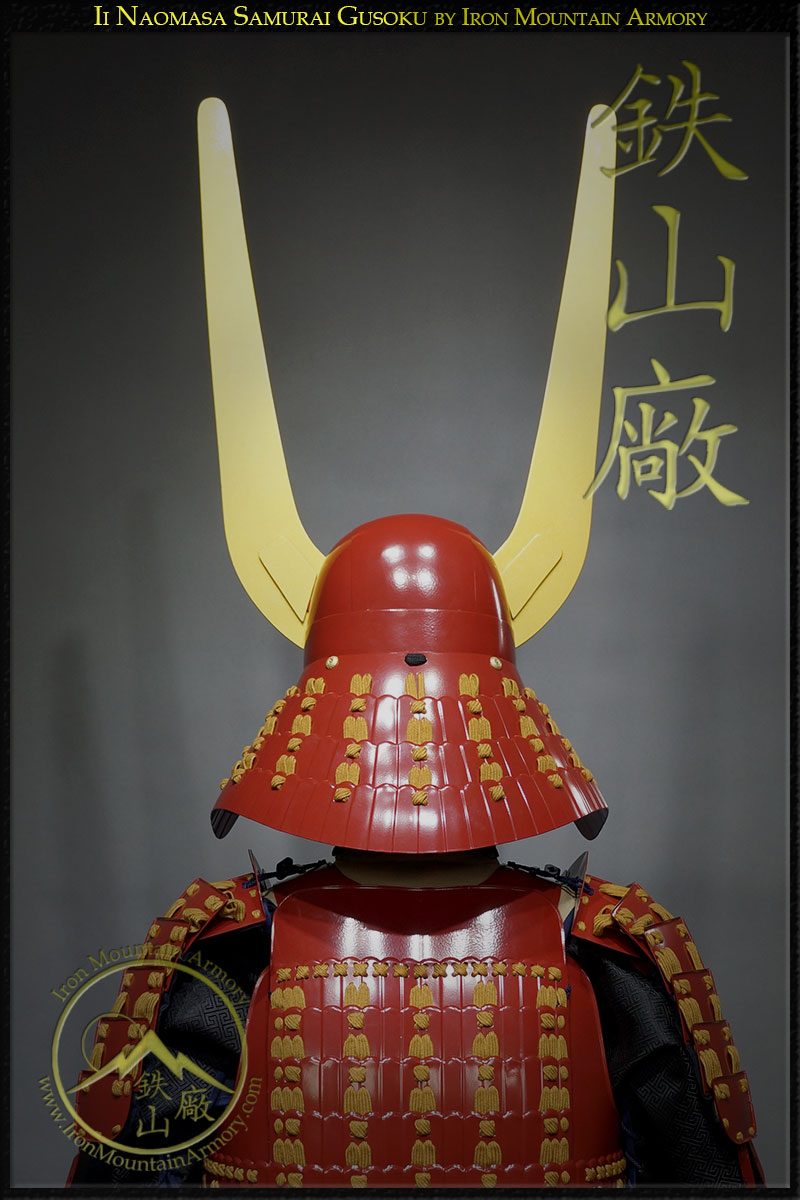 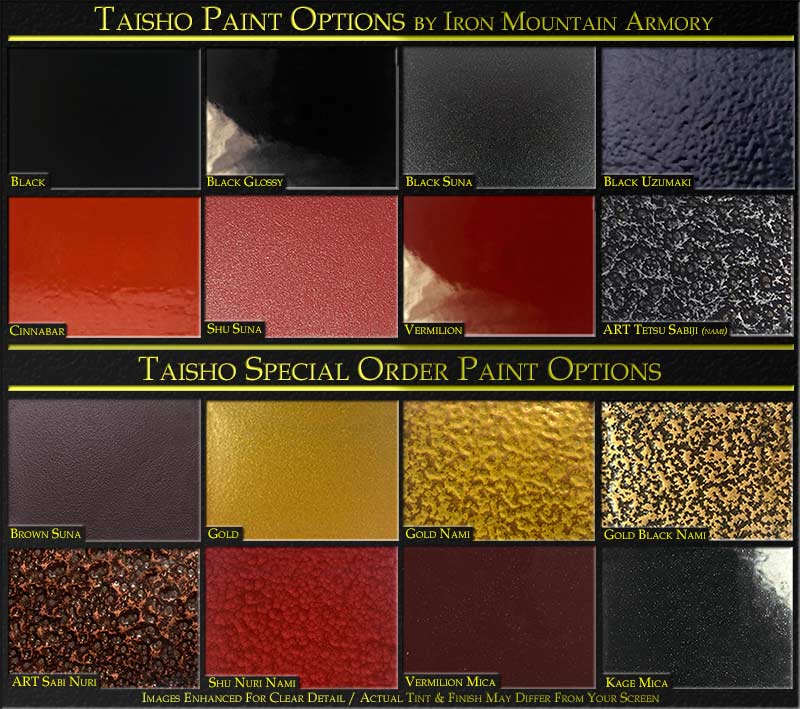 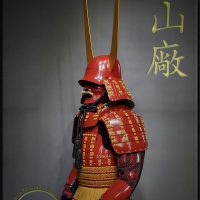 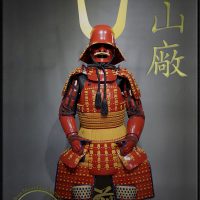 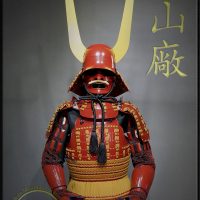 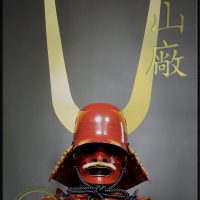 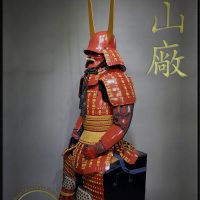 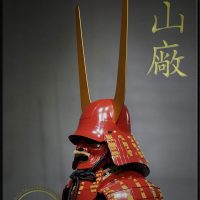 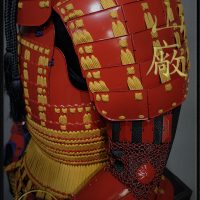 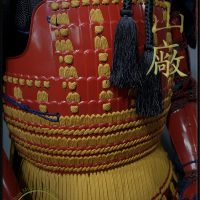 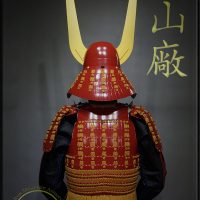 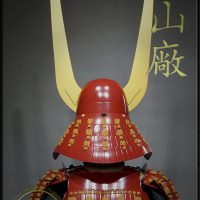 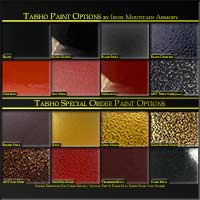 Ii Naomasa Taisho Samurai Armor set has been handcrafted in honor of the legendary Ii (ē) Naomasa (井伊 直政, 1561–1602) of the Tôtômi Province. Believed to have been inspired by the fabled Takeda Clan, Ii Naomasa adorned himself and his troops with samurai armor lavished in rich vermilion. The Ii clan’s samurai dominated the battlefield, rightfully earning the name “The Red Devils.” Naomasa himself was called Akaoni, or “Red Ogre.” This particular samurai armor set is adorned with Naomasa’s distinctive “lofty golden horns” (made of wood) and is without a maedate (helmet crest).  The young Taisho (general) served with honor and distinction under Tokugawa Ieyasu.  He would later become a founding member of the Tokugawa Shogunate and be known as, one of the “The Four Guardian Kings” or “The Guardians of the Four Horizons”.

Our most experienced Taisho katchû-shi (Japanese armor smith) faithfully craft this classical samurai armor set from the original samurai armor set Ii Naomasa once wore.  Featuring a kiritsuke iyozane okegawa do and etchû zunari kabuto with golden horns, which reach to the heavens. This classical and iconic armor set will give honor to any samurai on or off the battlefield. Although the options to replicate this samurai armor set, as seen, are pre-selected, our katchû-shi are happy to craft this armor from any of the options available on this page. If you would like the horns painted a different color or a specific length, please request it in the “comments” section of the order form.

The skilled katchû-shi at the Iron Mountain Armory handcraft this product at the time of your order. Please allow 5 to 6 weeks for crafting of this item.