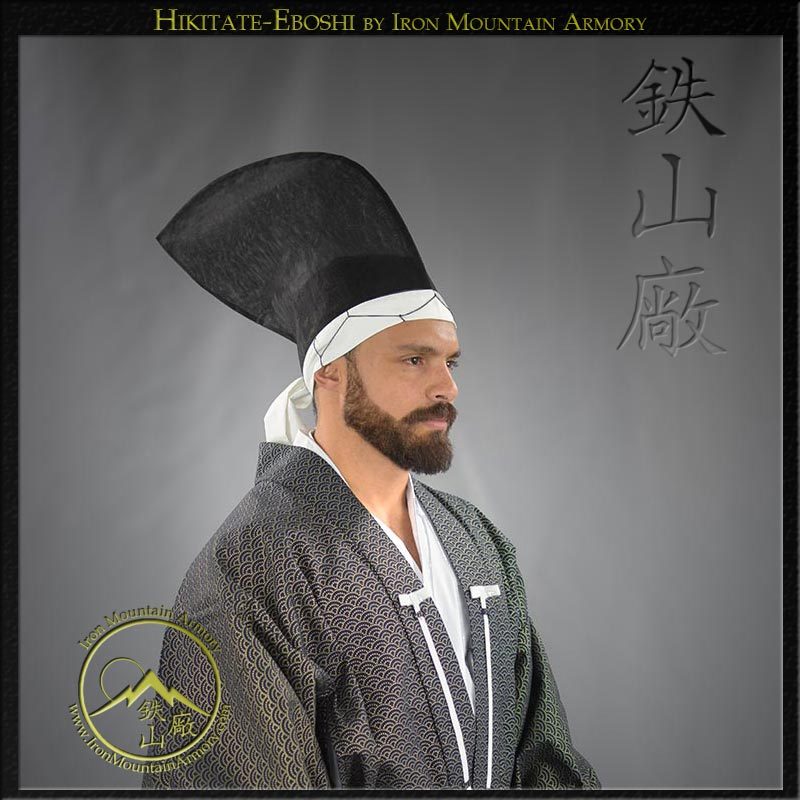 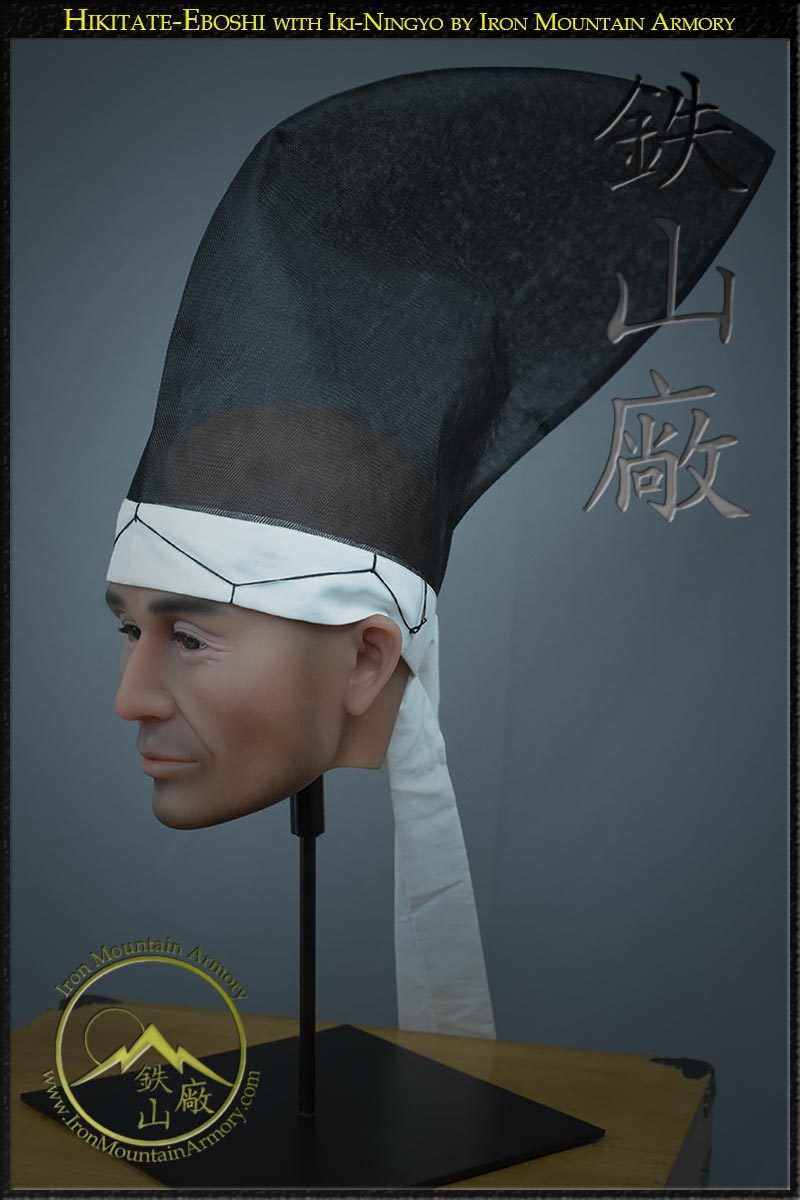 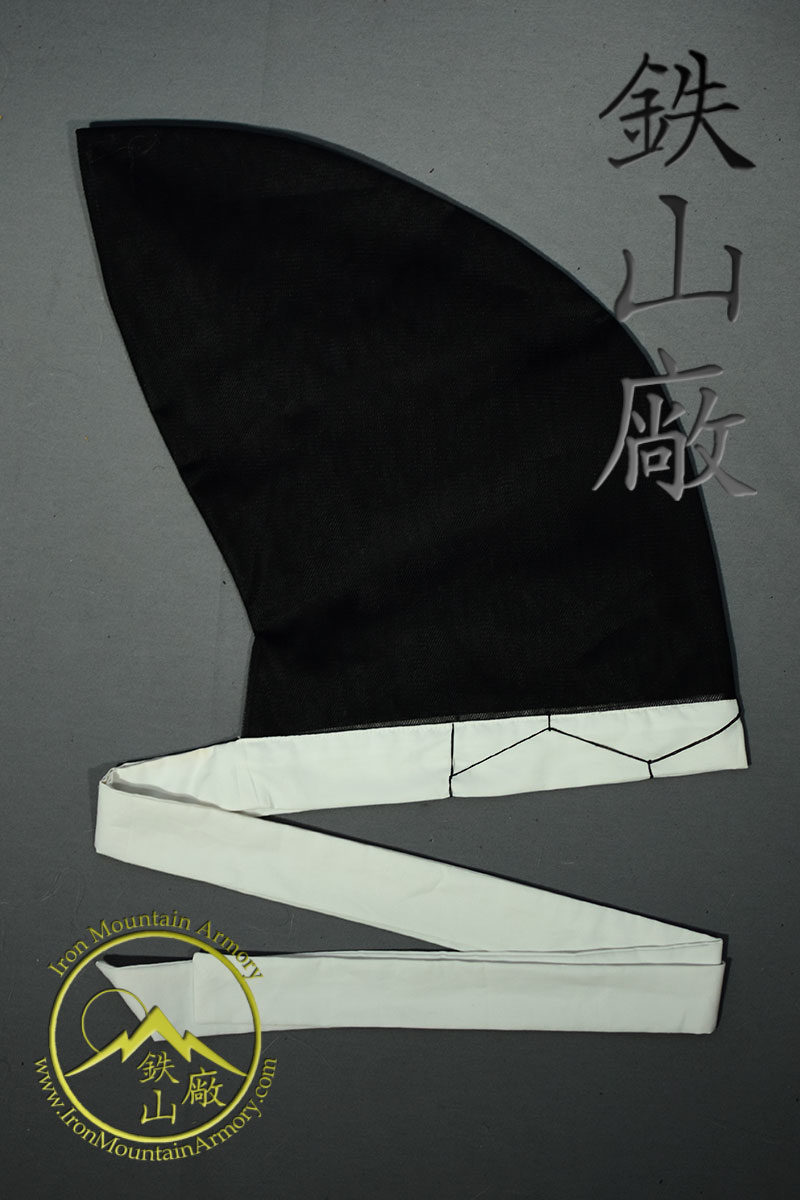 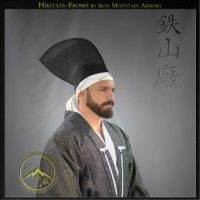 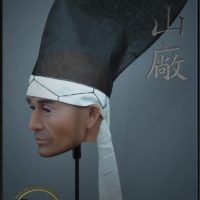 The Hikitate Eboshi (boshi), refers to a type of hat worn throughout historical Japan which was uniformly black in color. The name translates to “bird hat” because it resembles the feathers of a black bird. Over time, the style and shape of the eboshi developed along with the many different hairstyles, to show one’s rank within Japanese society. As the bushi rose in power and stature, so did the eboshi they used in daily life. Typically the eboshi was only worn after “gempuku” (the ceremony of passage to adulthood – typically the age of 12). In general, taller “tate-eboshi” were worn by higher ranking samurai, while the smaller eboshi were worn by inferior samurai, officials, standard-bearers and other lower rank professions.

Our Hikitate-Eboshi are handmade by Iron Mountain Armory at the time of your order. Please allow 1 to 2 weeks for crafting of this item.