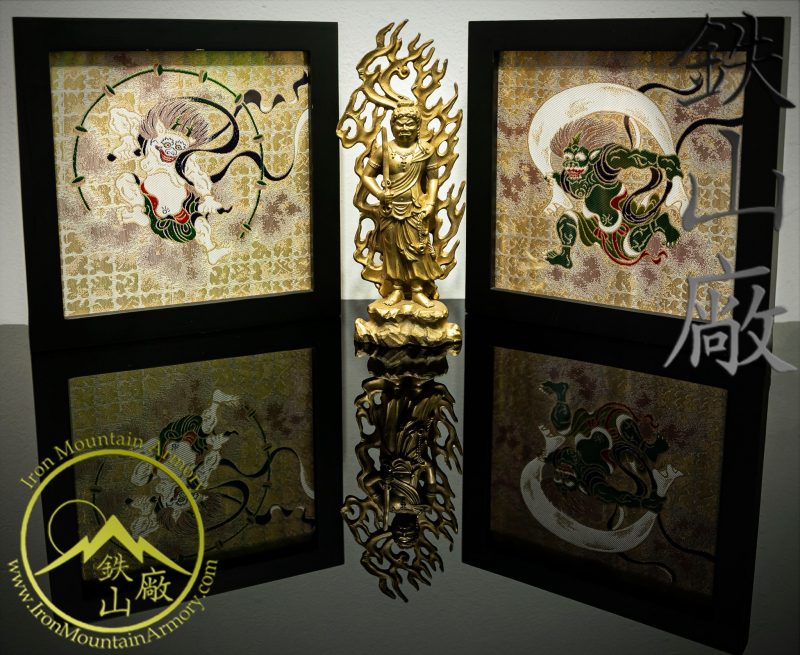 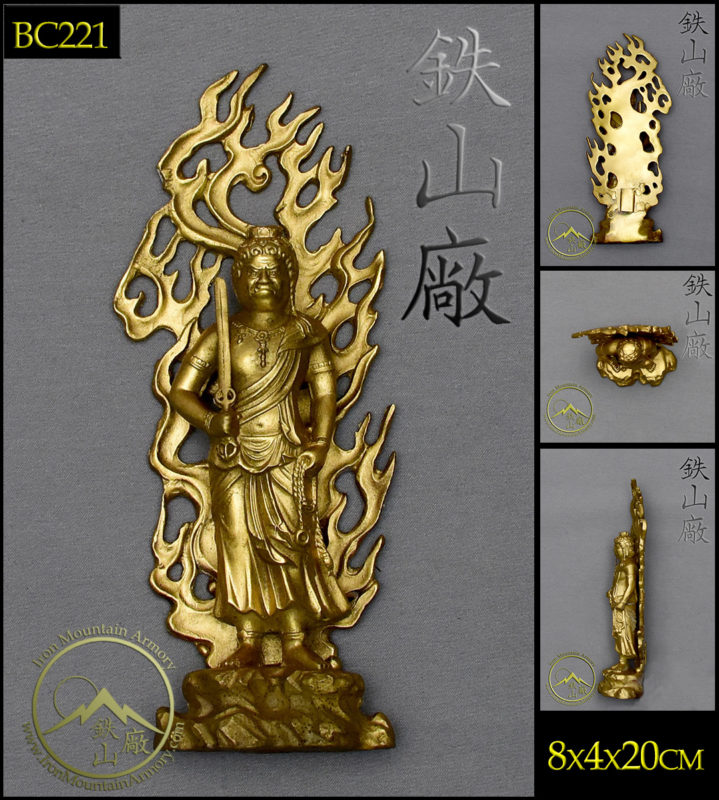 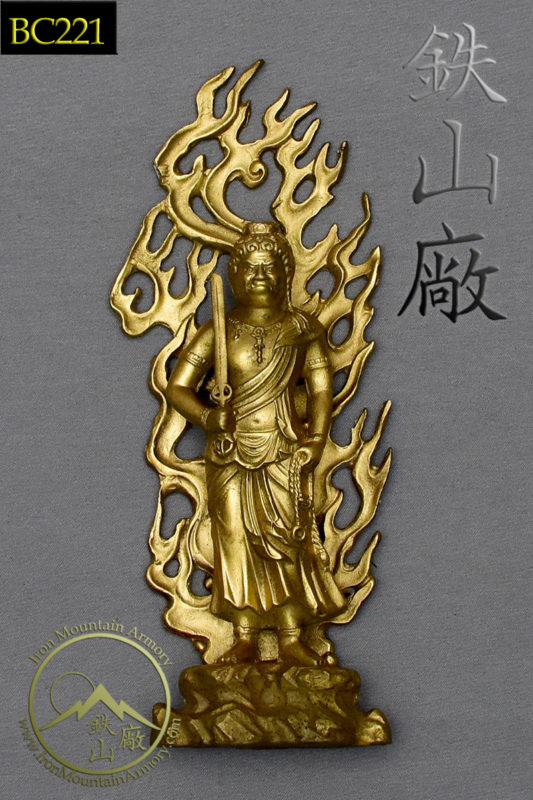 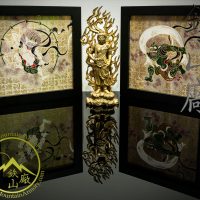 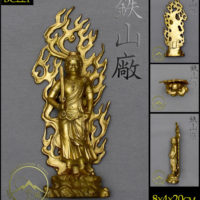 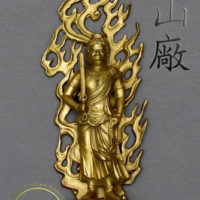 Fudo Myo-o is one of the 5 powerful warlike and wrathful deities from the Five Bright Kings, in both Japanese and Chinese Buddhism. In China, he is known through esoteric Tangmi traditions as Budong Mingwang (“The Immovable Wisdom King”). In the Hindu religion he is believed to be depicted as “Shiva”.  With his eyebrow wrinkled, his left eye squinting, and his lower teeth biting down on his upper lip, his expressive face shows extreme wrath. He has a round-belly which symbolizes that prosperity and wealth can go together with enlightened wisdom. He is engulfed in flame, and standing on a rock base. The flames in background are said to represent the purification of the mind.  He carries “kurikara” or devil-subduing straight sword in right hand (also represents wisdom cutting through ignorance).  Fudo holds a rope in left hand (to catch and bind up demons).  He is often depicted with a third eye in the forehead (all-seeing).  He stands on a rock to symbolize he is “immovable” in his faith. It is said Fudo seeks to frighten people into accepting the teachings of Dainichi.

Fudo Myo-o is one of the main deities of Shingon Buddhism (真言宗, Shingon-shū), which is one of the major schools of Buddhism in Japan.  Fudo Myo-o was popular among samurai as a guardian figure, sometimes called “the immovable one”, Fudo is steadfast in the face of danger.  His sword and wrathful expression make him the perfect symbol of the samurai warrior’s spirit.  By destroying ignorance and temptation, the sword also signifies wisdom.

Handcrafted by Iron Mountain Armory at the time of your order.  Please allow at least 1 to 2 weeks for crafting of this item.