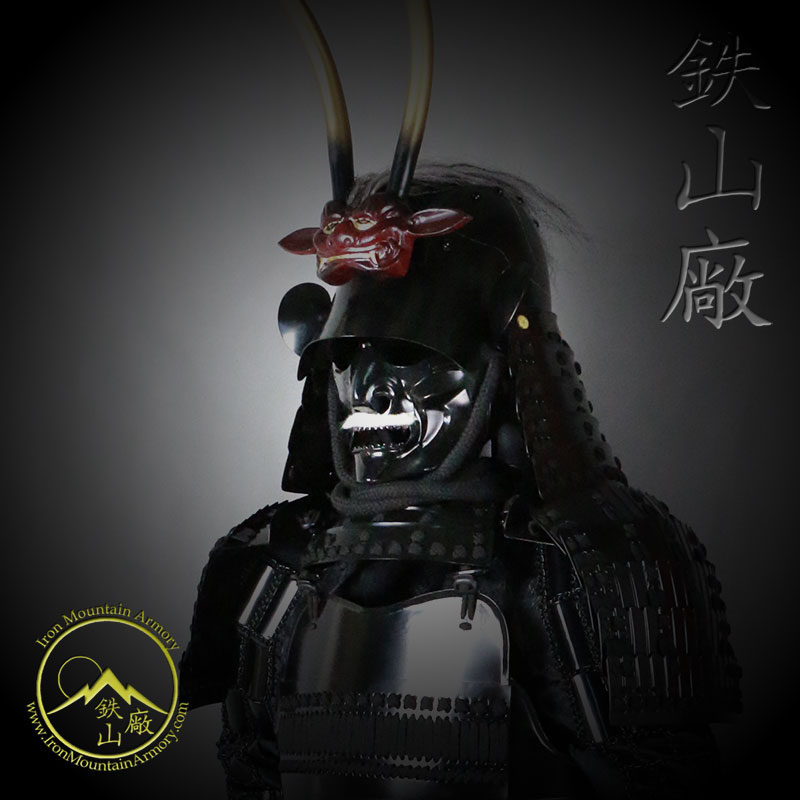 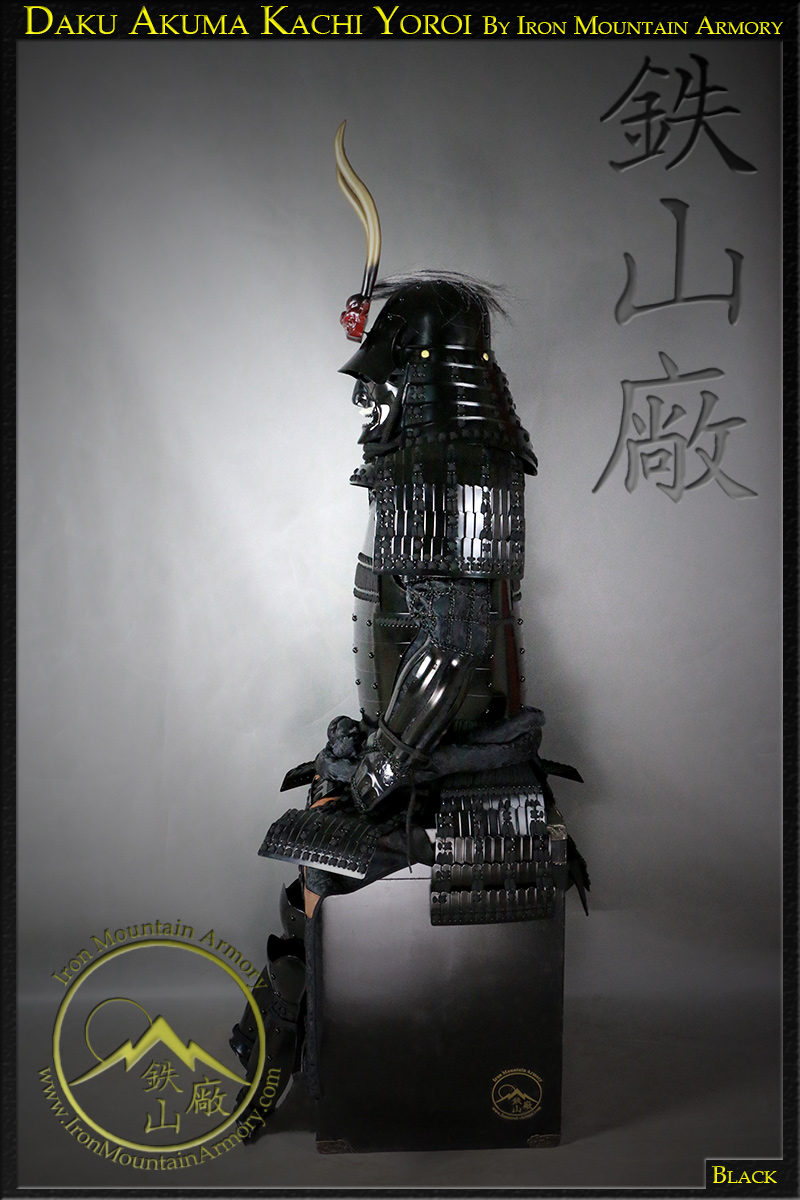 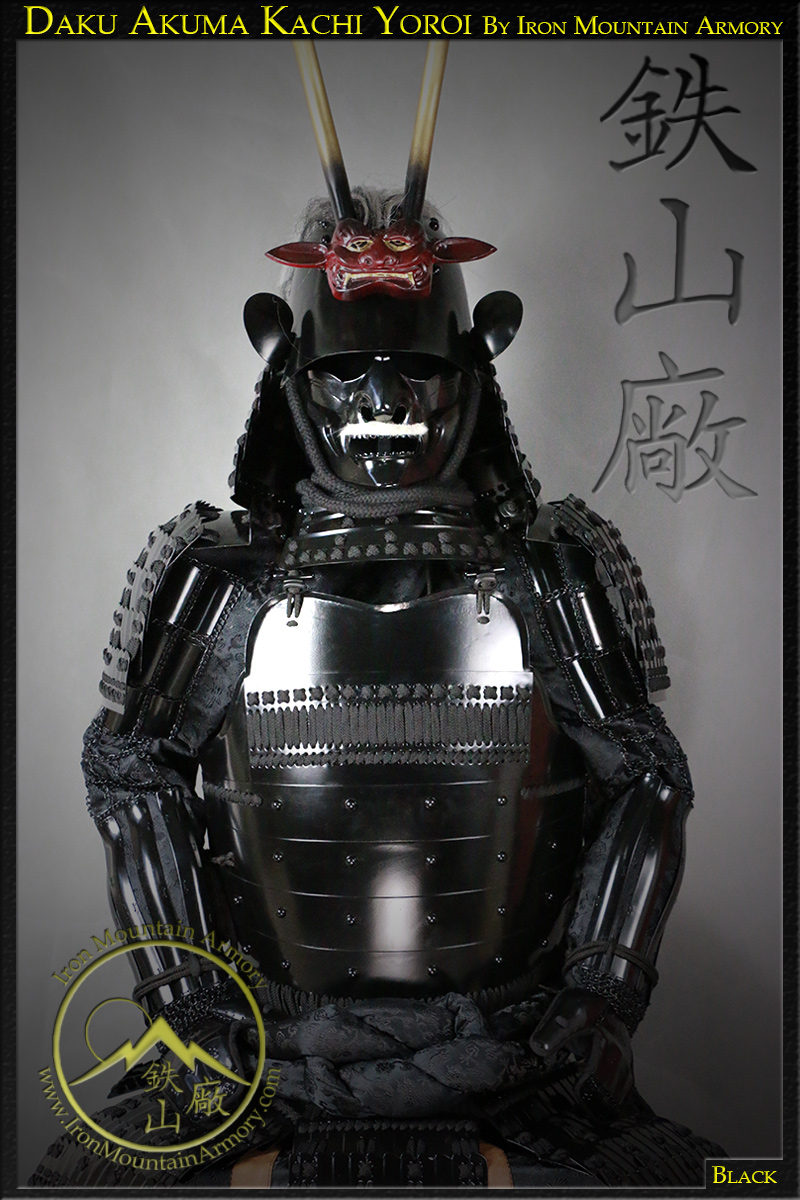 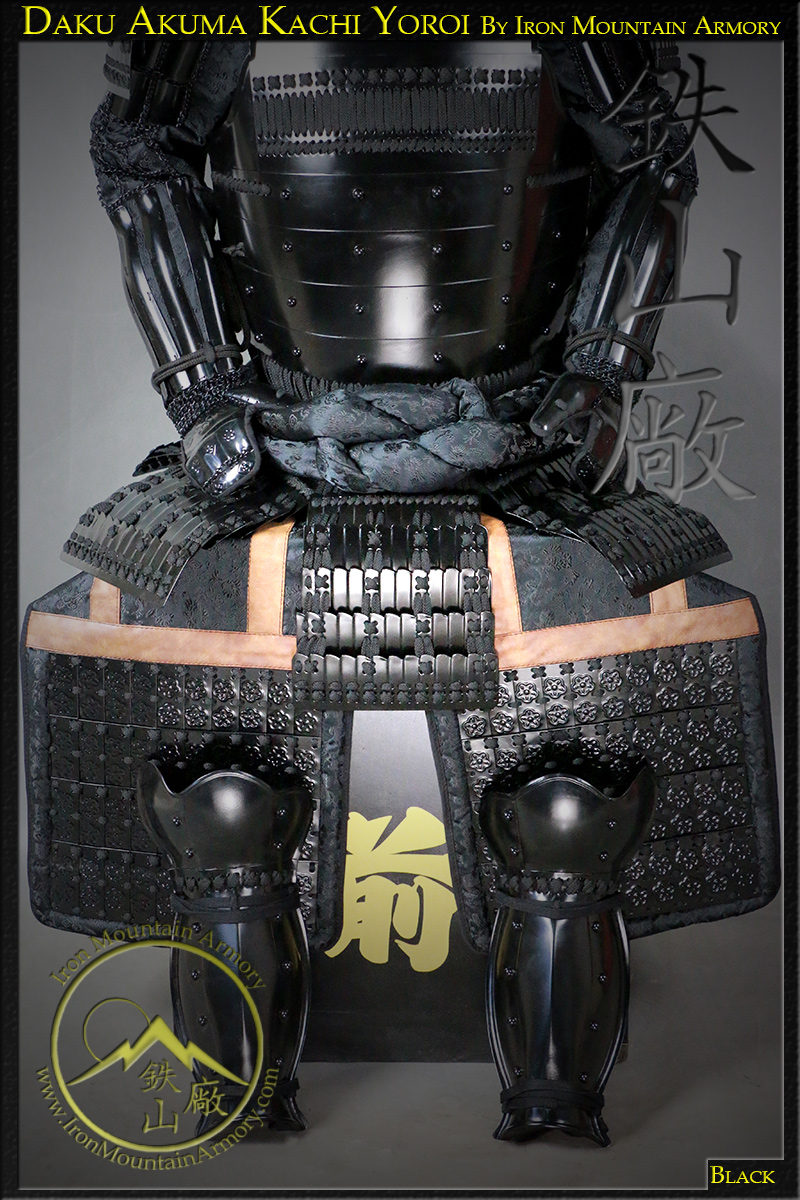 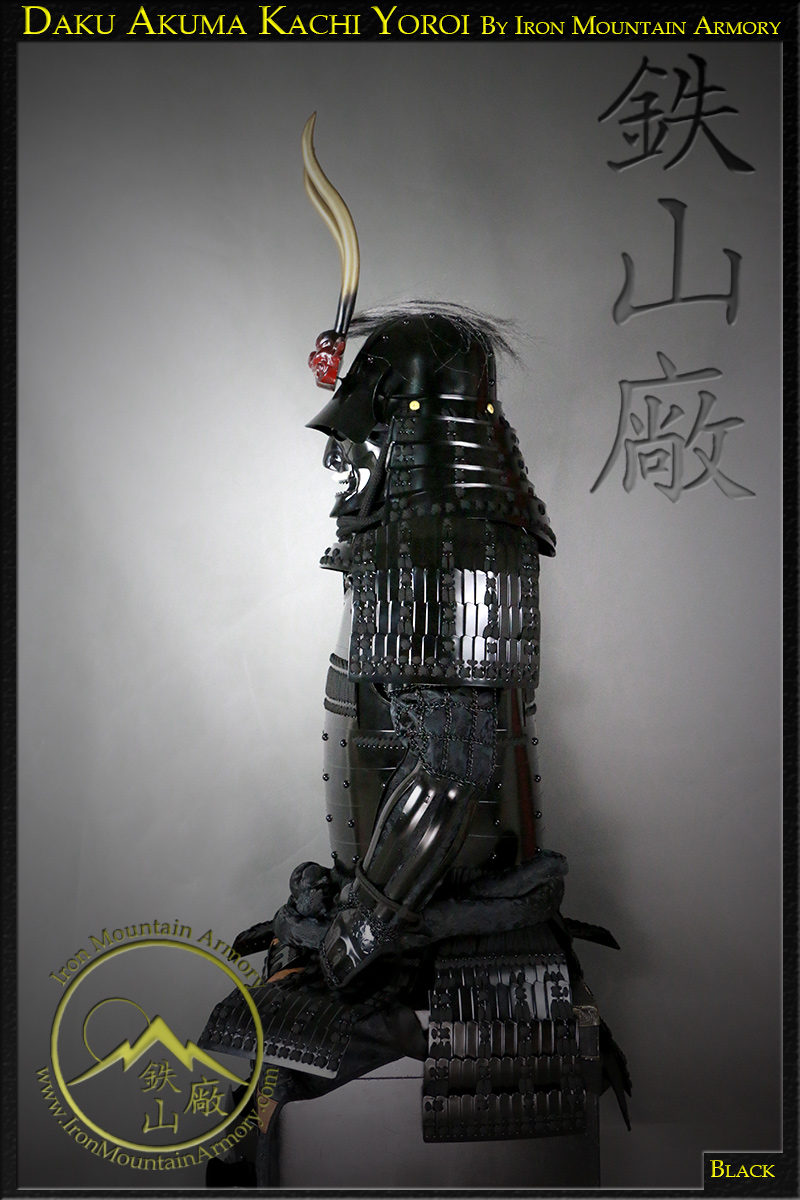 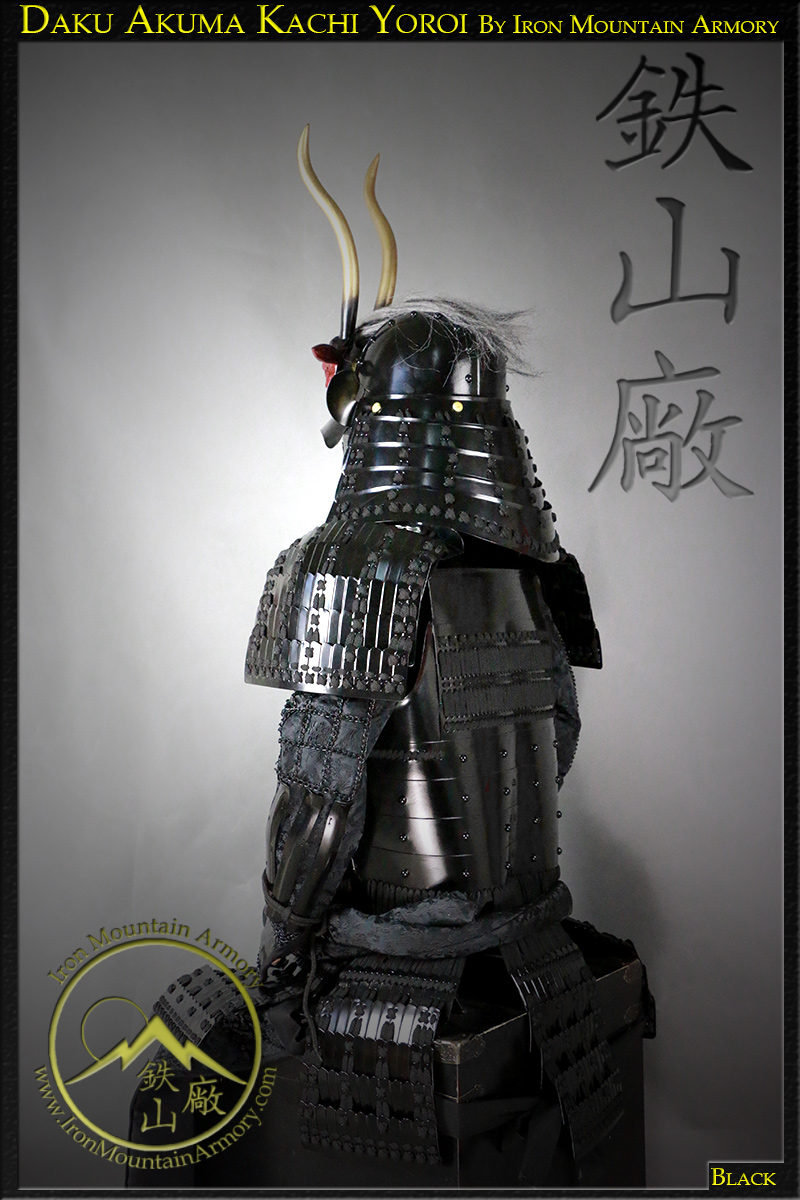 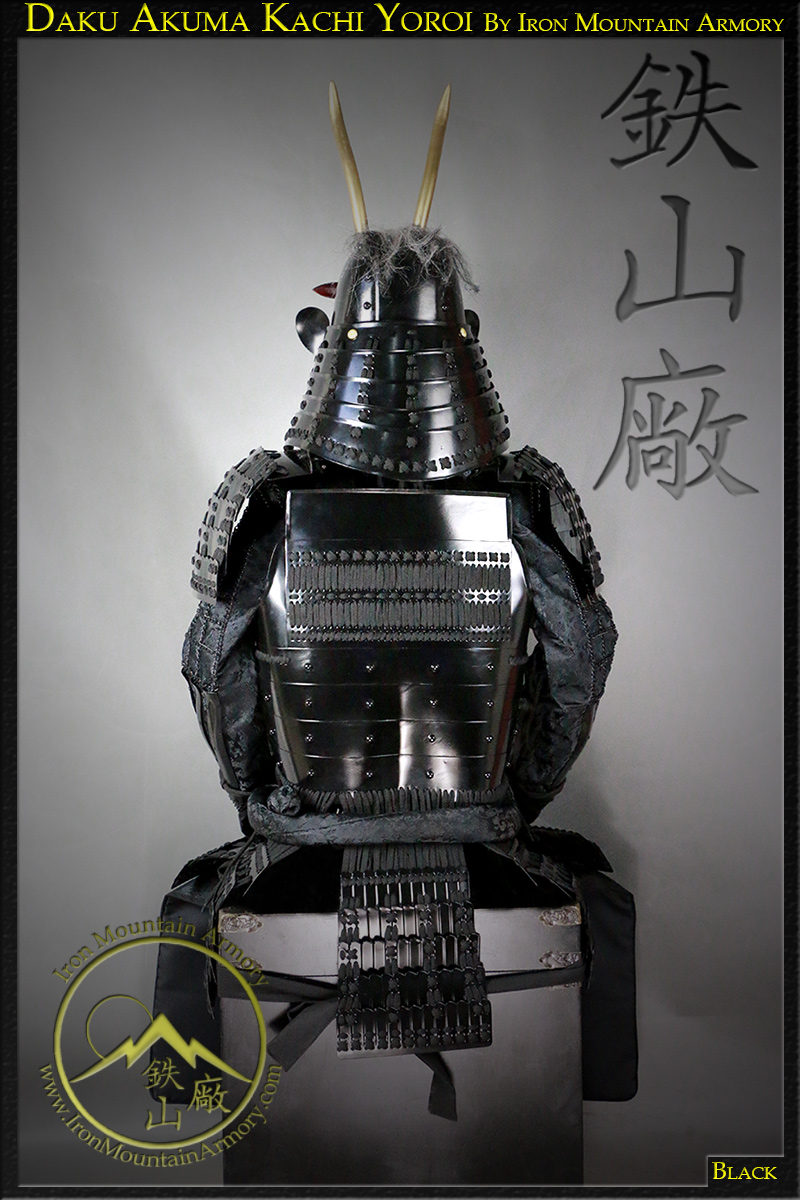 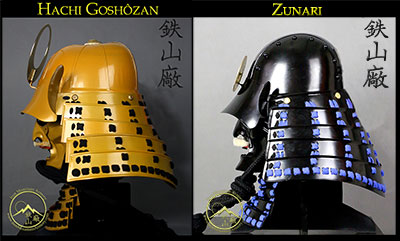 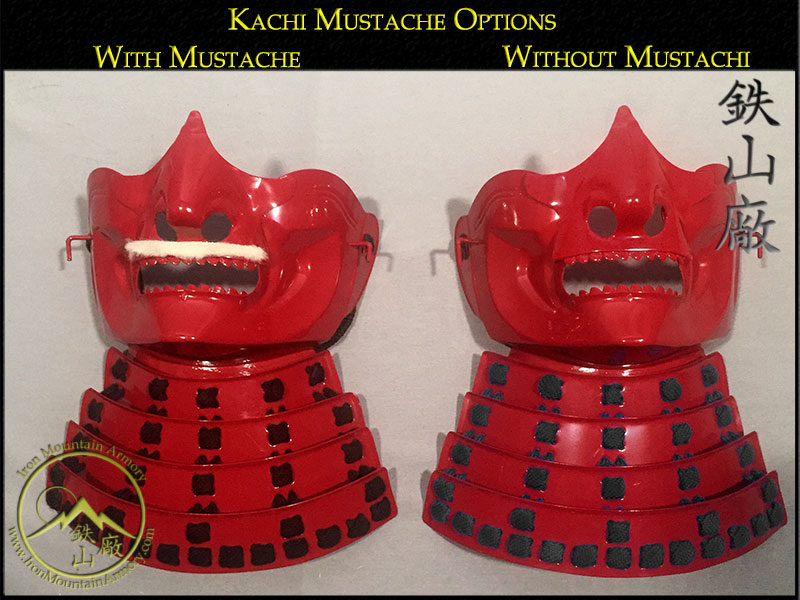 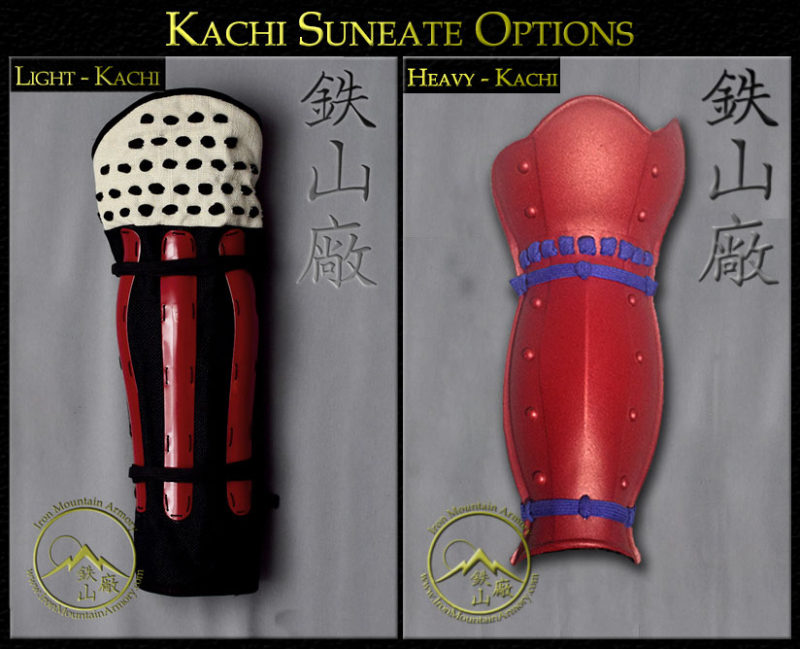 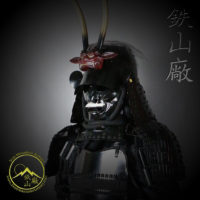 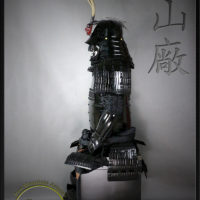 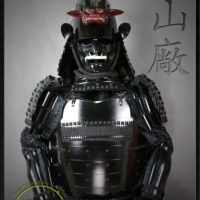 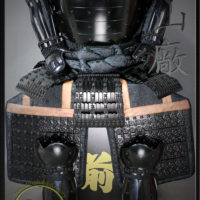 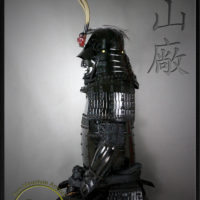 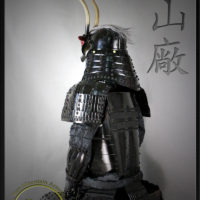 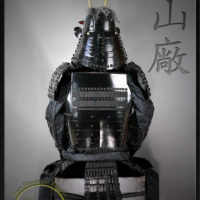 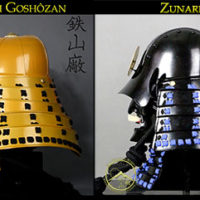 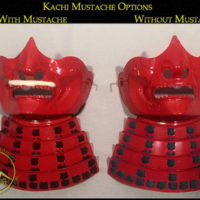 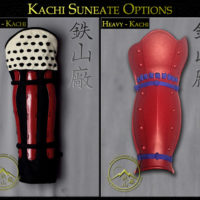 The Daku Akuma Kachi were samurai infantry who would march within the lines of their ashigaru (foot soldiers), and would charge into enemy lines once the battle began. Through their superior fighting skills and tremendous courage given to them by the Daku Akuma (dark demon), they would proceed to cut their way through the opposing ashigaru, causing them to divide and be swallowed up by the darkness of pursuing ashigaru.  They were also known for taunting enemy samurai in battle, increasing their anger and likelihood to make a mistake, later drawing them into direct battle. Their ashigaru could cut them off from support while the Daku Akuma Kachi samurai would finish them off with ease.

Our katchû-shi (Japanese armor smith) will take great care in crafting this kachi samurai yoroi set. It features Kiritsuke Iyozane (simulated scale) sode (shoulder guards) and kusazari (defensive skirt plating).  We are happy to customize your order by sizing it for you as well as crafting a different style of helmet, mask or shin style.

The apprentice katchû-shi at Iron Mountain Armory handcraft this product at the time of your order. Please allow 2 to 3 weeks for crafting of this item.